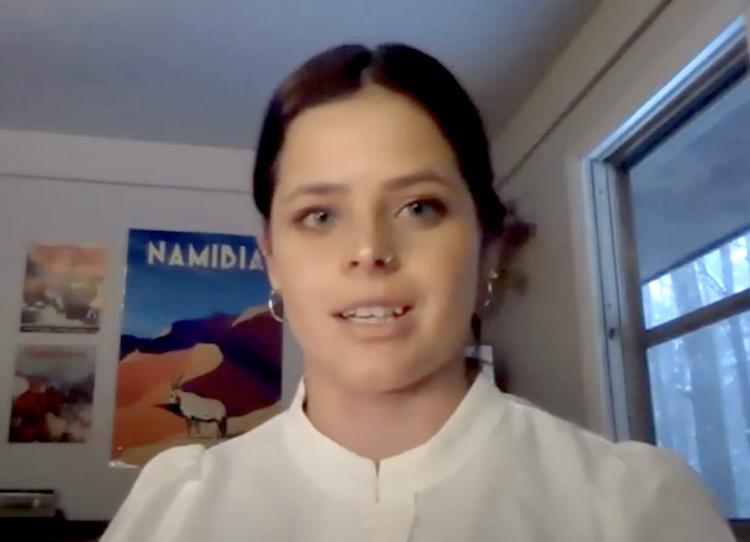 Northern Michigan University has announced the winners of its recent Three Minute Thesis (3MT) competition. Caro Els of the School of Health and Human Performance won both first place and people's choice in the graduate student category for her presentation titled “Maximum External Load During Max Squat Protocol with Different Abdominal Stabilizing Maneuvers.” Mandy Bonesteel of Sociology won first place and people's choice among McNair Scholar participants with “The Case Against Meritocracy.”

The 3MT is about communicating often-complicated concepts in a way that is comprehensible and interesting to the layperson. Participants had only three minutes to present their original research in language appropriate to a non-specialist audience, and were limited to one static PowerPoint slide as a visual to complement their talk.

Nicole Thomas of Psychological Sciences was runner-up among graduate students with her presentation, “Relationship Between Apolipoprotein E Gene Expression and Chemotherapy Induced Cognitive Impairment.” The McNair Scholars runner-up was Gwen Murray of Mathematics with “Surfaces as Interplay Between Topology, Geometry and Algebra.”

The judging panel for this year's event, held virtually because of inclement weather, included: Tom Anthos, president of Trimedia and chair of the board of directors for Innovate Marquette Smartzone; Dan Arnold, director of the Superior Health Foundation; Amy Berglund, director of business initiatives for InvestUP; and Meagan Morrison, social responsibility adviser for Eagle Mine.

Bonesteel with her slide
Prepared By