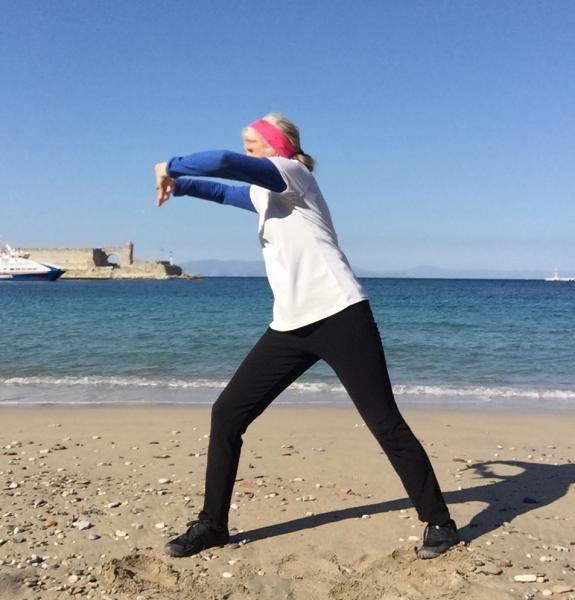 Northern Michigan University alumna Margaret Vainio ('76 BA) recalls a life-changing trip to Finland with the NMU Arts Chorale when she was a student. As the group was preparing to leave, she asked the bus driver to drop her off at the train station because she felt inspired to stay longer. A year later, she moved to Finland permanently and eventually was exposed to Asahi, a Finnish exercise program. Now she has started a second career as an Asahi instructor and will soon bring it to NMU.

Similar to yoga, Asahi combines breathing and movement to exercise the body and relax the mind. Vainio said it is “an equal-opportunity form of exercise” for all activity levels and has a low risk of injury. It can be practiced in a standing or sitting position.

“In the midst of the COVID-19 pandemic, Asahi has been recognized as a safe practice because it can be done outdoors, with masks on and at a distance from others,” Vainio said. “It exercises the muscles, stimulates the mind to fight off depression and stimulates the metabolism, boosting the immune system. In addition, it trains the reflexes, coordination and balance, all of which degenerate from too much sitting.”

Vainio trained with three developers of Asahi for approximately 10 years. In April, she will become the first woman licensed to teach all levels to both students and instructors. This coming fall semester, she will share her expertise with her alma mater by leading two courses in the practice.

“I'm excited that NMU will be the first institution in America to offer Asahi,” Vainio said. “Practicing Asahi would benefit NMU students in many ways. Just a two- to three-minute Asahi break every 45 minutes while studying does wonders to improve your posture, get your blood circulating to your brain and get fresh oxygen into your lungs. You gain back the time spent doing Asahi because your brain functions better and faster again. Asahi meets you where you are, so as an Asahi instructor, I can create safe exercise routines for people of all ages and in all states of health.

“My favorite place for Asahi is at the beach, so I'm looking forward to leading classes by the shore of Lake Superior when I arrive there in August. I only lived in Marquette five years total, but when people ask me where I'm from, I always say ‘Marquette, up on Lake Superior.'”

Vainio worked for more than 30 years as the director of music at a parish of the Finnish Lutheran Church. When she was first exposed to Asahi in 2009, she said she realized immediately that it was the perfect way to warm up her choir before singing. It soon became her personal practice as well.

“I didn't have a clear career goal while I was studying at NMU,” she said. “It turns out that the NMU courses I took in music history, choral repertory and developing choral groups, and the experience of singing in both Arts Chorale and Choral Society, prepared me very well for my first career as a Lutheran director of music.”

She relocated to Rhodes, Greece, to work as a Lutheran organist for four years prior to her retirement and now winters there. Vainio introduced Asahi to the residents of Rhodes and said that the Finnish Asahi Nordic Organization now makes week-long trips there. Rhodes also has its own Asahi group that meets several times a week. Vainio said that she wants to continue spreading Asahi to new places.

Vainio plans to offer classes for the community and short virtual classes while she is in Marquette. She said that she will also host as many weekend teacher training workshops in the Great Lakes area as possible. Information about these offerings will be available on the Asahi World website here.

Vainio brought two different Finnish choirs to perform at FinnFest USA in 1996 and in 2007. At the last four FinnFests, she taught Asahi to Finnish Americans. She holds a master's degree in music from the University of Jyväskylä. She was married for more than 30 years and has three children and two grandchildren.

There are six NMU graduates in Vainio's immediate family. Her father, Ted Sell, was a staff member of NMU's Continuing Education department for more than ten years, retiring in 1983. Her daughter did an exchange year at NMU in 2002-03.

NMU's two fall semester Asahi course offeringsare scheduled from 10-10:50 a.m. Mondays and Wednesdays and 10-10:50 a.m. Tuesdays and Thursdays, respectively. Both courses will need to fill in order to be offered. 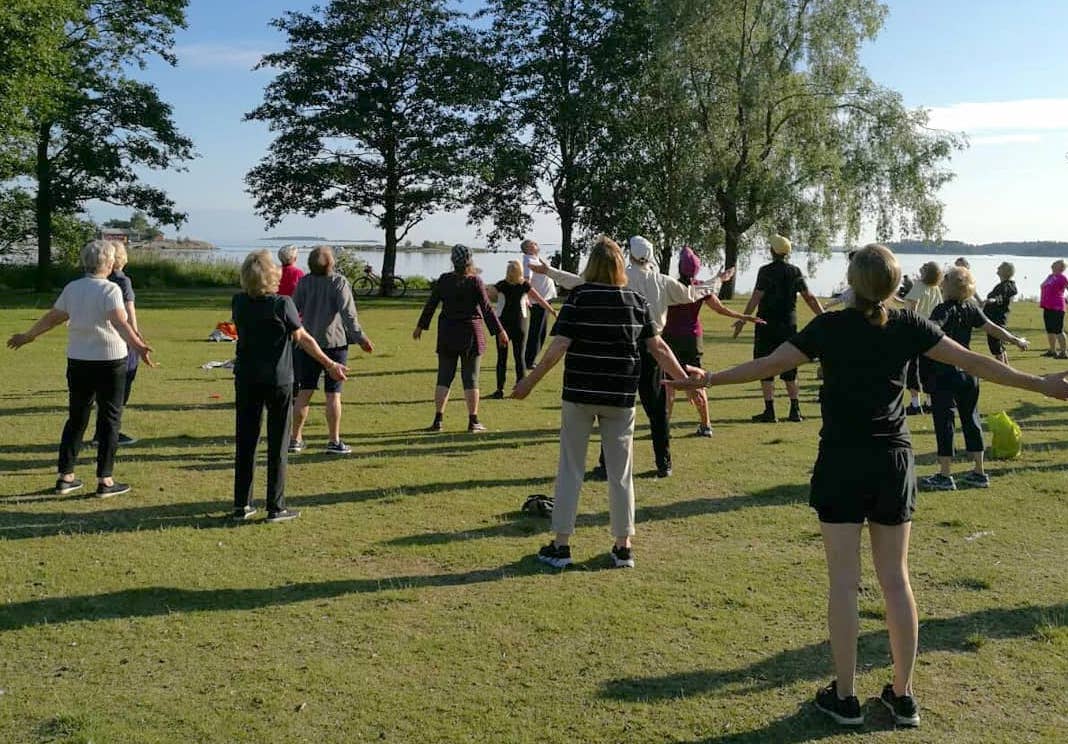 A past group class outdoors 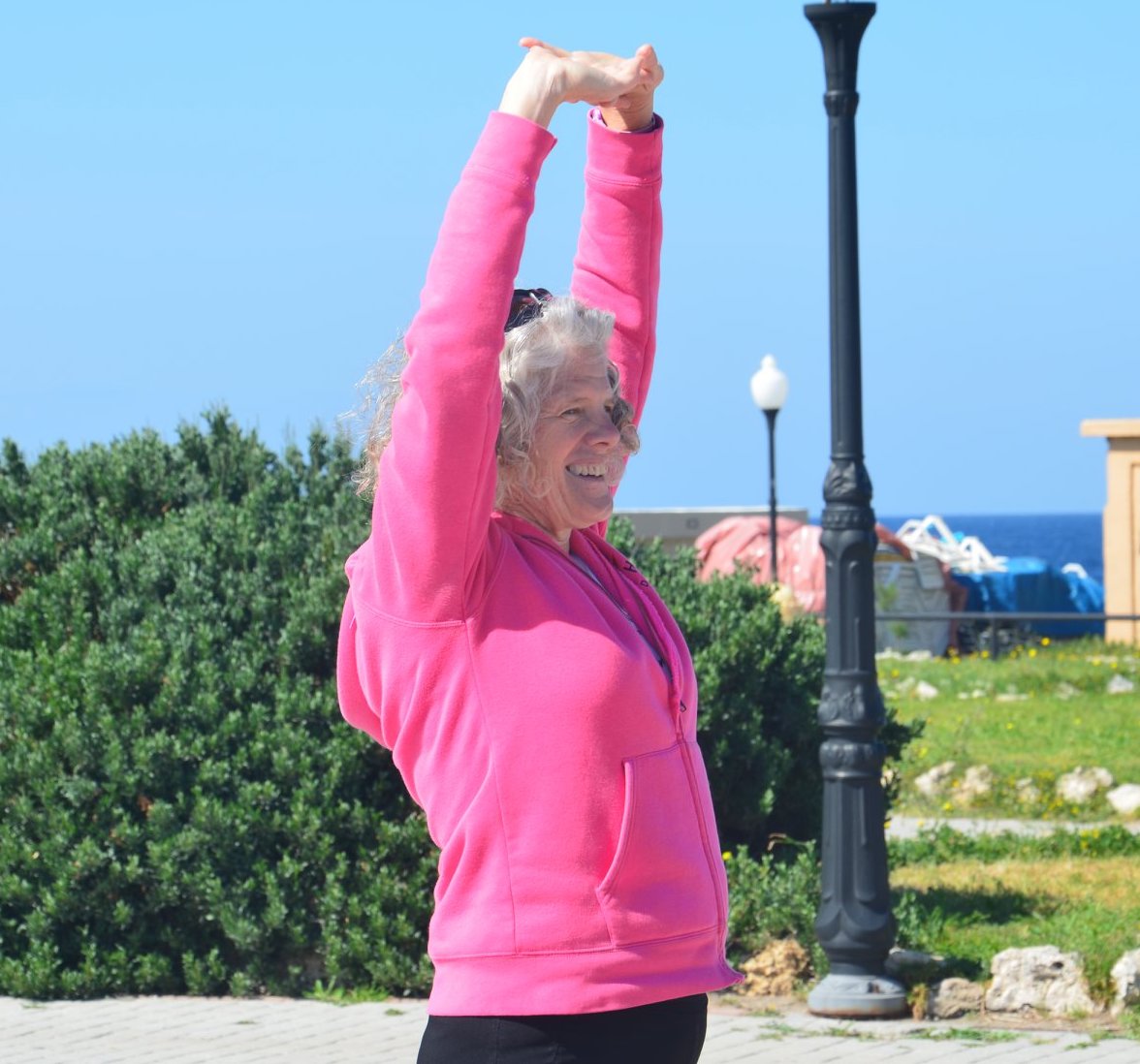