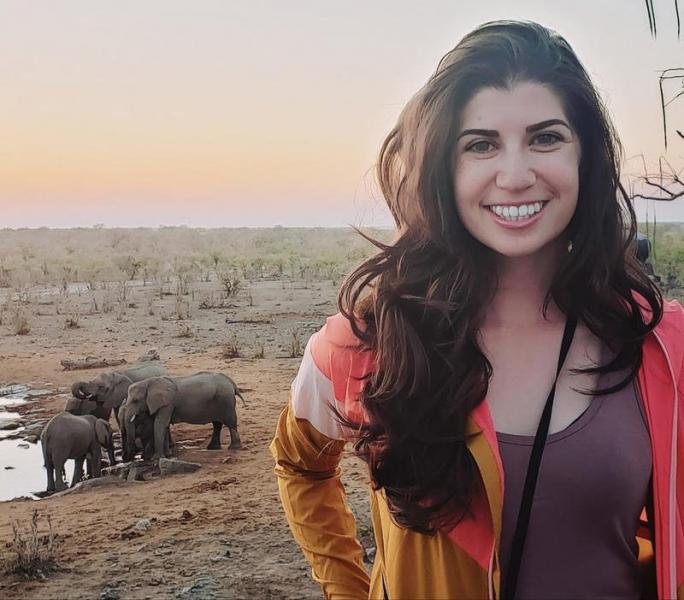 NMU alumna Mallory Fischer ('15 BS) is the new communications and membership specialist for Environmental Defenders of McHenry County, a nonprofit based in her hometown of Woodstock, Ill. According to its website, Defenders' teams and committees address issues facing natural areas, water resources and open spaces, as well as decisions being made by county and city officials that could impact the environment.

After earning a bachelor's degree in fisheries and wildlife management from NMU, Fischer completed a master's in conservation biology from Miami University of Ohio.

During her studies, she traveled to Brazil, Mexico, Mongolia and Namibia to analyze the impacts of climate change on local communities. She also helped to develop environmental education resources, scientific research practices and various community-based conservation efforts, stated a press release announcing her hire.

“If my experiences have taught me anything, it is that conservation efforts are strengthened when we make an effort to be understanding and open-minded enough to hear perspectives that are different from our own," Fischer said in the release. "By working together and listening to one another, we can impact the planet in a very positive way.”

The newly created part-time position with the Defenders organization was made possible through a grant from The Grand Victoria Foundation. Fischer was selected through a "competitive process where 15 individuals applied for the position," the release stated.

Fischer graduated from Woodstock North High School, where she participated in Green Club, Key Club and Spanish Club. She said the McHenry County area "has had a profound impact on my relationship with the environment.”

Established in 1970, Environmental Defenders of McHenry County is a grassroots organization committed to building sound ecological relationships between people and the natural world that supports all life, its website states.

"From the formation of the McHenry County Conservation District to curbside recycling, from the regulation of gravel mining to the passage of the Illinois Groundwater Protection Act, the Defenders have been at the front line, working closely with local, municipal, and county government while advocating for a healthy environment."