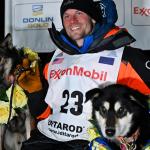 Mar. 15, 2021 —
Dallas Seavey, who trained as a wrestler at the U.S. Olympic Education Center at NMU, won a record-tying fifth championship in the Iditarod Trail Sled Dog Race Monday morning, matching the mark of Rick Swenson. Seavey had made Iditarod history twice before: in 2005, when he became the youngest musher to run the race; and in 2012, when he became the youngest to win it.
Read more about Seavey Wins Record-Tying Fifth Iditarod 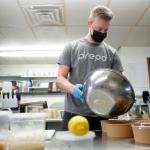 Mar. 3, 2021 —
When the pandemic pushed his main revenue sources—catered events in the Fox Cities area and meals prepared for a brewery tap room—to the back burner, NMU alumnus David Bennett (BS '17) opted to adapt rather than wait it out. He successfully accelerated the launch of a take-and-heat meal service to keep the business going.
Read more about Alumnus Cooks Up COVID-19 Response 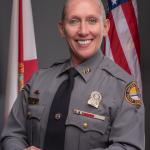 Feb. 16, 2021 —
Northern Michigan University alumna Jennifer Whittet (BS '98) has become the first woman to hold the rank of deputy chief in the Daytona Beach Police Department. She is also only the second woman to reach that rank in the Seventh Judicial Circuit that includes four counties.
Read more about Alumna is First Female DBPD Deputy Chief 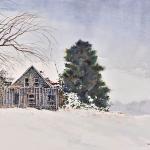 Jan. 21, 2021 —
A car accident motivated U.P. native and alumnus Mike Sherman (BFA '83, MA '89) to refocus on his art, which he had honed as an illustration major at NMU. The self-described “artist naturalist” creates vibrant watercolors and detailed drawings that often combine his love of nature with nostalgic structures such as an old building or barn.
Read more about Alumnus Refocuses on Artistic Passion 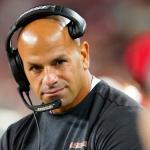 Jan. 15, 2021 —
Northern Michigan alumnus and native Michigander Robert Saleh is the new head coach of the New York Jets. He spent the past four seasons as the San Francisco 49ers' defensive coordinator and has coached in the NFL since 2005.
Read more about NY Jets Hire Saleh as Head Coach 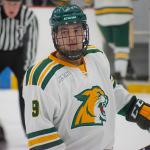 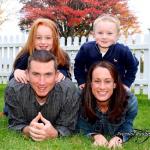 Jan. 8, 2021 —
Alumni and the NMU community are invited to join the NMU Alumni Association for Northern Now on Jan. 13.
Read more about Artificial Intelligence with NMU Faculty and Alumni 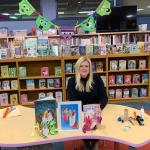 Dec. 21, 2020 —
Being an educator for K-5 students in the midst of a pandemic comes with many challenges that require patience and the ability to adapt quickly. Northern Michigan University alumna Suzanna Schroeder (‘95 BS, ‘99 MA) is the library media specialist for Brown Deer Elementary School in Wisconsin. She has been coming up with new initiatives to keep her students informed and engaged.
Read more about Alumna Educator Shares COVID-19 Impacts