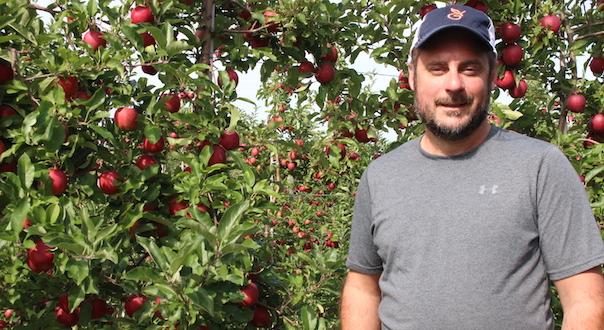 Chris Alpers, a 2006 NMU graduate, is the new chair of the USApple Association board of directors for the 2021-22 term. The third-generation grower serves as operations manager of RedPath Orchards and Alpers Farms, where he grows apples, as well as sweet and tart cherries. He is also a partner in Alpers Tree Sales in Lake Leelanau, Mich.

Alpers leadership in USApple began when he was selected as a Young Apple Leader in 2014 and has since continued, including three years of service as a USApple officer. His immediate past role was vice chair of the USApple Board of Directors and chair of the organization's government affairs committee. He has also served as chair of the communications committee.

“Chris is a combination of positive attitude, grower know-how, and farm policy smarts,” said USApple President and CEO Jim Bair. “He was the first person to testify at the first hearing of the last Farm Bill, which is the kind of policy leadership we're looking forward to. Although he's busy running successful orchards and has two small children, he never says no to any request to put his shoulder to the wheel.”

Aside from his leadership with USApple, Alpers serves on the boards of the Michigan Apple Committee, the West Central Michigan Research Station, the Leland Township Board of Review and the Michigan State Horticulture Society, where he also serves as research chair.

His wife Jessica (Rasch) is a sixth-generation grower, and their two children, Raymond and Harper, are seventh generation.