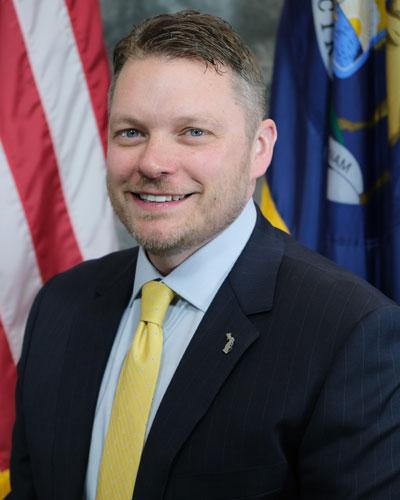 Northern Michigan University alumnus Mark Burton ('99 BS) has joined Honigman LLP as partner and co-leader of the firm's economic development incentives group. He  additionally serves in the government relations and regulatory practice and is based in Honigman's Lansing office, according to a press release. Burton most recently served as CEO of the Michigan Economic Development Corporation (MEDC).

The Champion native joined the MEDC, the lead advocate for marketing the state, in March 2020, just as COVID-19 became prevalent in Michigan and across the country.

"During his tenure, he oversaw the MEDC's creation and deployment of a best-in-class suite of COVID relief programs providing critical financial relief to Michigan businesses across all 83 counties," the release stated. "He led MEDC in facilitating over $240 million in relief funds through 23 specific relief programs to assist tens of thousands of businesses in keeping their doors open and people employed and to help manufacturers retool to create much-needed PPE.

"Burton also helped secure the restoration of $15 million in funding for the award-winning Pure Michigan campaign and to restore funding for the agency's flagship business attraction and community redevelopment programs."

Before leading MEDC, Burton was Gov. Gretchen Whitmer's chief strategist. In his 20-year career, he has also held various positions across state government, started and ran a small business and worked in the philanthropic sector. Previously, he served as Gov. Whitmer's chief of staff during her tenure as Michigan Senate Democratic Leader, as well as general counsel to the Michigan Senate Democratic Caucus.

“We are thrilled to welcome Mark to Honigman,” said Honigman Chairman and CEO David Foltyn. “His impressive 20-year track record of economic development and legislative experience will serve our clients extremely well and complement our growing and diverse team.”

Burton earned his bachelor's degree in public administration from NMU and a Juris Doctor from the Michigan State University College of Law. He also studied international human rights law at Oxford University in England.