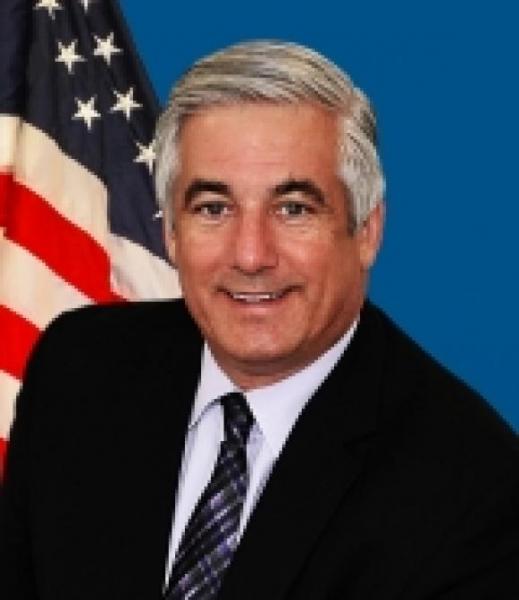 NMU alumnus Barry West ('85 BS) has been named president of MicroTech in Tysons Corner, Va. According to a press release, he will be responsible for the oversight of the corporate business operations and development duties, as well as the expansion of the company's cybersecurity and cloud computing business.

"We have reached a level of growth where it was clear that the addition of a president would help us continue to exceed our goals," Tony Jimenez, who previously held both the President and CEO titles, said in the release. "We are absolutely thrilled to have Barry join the team, as he brings a wealth of industry and leadership expertise that will be extremely beneficial to MicroTech. He is also an ideal fit for our company culture, and we are excited to begin working with him."

West brings a wealth of government experience to the company, with more than 30 years in the information technology field. Most recently, he served as the senior adviser and senior accountable official for risk management at the U.S. Department of Homeland Security (DHS). He previously served as acting deputy CIO for homeland security and the CIO at a number of different agencies, including the Federal Deposit Insurance Corp., the Pension Benefit Guaranty Corporation, the Department of Commerce, the Federal Emergency Management Agency and the National Weather Service.

"I have known Tony as a friend and business partner for years and am excited to join him at MicroTech," said West. "It was a great honor to serve the country in my previous capacity as an executive in the public sector and now I feel I can continue to serve in a private sector executive capacity in my new role at MicroTech, helping to develop and define new technology to aide our government."

West received an honorary doctorate in business from NMU in May 2015, when he also delivered the spring commencement address.