'Anatomy of a Murder' and Boat Building Exhibits at NMU 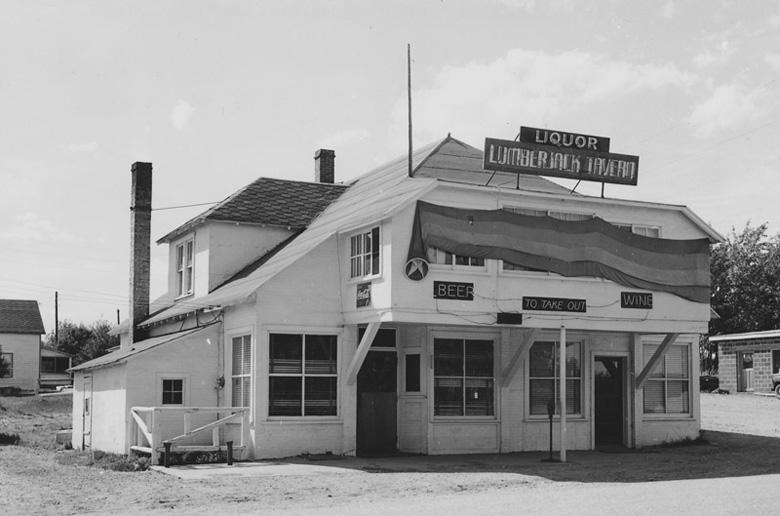 Lumberjack Tavern, as it looked at the time of the murder the film is based on (NMU Archives photo)

Exhibits on the 60th anniversary of the making of the film Anatomy of a Murder and traditional wooden boat building in the Upper Peninsula are currently on display at Northern Michigan University. They can be viewed at the Beaumier U.P. Heritage Center in Gries Hall.

“Hollywood Comes to Marquette County: The making of Anatomy of a Murder” is an exhibit featuring various rare images from the 1959 film's production; a timeline for the book, movie and Voelker's life; and links to oral history interviews with the participants in the case. In addition, a special screening of Anatomy of a Murder will take place at 1 p.m. Monday, July 1, at the Marquette County Courthouse, in the same courtroom where the original trial was held. The suggested donation is $5. The Beaumier Center exhibit on the film was originally created to commemorate its 50th anniversary.

“Wooden Boats Afloat” is an exhibit that examines the role of wooden boats in the U.P.'s economic, social and cultural settings. It is also a Michigan Humanities Council project that documents for the first time the wooden boat-building heritage of the Upper Peninsula. Contributions include input from boat enthusiasts and experts from restoration boatyards, the Huron Mountain Club, Westshore Fishing Museum, commercial fishermen and rowing clubs. This exhibit was partly made possible by a grant from the Michigan Humanities Council, an affiliate of the National Endowment for the Humanities.