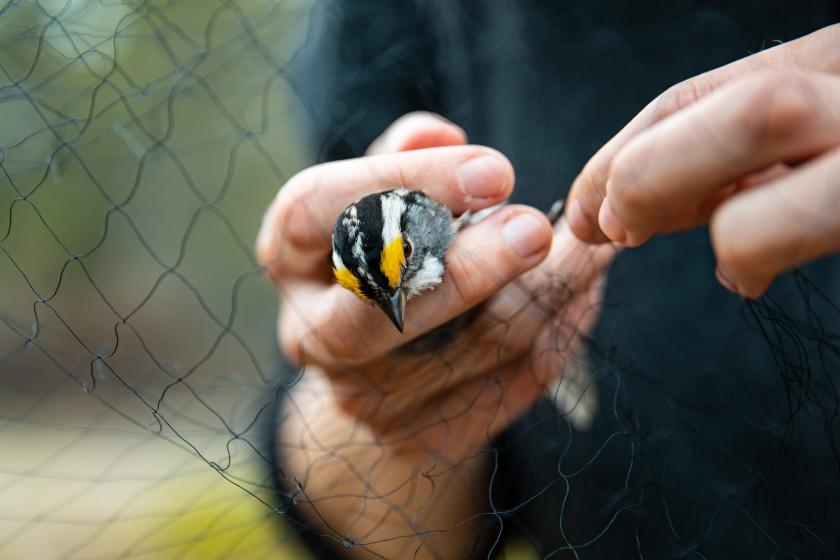 A white-throated sparrow being removed gently from the mist net

The blood analysis can also verify the birds' sex, which can not be reliably confirmed in the field by color and size differences, and genetic factors such as “morph color,” which for this species is either white- or tan-striped.

Graduate student Rachel Weisbeck is completing the project for her master's thesis under the direction of Professor Alec Lindsay. Three volunteer undergraduate students are assisting her.

“Most birds with mosquito-borne conditions such as avian malaria have a chronic infection—a low amount of the parasite that they live with constantly—rather than an acute, high-pathogen load that can kill them,” Weisbeck said. “There's an incomplete understanding of the impact of that.

“For this study, we're testing birds to see if they're infected and then looking at different factors associated with their nesting ecology. Are they successful with nests, how many eggs do they lay, how many successfully hatch? We're trying to determine whether any of that differs between birds that have infected parents versus those whose parents were not impacted.”

The researchers set up a mist net suspended between two end poles in an area where they have detected white-throated sparrow activity.

“We play a recording of the bird's song through a speaker,” said Hadley Miles, an undergraduate student who is assisting along with Mason Federmeyer and Zach Ziegler. “Most often it's a male who responds and flies into the net because they're very territorial and get a little mad and want to fly over to check out who's in their territory.”

The birds are gently extricated from the netting and carried to a portable station set up on a towel for “in-hand” assessment. Researchers draw blood from the brachial vein where the wing connects to the body for genetic and parasitic analysis. They outfit each bird with a colorful identification band specific to this project, along with a silver band with a unique code that is entered into a North American database. Anyone who happens to recapture one of the sparrows during its short-distance migration can track where it was originally banded.

The sparrows are also weighed, measured and observed for physical characteristics that might reveal the sex during breeding season.

The research is taking place on a 100-acre parcel gifted to NMU in 2012 by Dr. John English of Marquette, who passed away last September. The land is intended for academic study and features a variety of habitats.

“It's great to have this big piece of property we can access within about 10 minutes from campus,” said Lindsay. “Rachel's project started with chickadees, but switched to white-throated sparrows when we found there were a lot of that species in this area. The land abuts state property, so we got permission for the DNR to come out here. You never know when a donation like this will be valuable, but it's been very valuable for these students, who rise at the crack of dawn to get this kind of research experience. There's a potential for other Northern departments to use the property was well, if they aren't already.”

Weisbeck is a Seattle native who became interested in bird research when she took an undergraduate ornithology course that included a field component. She completed internships at Point Reyes Field Station in California and near Brisbane, Australia. Her first experience working with white-throated sparrows occurred near Duluth, Minn. Through an ornithology exchange job board, she discovered the opportunity to work with Lindsay at NMU. 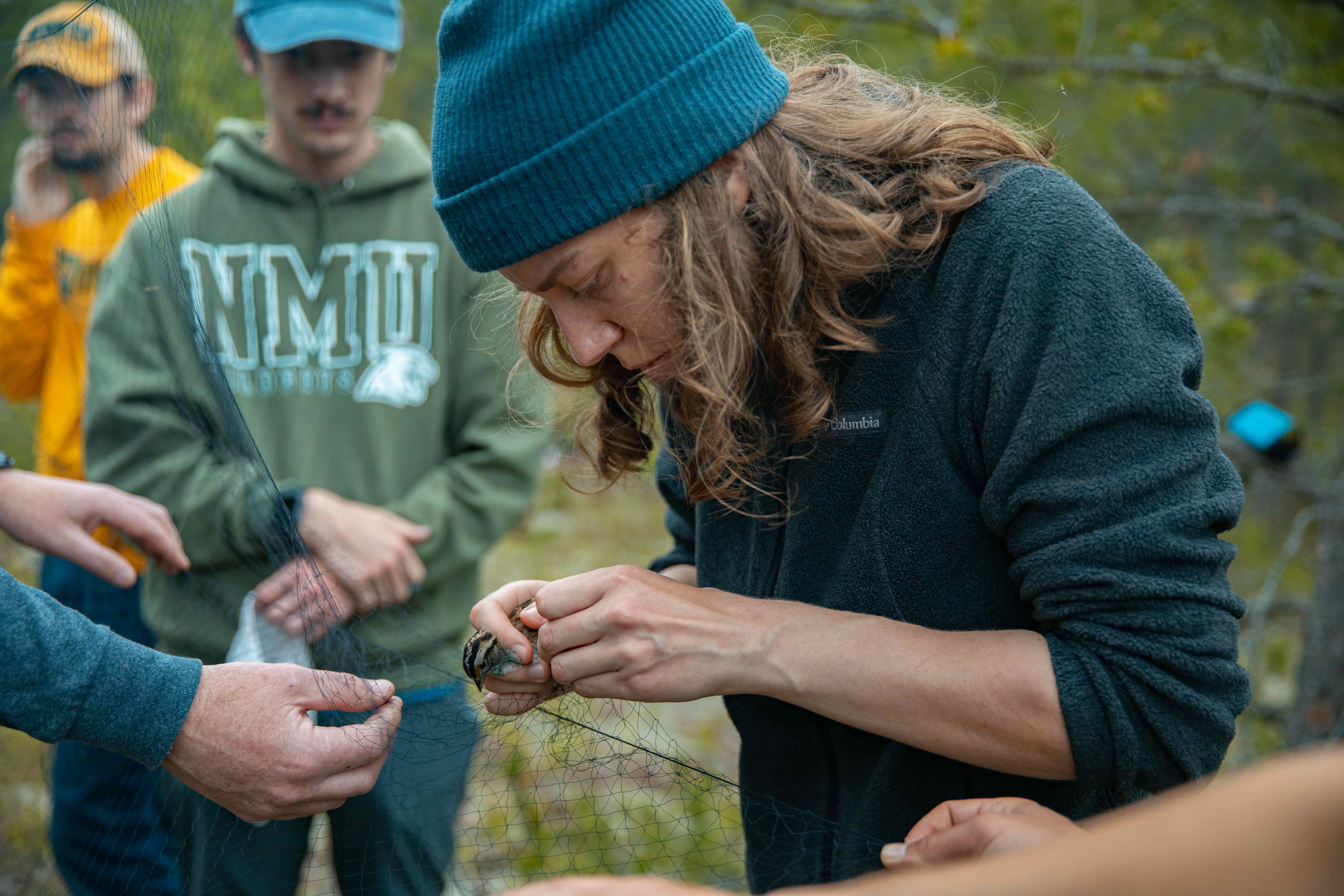 Weisbeck handles the bird as other students look on 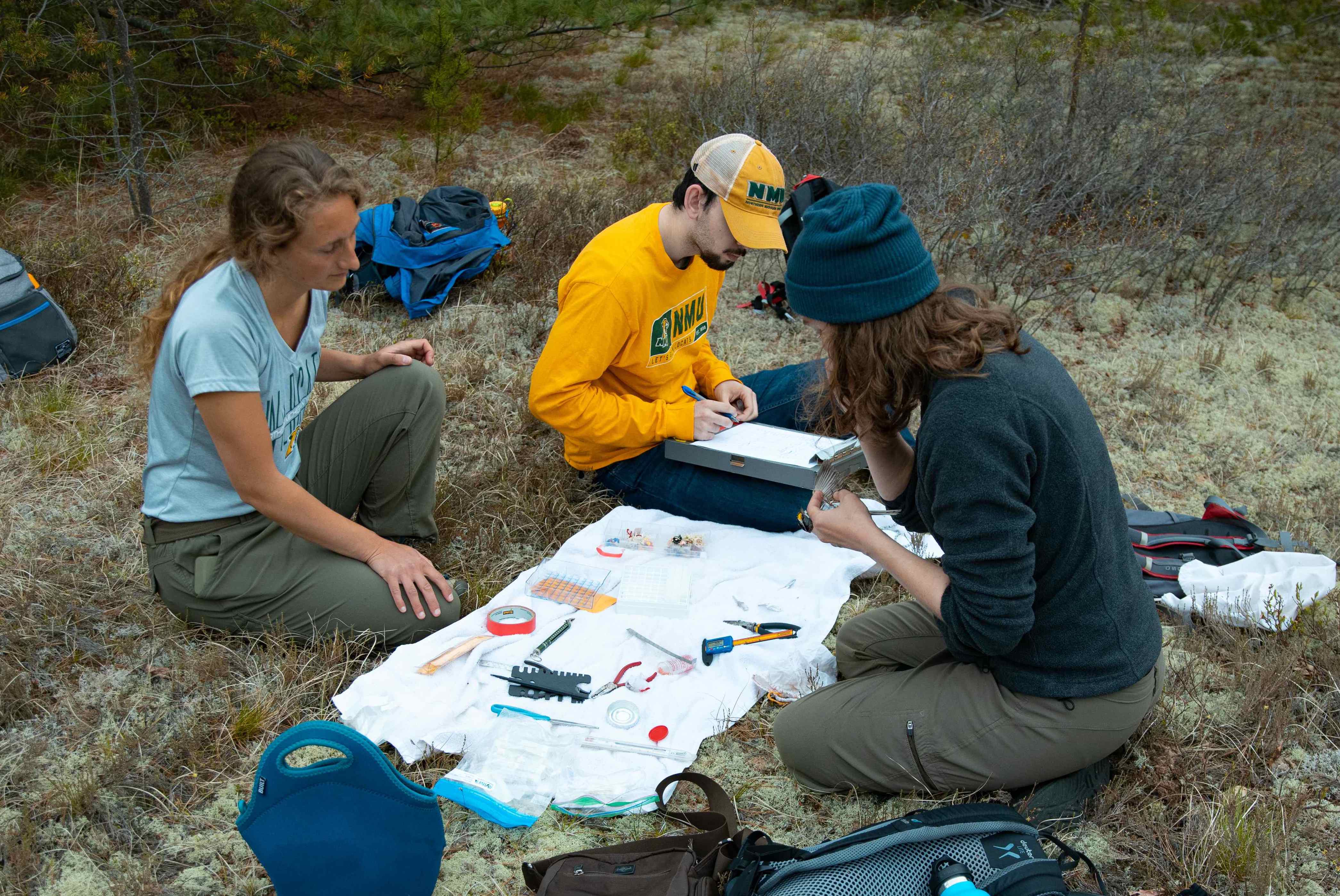 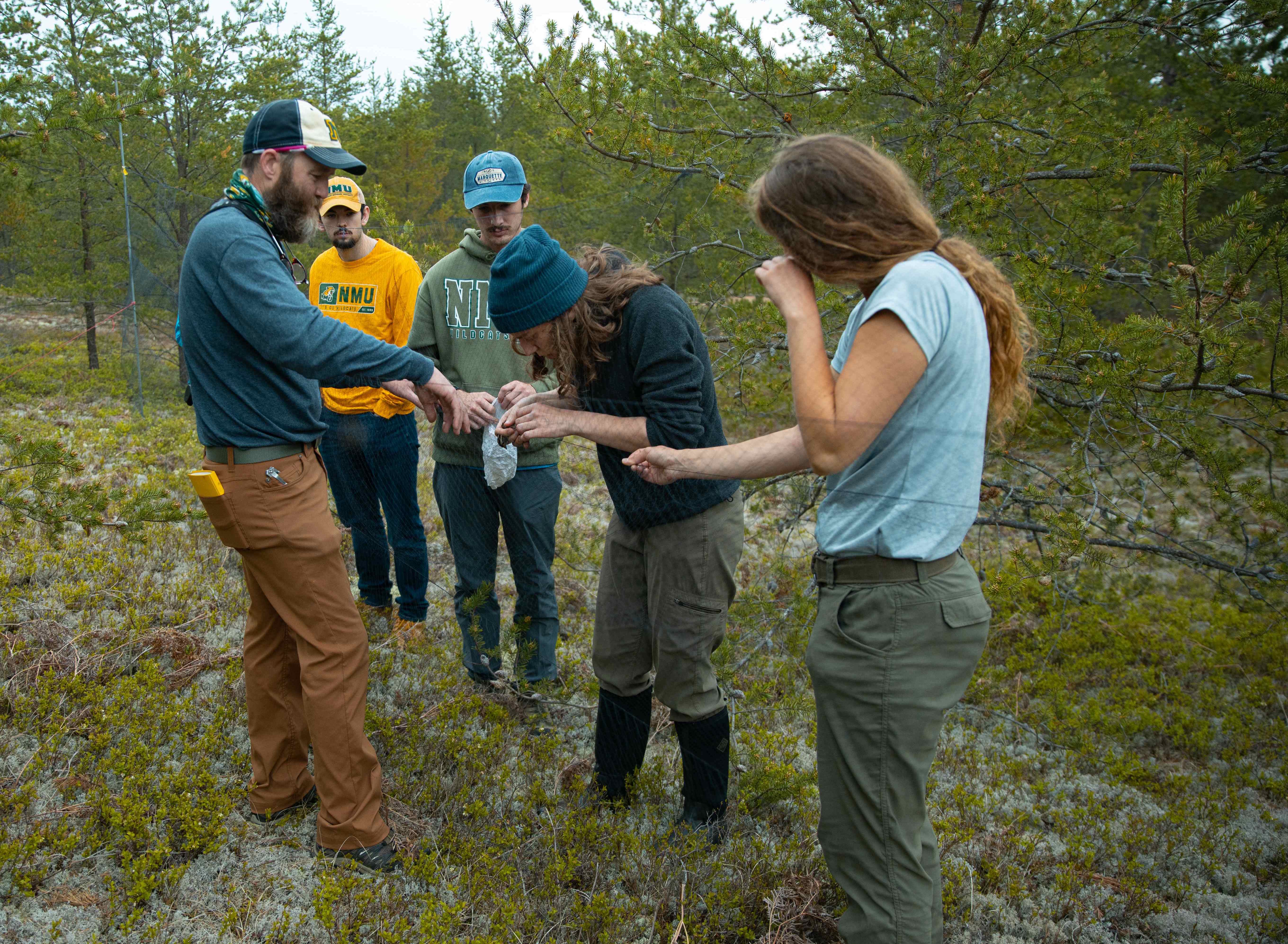 (from left) Lindsay, Ziegler, Federmeyer, Weisbeck and Miles near the mist net.
Prepared By