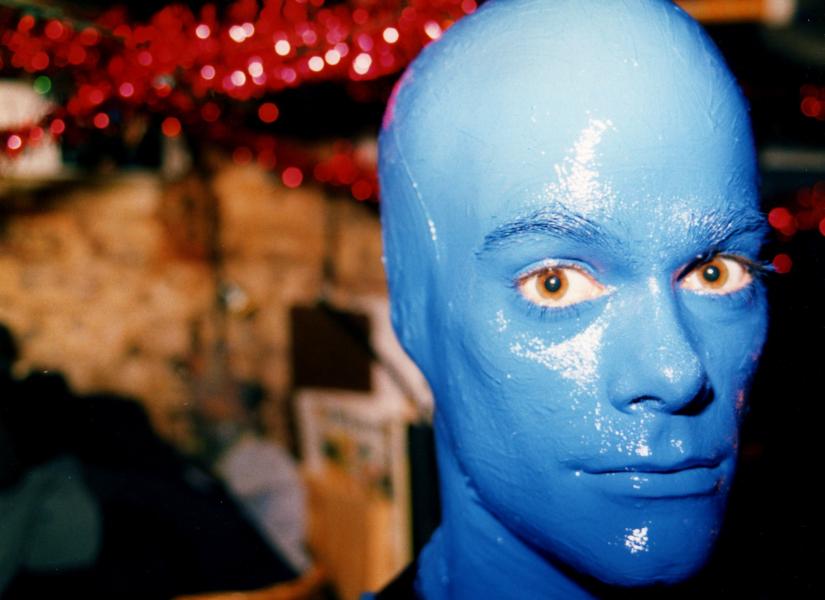 Jimmy Ludwig's 30-year acting career in New York City—from Broadway productions and performance art to film and television—taught him a valuable lesson: “Grit and a willingness to outwork everybody else” are far more important for sustained success than either talent, which is pervasive in such entertainment epicenters, or connections. He plans to share that sage advice with students in the new Bachelor of Fine Arts (BFA) in acting program he is heading for Northern Michigan University Theatre and Dance.

“There are very few overnight successes, and a lot of actors don't do it long term; they walk away dejected and say the industry beat them up,” said the Upper Peninsula native. “There are thousands just as talented as I am, or better. In the industry, talent is the floor. Everyone had a lead in a high school play. You have to be willing to treat your life as a small business, and you can try to out-talent people or you can simply outwork them. I made a career out of the latter and I've seen others do the same.”

Northern students will learn both the craft and work ethic, Ludwig added. They will also be prepared for the transient nature of the work and the unpredictable income, which for him could volley from six figures one year to $30,000 the next. Ludwig has ambitious plans for NMU's conservatory-style program, which will provide immersive training in voice and movement, script and character analysis, and performance pedagogy.

“The things we're going to do artistically will be amazing. My intention is to make our program one of the best in the country. Juilliard North is what they'll call us at first. I'll judge us a success when Juilliard starts calling itself NMU South,” he stated, with abundant enthusiasm and no discernable hint of sarcasm.

Ludwig recalled some of his favorite roles in New York City: a lead character John in the off-Broadway musical john & jen, for which he recorded the original cast album; a member of Blue Man Group; his Broadway debut in Little Shop of Horrors; and being part of the “gargantuan, Tony-winning juggernaut” Spamalot, directed by Mike Nichols, who brought The Graduate to the big screen. Ludwig shared the Spamalot stage with familiar veterans Tim Curry, Hank Azaria and David Hyde-Pierce.

Based on the typical trajectory of successful actors, Ludwig was a relative late bloomer. While growing up in Iron River, Mich., he said funding for the arts in schools was “eviscerated,” leaving his high school theater mentor—the late David Strandin—out of a job. Ludwig enrolled at the University of Michigan as a pre-med major, but was disillusioned by organic chemistry. When someone told him his outgoing personality would be well-suited to an acting class, he signed up. Three weeks later, Ludwig changed his major.

He followed up his bachelor's degree with a master's in acting from the University of Washington. In graduate school, Ludwig gained his first experience teaching related courses. His faculty mentor, Jack Clay, ran the Professional Actor Training Program at the university and turned out many success stories. Ludwig said that Clay had previously taught actress Kathy Bates during an early stop in his teaching career.

Many of Ludwig's peers planned to become college faculty members right after earning their advanced degrees, with little or no professional experience on their resumés. He opted to secure an agent and head to the Big Apple instead. Thirty years later, Ludwig said a series of strange occurrences—most notably, the pandemic—drew him back home to the Upper Peninsula, where his parents and brother also reside, to lead NMU's acting program.

“Our industry evaporated overnight,” he said. “No one could have imagined a scenario where all of theater just stopped. It's coming back, but it has changed enormously. Before the pandemic, Broadway made $14 billion in ticket sales per year; that's more than all of the professional sports teams in New York combined.

“Back then, lots of tourists were coming to the city. When they couldn't get tickets to the big shows, they would go to others just to have that Broadway experience. The overflow is much less now, making it hard for the second- or third-tier shows. The big marquee productions like Hamilton, Wicked and The Lion King are still pulling in about $2 million per week, but the remaining audience has shrunk and will take time to recover.”

While the state of the industry made him pause, take stock and pursue his goal of someday teaching at a liberal arts university sooner than expected, Ludwig said the career shift made sense for personal reasons as well. He wants to spend more time with his 5-year-old son, Jake, whom he shares with his wife, Kristen. The couple met on a national tour and he recently played Henry Higgins to her Eliza in a regional theater production of My Fair Lady.

Kristen has appeared on London's West End and Broadway, including a co-starring role in Pippin with Oscar-winning West Side Story actress Ariana DeBose. She will also share her expertise with NMU students as an adjunct instructor. Both she and Jimmy plan to continue acting professionally on occasion, with only one leaving town at a time for Jake's sake.

Jimmy also owns a film company and said he hopes to pitch a four-part miniseries to a streaming service based on an Upper Peninsula-focused screenplay he wrote 15 years ago. It is inspired by the historical novel A Face in the Rock: The Tale of a Grand Island Chippewa by Loren Graham. Ludwig said the carving by a fur trader who encountered a group of Anishinaabe living on Grand Island still exists and can be viewed near a parking area across from Scott Falls off M-28.

Beyond his roles as actor, educator, husband and father, Ludwig is also an avid runner. He completed the New York City Marathon seven times and the local Marquette half-marathon this past Labor Day weekend. With the energy, stamina, resilience and work ethic he has demonstrated in both his hobby and career, there is little doubt he is well-equipped to “run” Northern's BFA in acting program as well. 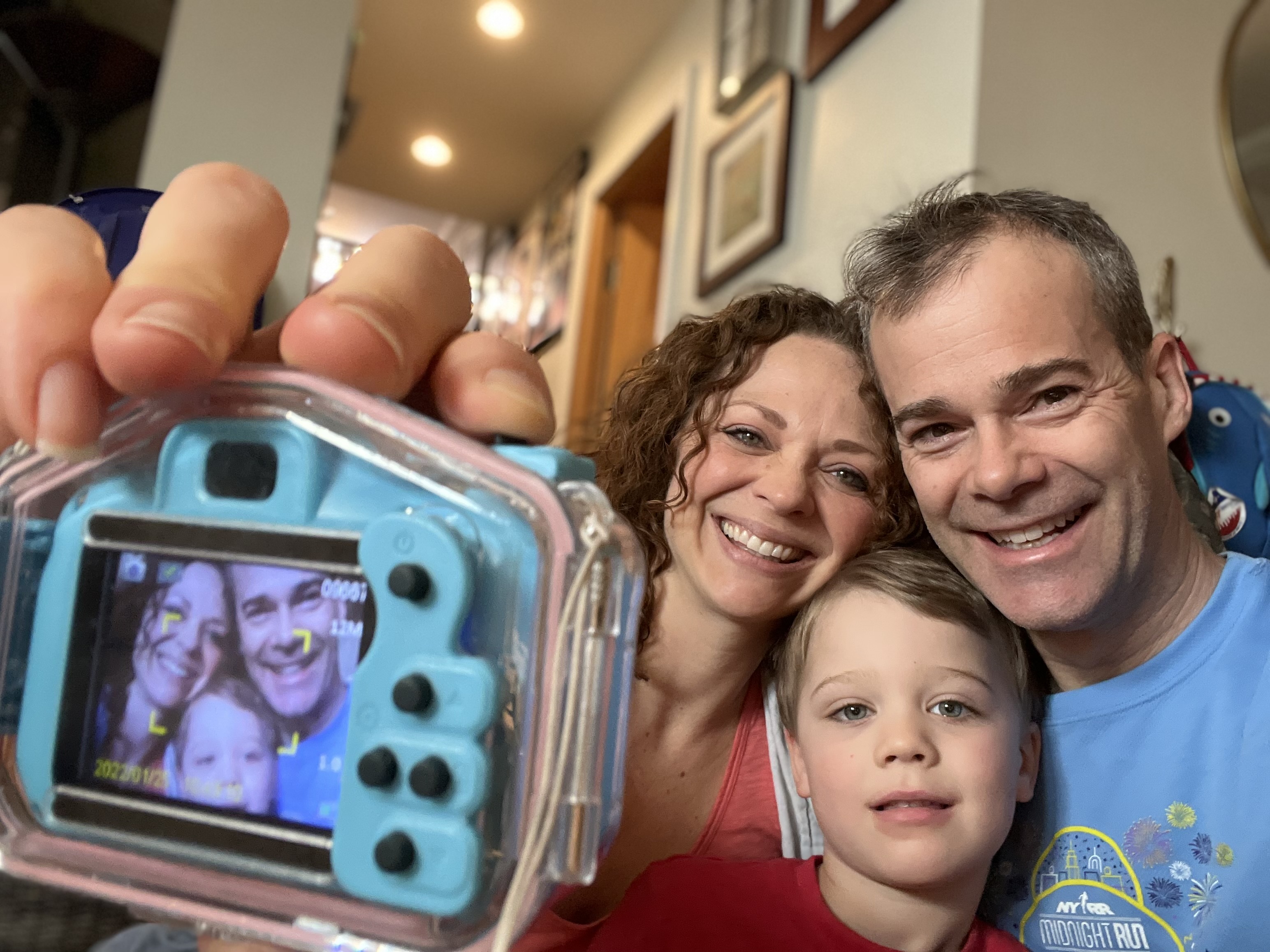 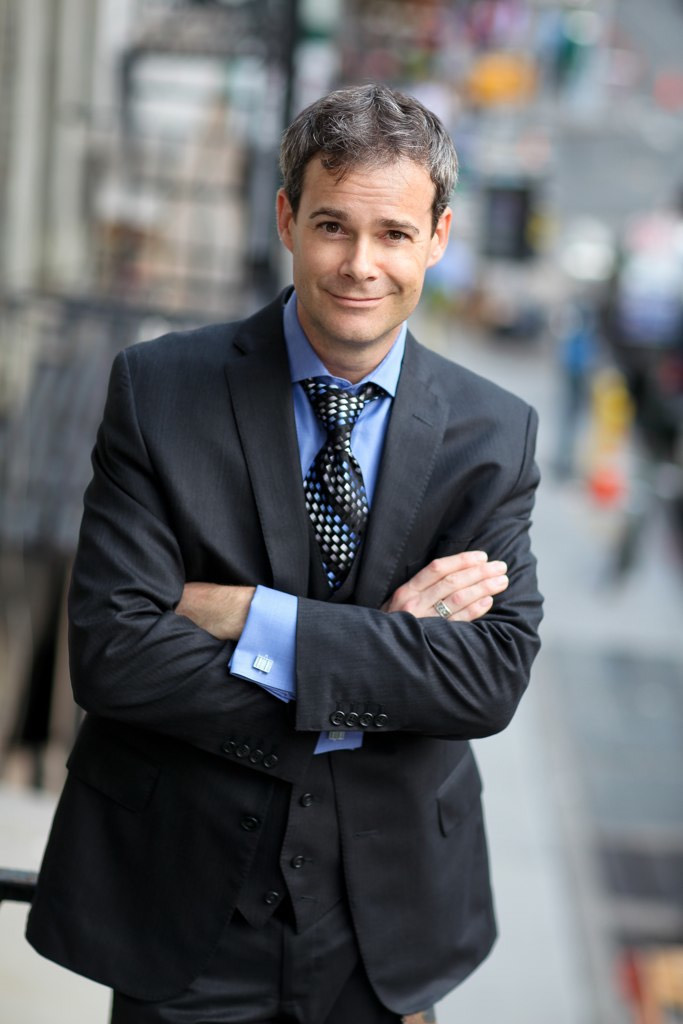