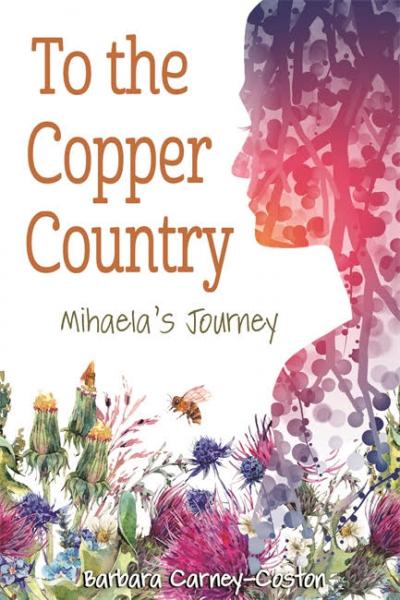 Northern Michigan University and Peter White Public Library will host a presentation by Barbara Carney-Coston, author of To the Copper Country: Miheala's Journey, at 7 p.m., Tuesday, Oct. 20. The children's book is one of the 2020 selections of Two Books Two Communities. Register for the Zoom event here, by visiting nmu.edu/onebook/twobooks or the group's Facebook page. A recording will be available for later viewing.

The young readers book (K-5) is about 11-year-old Mihaela, her two younger brothers and her mother, who embark on a journey from Croatia to the Keweenaw Peninsula in 1886 to join her father, who works in the copper mines but suffers from a painful eye disease. Mihaela and her mother, an expert plant-based healer, work to save his eyesight and support the boarders in their new home. The book, based on the author's family history, won the 2017 Midwest Book Award for children's fiction and 2018 State History Award.

Carney-Coston is an award-winning media producer, writer, and educator. She began her career as a teacher and then worked in educational television, producing programs for public television, The Learning Channel and a variety of private clients. For National Geographic, she produced many web features, including one about the Underground Railroad that won a Parents' Choice award and was designated an ALA Notable Website. She has written for Highlights for Children, Hopscotch and Washington Parent magazines.

The book has been part of Peter White Public Library's A Journey Abroad Virtual Book Club.

This release was submitted by the Two Books Two Communities program.