NMU students in a previous advanced field production course produced a documentary on the Hungarian band Söndörgő. The program will air on WNMU-TV at 8 p.m. Tuesday, Dec. 10. It features concert footage from the group's performance in Marquette last April, interspersed with band member interviews.

“It was a great experience for the students in terms of both teamwork and their accountability to the project,” said Professor Dwight Brady. “This wasn't just something they turned in for a grade that will be tucked away; it will air on TV for others to see. And WNMU-TV will provide DVDs of the program as a premium for donations [of $100 or more], so that's a real win to have a class project assist in fundraising for the station.”

“It gives Northern students a nice outlet to show off their great work and, at the same time, it gives WNMU-TV a great show to share with our viewers,” he said. “Our station relies heavily on NMU students on a regular basis to run cameras and assist with skilled positions like graphics and audio. We understand how important they are in production roles. And with Dr. Brady, they're learning other important broadcast skills, especially in field production.”

Students shot the documentary over two days. They interviewed the five band members shortly after their plane landed, then obtained footage of their concert the following night. The 55-minute production is music-intensive. It showcases Söndörgő's signature sound, which revolves around a mandolin-like instrument called the tambura. According to the band's website, the tambura is probably of Turkish origin and is used by Serbian and Croatian communities in Hungary.

“It was a great experience for me and the students to do the editing,” Brady said. “We got to listen to their music over and over again. Your ears get tuned in to unfamiliar sounds and we developed a greater appreciation for how skillful they are and how good their music really is. Some of it is centuries old and came together from different dynasties that formed in that part of the world, but it's also a mix of different styles. The students interacted with the band members at length and asked about where they draw their inspiration from. It was a nice cultural exchange.”

NMU students previously produced a similar project with a French-Canadian band that played in Marquette. 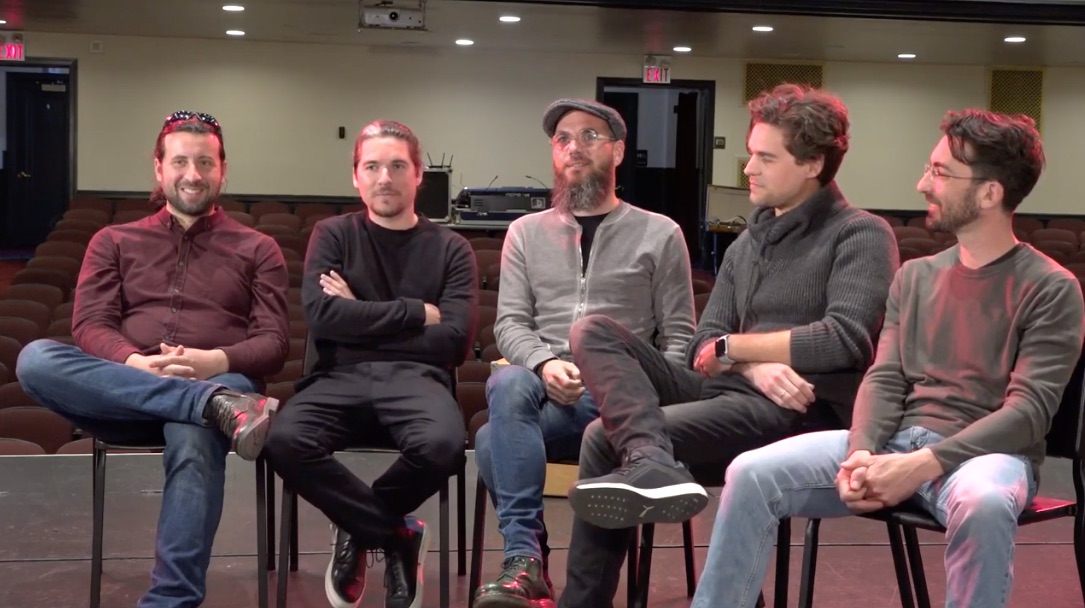 Screen shot of interview with Söndörgő
Prepared By