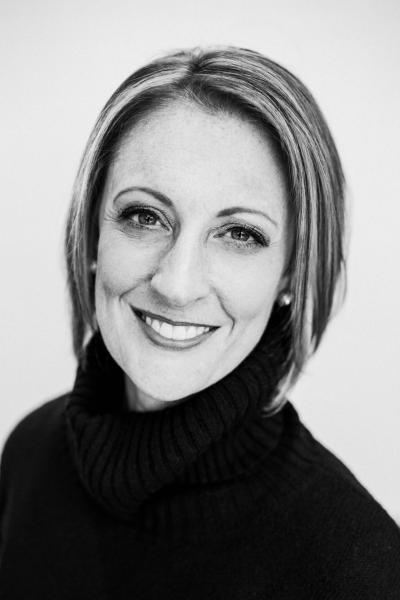 Northern Michigan University Music Professor Erin Colwitz is featured in a series titled “Women Choral Conductors and Clinicians You Need to Know,” compiled by Janet Galván, recently retired director of choral activities at Ithaca College. Colwitz has served as director of choral activities at NMU since August 2015 and is president-elect of the Michigan chapter of the American Choral Directors Association (ACDA).

In response to her inclusion in the series, Colwitz said she finds it rewarding to make music every day.

"To sing in a choir is a sacred thing; the communion of voices is something I do not take for granted,” she said. “I feel honored to lead singers in such a way. It is also very enjoyable to watch their daily progress as we move through more and more difficult repertoire.”

Colwitz said many students enter college having never sung in a foreign language. She finds it fulfilling to expose students to the works of Bach, Brahms, Britten, Stravinsky and others.

“I also find it very rewarding to expose them to new composers and brand new works from different, non-Western cultures,” she said. “The choral canon expands the mind in a way that is both esoteric and concrete. Our repertoire is so incredibly enormous and also varied. I think of the choral repertoire that I teach as our textbook. I couldn't be more proud of the University Choir and Arts Chorale and their immense progress over the years. I like to tell them that with every passing semester, they 'level up' and always impress me."

Under Colwitz's leadership, NMU choirs have toured Finland, Austria and Poland, as well as various venues in the United States. She also serves as music director of the Marquette Choral Society.

Colwitz is a frequent guest conductor, lecturer, contest adjudicator and choral clinician throughout the United States. She has presented at conferences from the state through international levels, including the Athens Institute of Research. In 2014, she served as guest conductor and clinician at a collegiate choral festival in Bangkok and Chiangmai, Thailand, with conductor William Dehning under the auspices of the U.S. Embassy.

Her interest in conducting developed when Colwitz was a young music education major.

"In my early 20s, I sang with a professional choral ensemble called the Dale Warland Singers in Minneapolis, and Dale encouraged me to go to graduate school for choral conducting. I was already pretty sure I wanted to go back to school for my master's in music, so that pretty solidified it for me. He encouraged me to go to USC (Southern Cal), which is where he went, and from there I was hooked."

Colwitz earned both a Master of Music and a Doctor of Musical Arts from USC in choral music. She later served on the faculty at California State University, Fullerton, and at the University of Alabama in Huntsville prior to her NMU appointment.