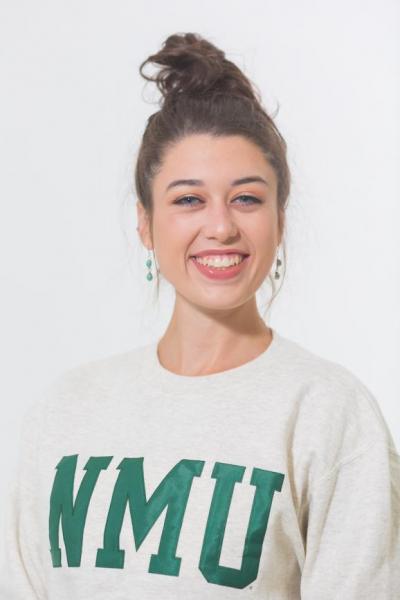 Megan O’Connor of Midland will be the graduating senior commencement soloist at Northern Michigan University’s commencement on Saturday, Dec. 15. The communications major and music minor will lead the singing of the university’s alma mater, “Hail Northern,” and the national anthem. O’Connor played a major role in planning and executing the NMU Veterans Day choir concert, which raised $1,200 for the Jacobetti Home for Veterans. Those efforts recently earned her a "Director's Coin" for excellence from the Michigan Veterans Affairs Agency.

O’Connor said that she enrolled at NMU because it provided opportunities that she wouldn’t have experienced elsewhere. It offered a mix of academic and leadership activities O’Connor was interested in.

“My experience at NMU has been absolutely incredible,” She said. “I’ve been able to leave my mark on this campus in just a short amount of time. NMU gave me all the tools to be successful, so it was easy to accomplish any big idea I came up with. Even when I was told no, no didn’t actually mean no. No meant revise and try again. I’ve grown and experienced so much while in attendance at NMU. I’m finding it hard to leave, but I know I am prepared.”

O’Connor has been highly involved and has held various leadership positions on campus. She has left her mark as Gant Hall President, College Republican’s Vice President, an active member of the Student Leader Fellowship Program (SLFP) and most recently, the NMU Food Pantry Volunteer Coordinator.

“When I jumped on the Food Pantry project in August of 2017 for my SLFP Internship Project, the food pantry was still an idea and the Food Insecurity Board, which I joined, had just found the space where the pantry is located today,” states O’Connor.  “All the hard work paid off. It's more than I could have imagined.”

Following commencement, O’Connor plans to stay in Marquette for another term to recuperate before jumping into her career in May. In May she plans to begin her career in the non-profit community and would like to serve alongside an organization like Make a Wish Foundation or the Wounded Warrior Project.

“After getting my degree in 3.5 years, planning a veteran’s concert, starting a food pantry and being the main student in charge of fundraising to send a choir to Europe, I need to take a breather,” said O’Connor. “I am far from burned out. However, I would like to relax a little bit before jumping into a career.” 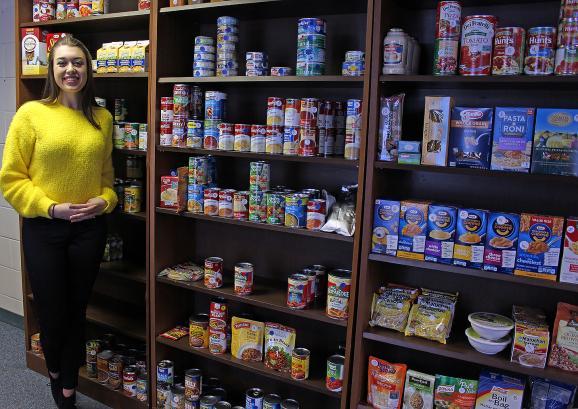 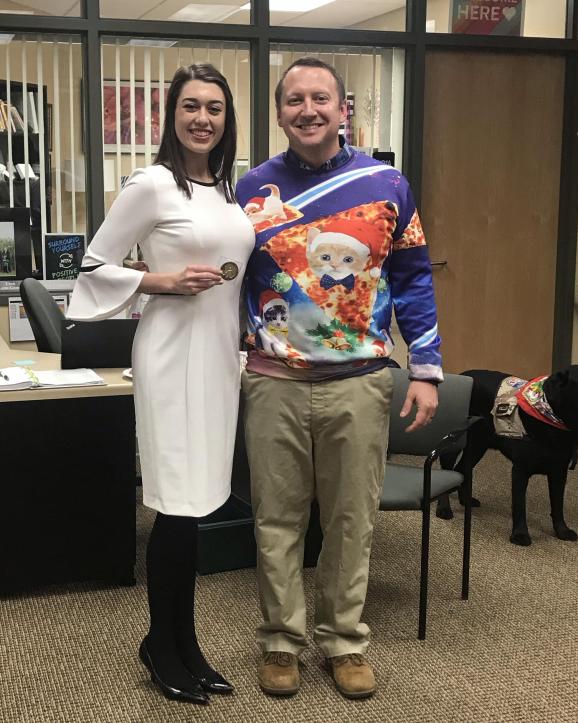 O'Connor receiving the coin from Ryan Engle, director of the Jacobetti Home for Veterans
Prepared By