Cumberlidge Research Featured in 'The Guardian' 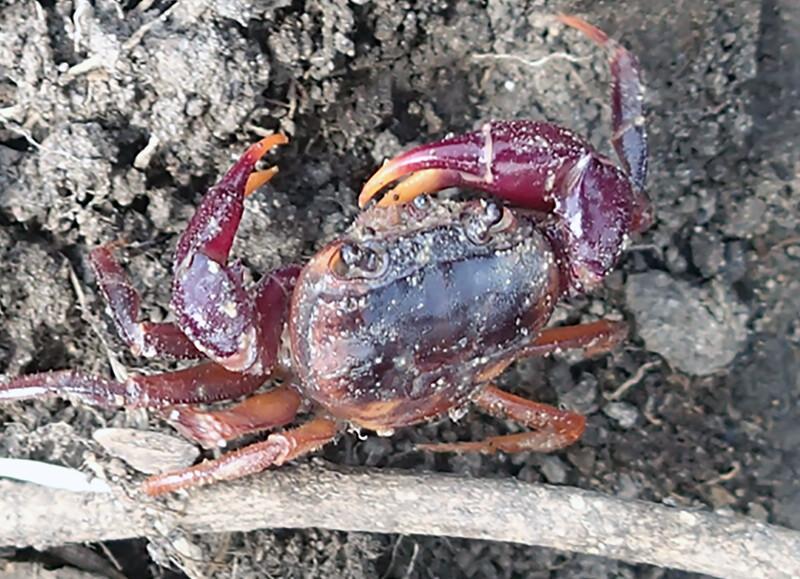 Northern Michigan University Biology Professor Neil Cumberlidge collaborated on a Sierra Leone expedition that located two land-dwelling crab species “lost to science” and feared to be extinct. For one, last spotted 225 years ago, the only clue was a specimen label that read “Sierra Leone.” The team's work was featured in The Guardian in November as part of a series on rediscovered species by prominent British journalist and photographer Graeme Green.

Conservation organization Re:wild funded the January 2021 expedition to the southwest coast of West Africa. Its goal was to locate one of the “25 Most Wanted” species on the edge of extinction: the Sierra Leone crab Afrithelphusa leonensis, last spotted in 1955. Researchers found six specimens at Sugar Loaf Mountain in Western Area National Park.

They were also pleasantly surprised to find another long-lost species last seen in 1796—Afzelius's crab (Afrithelphusa afzelii)—in Moyamba District Forest. Both share similar color schemes; the females have purplish bodies and orange claws, while the males have pinkish-purple claws and orange legs. Researchers discovered the two species over three weeks of intense searching in difficult-to-access parts of the forest.

“These discoveries are bittersweet because the joy of discovering lost species is mixed with the realization that, while not extinct, they're on the edge of extinction, and that urgent conservation interventions will be required to protect these species in the long term,” said Cumberlidge in the story. “The new data generated by the expedition will allow us to reassess the red list status of each of these species. The next step is to devise a species action plan and implement protective measures in the field with Sierra Leone conservationists.”

Cumberlidge is a pre-eminent African freshwater crab expert who has described 14 new genera and identified more than 67 new species. He initiated the project and wrote the original grant proposal, but was unable to travel to Sierra Leone because of the pandemic. He collaborated with Pierre Mvogo Ndongo of the University of Douala in Cameroon, who carried out the survey in the rainforests.

“All of the crabs he collected were photographed and emailed to me for identification, then I would tell him where to look next,” Cumberlidge said. "This is how we operated during the three weeks he was in the field. Then we both wrote the expedition report. We're optimistic that we found at least one healthy population of each lost species. Now we have to gather more information about their ecology, population size and behavior, and follow up with on-the-ground conservation of these threatened species."

Only five species of African land crabs are known to exist. They live in burrows on the floor of rainforests far from water sources and may even climb trees. They are often more colorful than their water-dwelling crab counterparts.

“What makes them vulnerable to extinction is their rarity,” Cumberlidge told Mongabay in a previous story. “They are both narrow range endemic species, found in just a small area and nowhere else in the whole world, which makes them both hard to find and vulnerable to threats that could wipe them out completely. “

He added that the forests in Sierra Leone where the two species were located are under immediate threat through deforestation, at large and small scales, ultimately driven by the expanding human population in West Africa.

Read the full feature on the expedition by Graeme Green that appeared recently in The Guardian here. Previous media coverage included this story in the International Business Times. 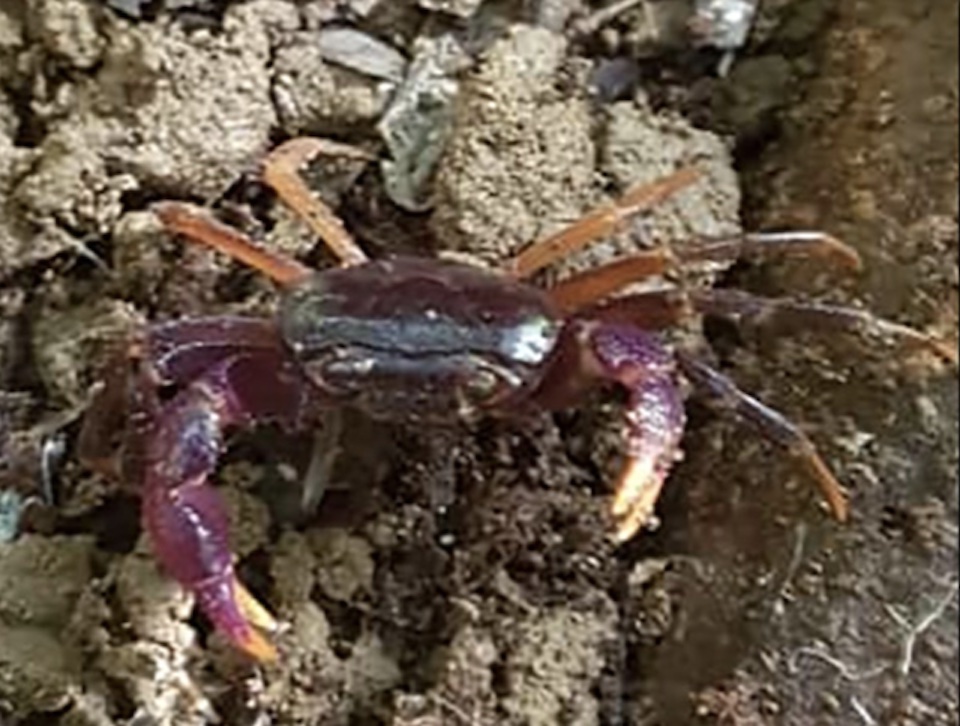 Male Sierra Leone crab rediscovered after being lost to science since 1955. (Pierre Mvogo Ndongo photo courtesy of Re:wild)
Prepared By