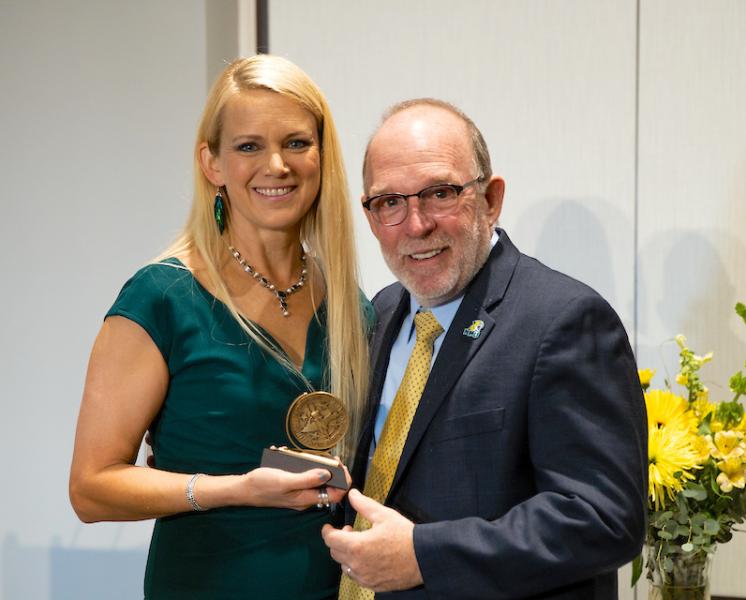 Passion doesn't require a back-up plan or have an expiration date, and it is especially powerful when used in the service of making a difference. Internationally recognized sculpture artist Kristine Poole shared those insights upon receiving her NMU Distinguished Alumni Award, and also contributed a piece of work to the DeVos Art Museum's permanent collection.

Poole was born into an artistic lineage. Her mother occasionally allowed her to stay home from school so they could draw together. When Poole got to high school, a well-intentioned guidance counselor advised her to have something else to fall back on if she planned to go into the arts. So she said she enrolled in education courses during her first semester at Northern.

“But back in the Sunset Strip house in Spalding Hall, a roommate was in a class called the physical aspects of the visual arts,” said Poole, who earned her BFA in 1992. “She would come back exasperated with the assignments they were making her do. When she had to design a container for an egg that they could launch off the Thomas Fine Arts building, I lost my mind. I loved the class and I wasn't even in it.

“I started doing the assignments for myself in my dorm room and that was the first class I enrolled in the next semester. I thought I'd just do this one class to get it out of my system and go back to being responsible. Well, I'm happy to share with you that, nearly three decades later, it is not out of my system. Art is still my passion and it has been an incredible journey.”

Poole's work has been featured in several publications, including The Wall Street Journal, The ARC International Salon Catalogue, Ceramics Monthly and Spectrum 21: The Best in Contemporary Fantastic Art. It has also been shown in juried and invitational exhibits across the country. She has completed several public art commissions, including sculptures for the Carnegie Library in Howell, Mich.

Based in Santa Fe, N.M., Poole is devoted to championing young artists—something she also did as director of NMU's Student Art Gallery 236. She is responsible for creating the Spectrum Rising Star Award for Flesk Publications. Each year, she juries and presents the award with her husband and fellow artist, Colin Poole. The couple has combined their talents to develop their current style of classically inspired contemporary realism.

Poole also donates her time to give lectures, demonstrations, workshops and panel talks on art and business. In 2015, she was selected to be the featured artist for Big Brothers Big Sisters of Northern New Mexico. The sculptures she created for the organization raised more than $20,000 to help underprivileged children in her area.

Returning to Marquette and NMU is like coming home, Poole said. She and Colin shared a pasty picnic near Lake Superior. They also spent several hours enjoying the water, peace and beauty of Little Presque Isle. “This place is pure magic,” she told attendees at the awards brunch. She also shared a memory about preparing for her senior exhibition at Northern.

“I had gone for months with little sleep, I was on intravenous caffeine usage and stressed to the max. On the day before my exhibit opened, my dad showed up at my apartment with a big bouquet of flowers and a little card that said, 'Give it your best shot, babe. It will be more than any prof could ever want.' And he was right. Many years later, when I had my first solo exhibition in Santa Fe, I was surprised and grateful President Erickson took time to write a personal note congratulating and supporting my efforts in the community. Telling people you're proud of them makes a world of difference.”

Another memory involved talking with professor Marvin Zehnder in the NMU “pot shop”—i.e. clay studio. He asked her for some of the seeds from the grapefruit she was eating. Zehnder later brought back a little seedling he had grown from the donation and presented it to her.

“I feel that's what my time here at Northern did as well,” Poole said. “It planted seeds that, throughout my life, have grown to fruition.”

For more on Poole and an online gallery of her work, visit her website. 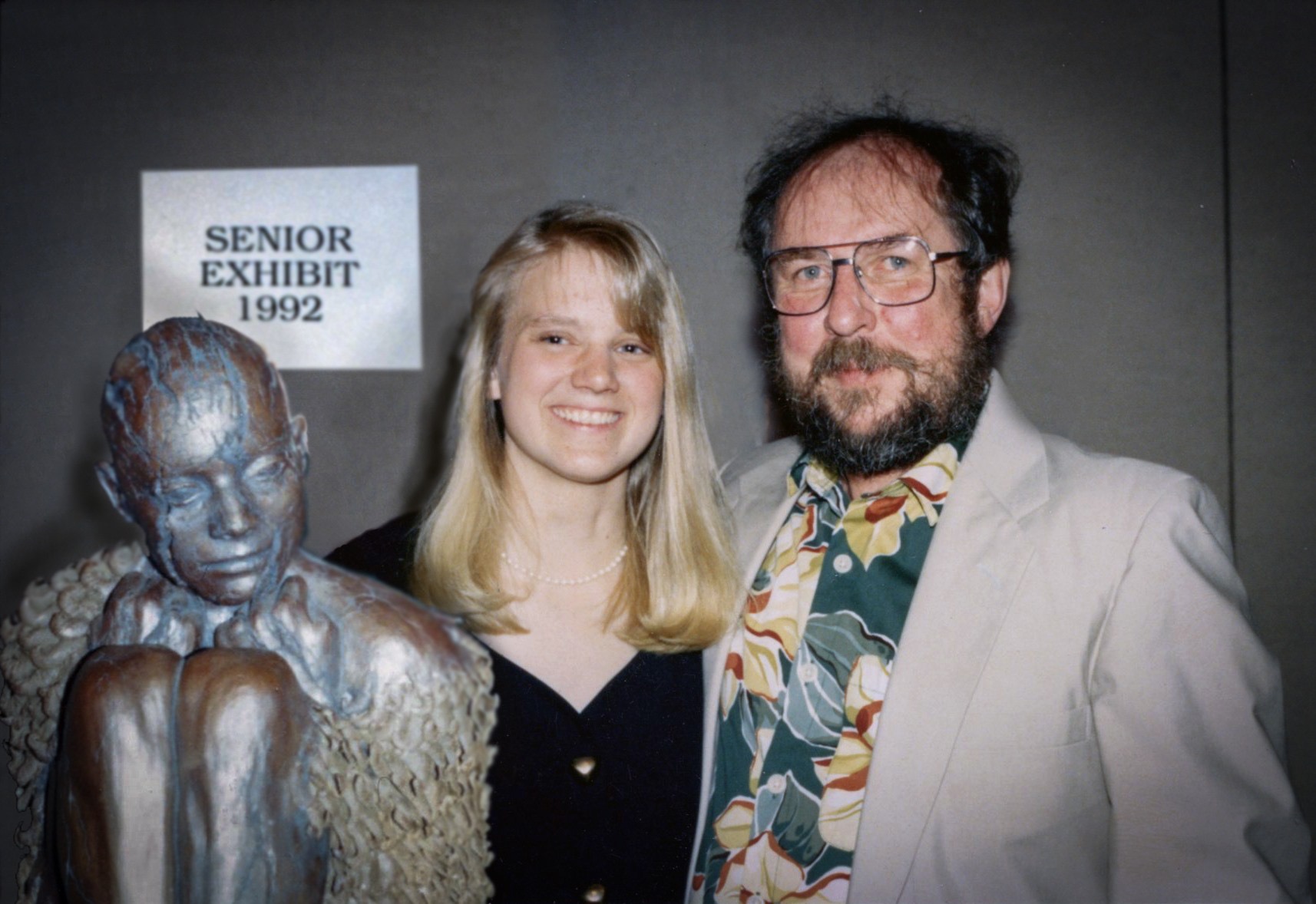