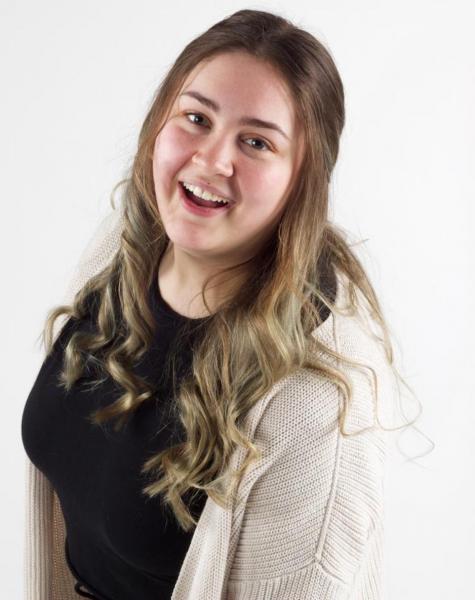 Northern Michigan University student Gwen Feamster, a political science major from Linden, Mich., has been selected to serve on the Michigan Department of State's Collegiate Student Advisory Task Force. She is among 25 undergraduates chosen from more than 200 applicants who will act as civic engagement liaisons between the Secretary of State's office and their campuses throughout 2022.

“This is such a great opportunity to get involved and have more resources to do what I was already doing personally, but on a larger, coordinated scale,” said Feamster, who was recently elected vice president of ASNMU, Northern's student government organization.

“Since I was 13, I knew I wanted to major in political science. Even when I was too young to vote, I made sure my friends who were able to did. And now that my brother is of voting age, so I'm making sure he and his friends are registered. Voting is so important and it is a privilege to exercise that right, so why not do it?”

Feamster is a graduate of Flint Powers Catholic. She and other members of the task force will use their diverse perspectives and experiences to inform their peers of their voting rights, promote awareness of the newly redistricted electoral maps, and combat and dispel election misinformation on college campuses, according to a press release.

“This is a critical time in our nation's democracy, and it is vital that student voices are at the table,” said Benson in the release. “The task force will play an important role empowering and engaging student voters across Michigan to ensure their voices are heard on Election Day and beyond. I look forward to their recommendations and supporting their work to improve voter education, engagement, and participation among young people.”

Focusing on student participation in the August and November 2022 elections,  Collegiate Student Advisory Task Force members will assess barriers and challenges students in Michigan commonly face when attempting to engage in elections, specifically when registering to vote; develop and enact solutions to promote voter engagement; and identify resources to implement solutions.

Any undergraduate student attending a two- or four-year higher education institution in the state of Michigan is eligible to serve on the task force. This year's group features individuals from 18 campuses big and small, public and private. Not all schools are represented and Feamster is the only NMU student appointed.