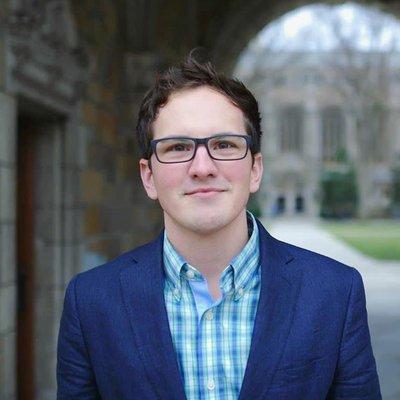 Northern Michigan University alumnus and former ASNMU President Jason Morgan ('11 BA) has been re-elected to represent District 8 on the Washtenaw County Board of Commissioners, receiving nearly 87.5% of the vote. He was first elected to the post in 2016.

“I chose to run for county commission because I love our community and am thrilled to have the opportunity to serve you,” wrote Morgan on his online biography. “Given the state of politics today, it is more important than ever for our local elected leaders to stand up for our residents, and I am committed to working hard to endure our shared values are represented through our county government.

“In addition to being a county commissioner, I spend my time as a community activist, working on issues around LGBT equality, economic inequality and public safety. The key to success as an elected official, in my eyes, is to listen, learn and represent your community with pride.”

The son of a commercial fisherman and school lunch aide, Morgan was raised in Pinconning, Mich. Through part-time work and scholarship support, he completed a bachelor's degree in political science from NMU. Morgan was also active in NMU College Democrats and Students for Sustainable Living.

After living in Salzburg, Austria, and Washington, D.C., Morgan moved to Ann Arbor and later earned a master of public administration (MPA) degree from the University of Michigan.

Prior to joining WCC in 2013, he was an aide to Congressman John Dingell, serving as a liaison to Washtenaw County and managing education-related casework for the congressman's district.