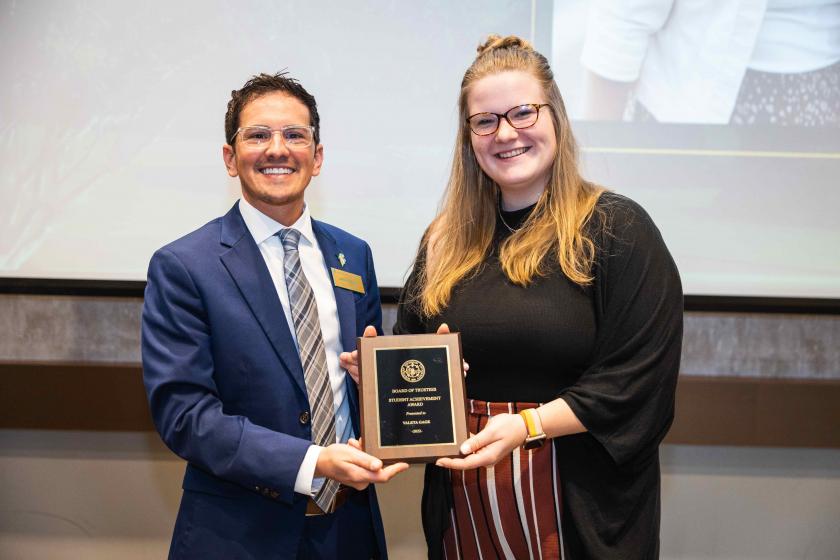 As soon as she arrived at NMU, Gage got involved in Marquette Ending Hunger and became the organization's president. She also joined the NMU chapter of the National Student Speech Language & Hearing Association and served as its vice president and president.

Gage was a resident adviser for NMU Housing for two years, and a member of the orientation staff for one summer. She participated on the NMU club crew team for two seasons. She was also actively involved in the Wesley Campus Ministry, serving as a peer leader, going on three service trips, and helping to run a free coffee shop and food pantry for all college students.

Throughout her time at NMU, Gage completed all four edges of the Superior Edge program and was an active member in the Student Leader Fellowship Program, doing her community service internship as a leader of the Marquette 4-H Adventure Club.  She served as a Superior Edge/Volunteer Center coordinator in the Center for Student Enrichment.

Gage will pursue a master's degree in Communication Sciences and Disorders after graduation.