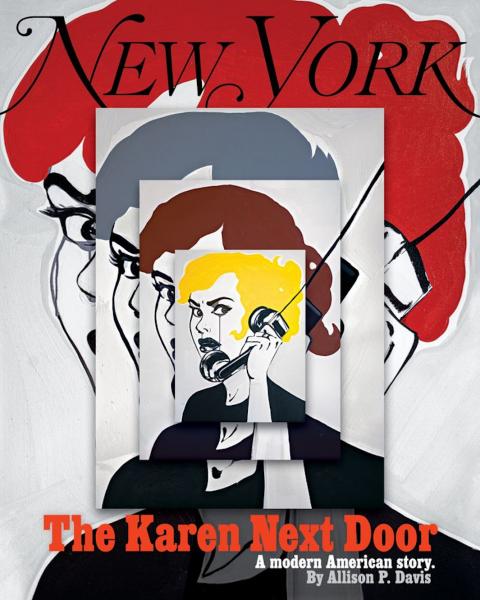 Northern Michigan University alumnus Julian Victor LaMarr Gaines ('15 BA) created the cover art for a New York Magazine story titled “The Karen Next Door.” The story addresses the fallout from a viral video of a white woman calling the police on her black neighbors in Montclair, N.J. Gaines previously collaborated with the magazine for its “I Voted” cover project.

According to the magazine description, the Portland, Ore.-based painter began his “Karens” series at the height of quarantine. Gaines said two quotes motivated him to channel his own negative personal experiences into art: Nina Simone's “An artist's duty … is to reflect the times,” and the following by Maya Angelou:

“You should be angry. You must not be bitter. Bitterness is like cancer. It eats upon the host. It doesn't do anything to the object of its displeasure. So use that anger. You write it. You paint it. You dance it. You march it. You vote it. You do everything about it. You talk it. Never stop talking it.”

Read the full description, including the artists who inspired Gaines' approach to the cover, here. His work can be viewed on Instagram (@juworkingonprojects).