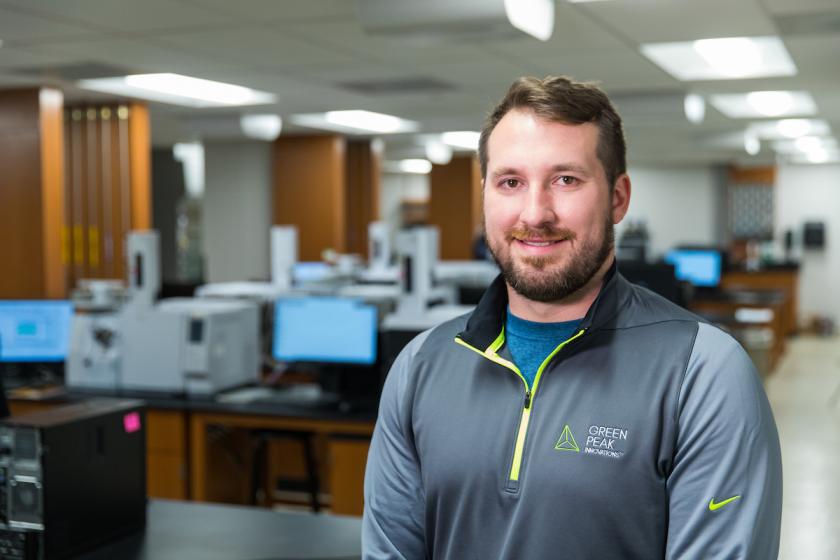 Frisk during his recent visit to NMU.

Michigan is on the cusp of explosive growth in the cannabis marketplace, with the first recreational dispensaries scheduled to open in early 2020. Northern Michigan University alumnus Brandon Frisk is in the thick of this fast-paced and highly competitive industry. The Ishpeming native recently joined Green Peak Innovations (GPI), the state's largest vertical medical marijuana license holder, as a brand specialist.

“Michigan's been a caregiver state for the last decade, but there had not been a lot of thought put into packaging and marketing,” Frisk said. “Five years ago, it was hand-slapping labels on products and selling them at medical provisioning centers. But with recreational marijuana looming, there's a new focus on packaging and marketing that will really distinguish a company from its competitors. It will be interesting to see how that will play a role in separating brands because the marketplace is insanely competitive.

“The biggest challenge, working with a new company and in a relatively new industry, is that you're building all of the internal processes that a lot of people take for granted. It's both difficult and exciting because I get an opportunity to enact change in the organization every day.”

Frisk and two GPI colleagues visited NMU's campus to open a dialogue with representatives of the nation's first four-year medicinal plant chemistry program. They participated in a panel presentation on careers, innovations and trends in Michigan's evolving cannabis industry.

The GPI delegation also attended the Nov. 1 dedication of the new Shimadzu Analytical Core Laboratory for Medicinal Plant Sciences, which gives NMU undergraduate students access to cutting-edge instrumentation and technology applicable to numerous career options in the industry. The expanded lab space was necessary to accommodate the program's enrollment, which surged soon after its debut.

Green Peak Innovations (GPI) also has experienced massive growth, Frisk said, vaulting from 10 employees to 220 in about 18 months. The company is seeking to add 50 more to its ranks, according to a news story on a GPI career fair planned for Nov. 7. GPI is based in Windsor Township, southwest of Lansing. Frisk is charged with raising awareness and visibility for the company's two main brands: Skymint retail, which operates four dispensaries and plans to open 20 more; and North Cannabis Company wholesale.

“I see a lot of parallels between the two industries on the wholesale side of things, especially as recreational cannabis comes online,” Frisk said. “As a history buff, I did lots of research into how beer companies evolved once prohibition was lifted. I see lots of opportunities to learn from that moving forward in the cannabis space. We need to move strategically and very quickly in an industry fully opening its doors for the first time. It's really a race to the space. Those who get there first and have a quality product will have a huge advantage over the competition.”

Frisk graduated from Northern in 2013 with a bachelor's degree in entertainment and sports promotion.

“What's really nice about my time at NMU is that it prepared me for an array of opportunities that might come my way. When I was undergrad, I had no idea the recreational cannabis space would become legal or exist at all. I've been able to find a groove and niche based on the holistic learning I got in the communications and marketing field.” 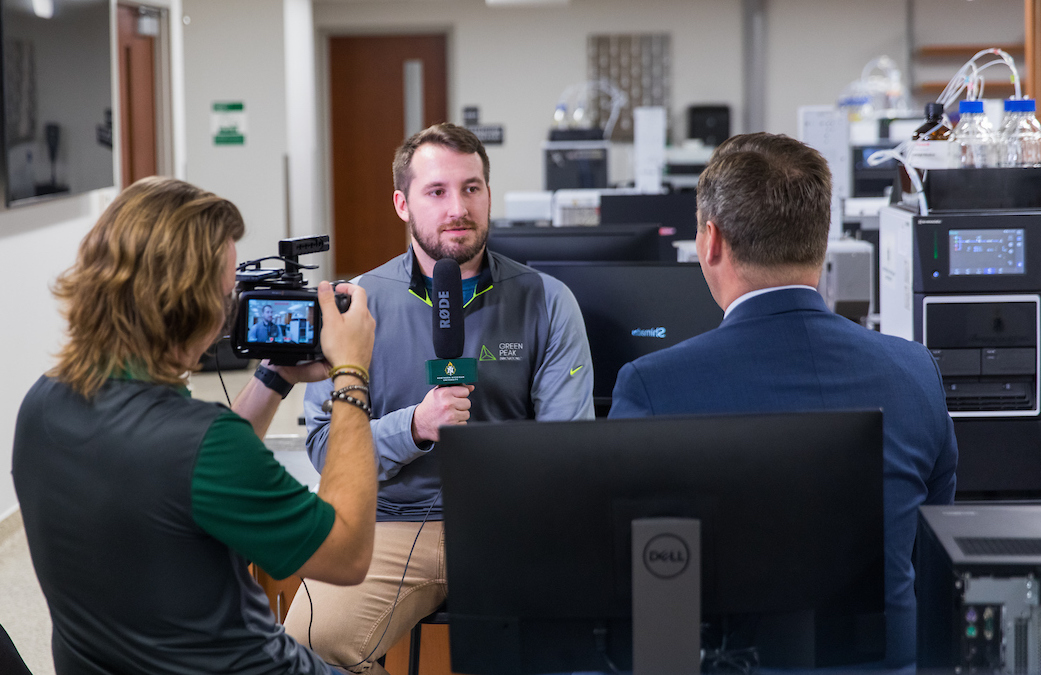 Frisk doing an interview for an NMU video 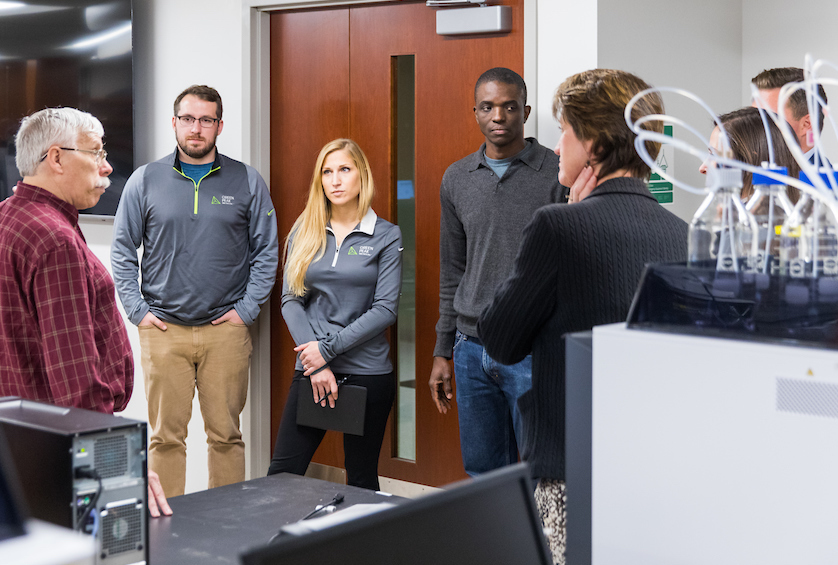 Frisk and his Green Peak Innovations colleagues join NMU faculty for a tour of the new Shimadzu laboratory.
Prepared By