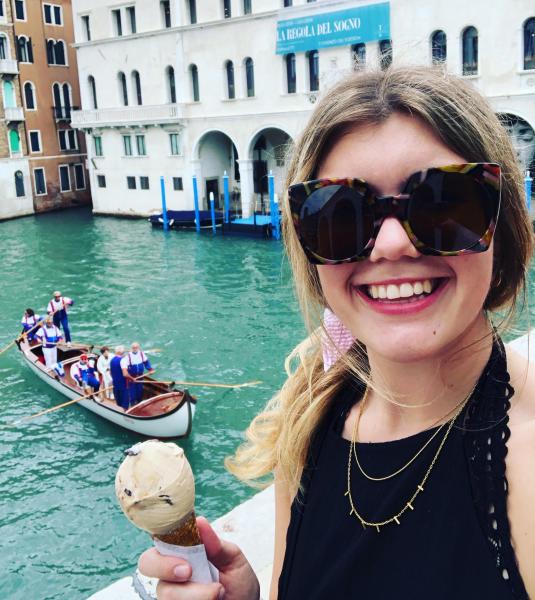 NMU alumna Elle Gallager recently found herself on lockdown in the Veneto region of northern Italy, one of the first COVID-19 hot spots in the country. The May 2019 graduate had traveled there for a unique au pair cultural exchange opportunity and intended to stay about six months while contemplating her future. Her earlier-than-planned journey back to the U.S. on March 17 was markedly different than when she left, with added declaration documentation, temperature screenings and face masks required for air travel.

Gallagher arrived in Italy in October and stayed with a host family. Early on, she enjoyed a desirable mix of structure and free time. She took a bus to the city center each weekday morning to attend a language school, then met a friend for coffee or a walk.

In the afternoon, she prepared lunch for the family's children and helped with their homework, English and household chores. She ate dinner with the family each night and took advantage of free weekends to travel all over Italy and elsewhere in Europe.

The normalcy began to erode—slowly at first. Gallagher first became aware of COVID-19 in Italy through media coverage of two cruise ship passengers who arrived in Rome and fell ill with the novel coronavirus.

“At the beginning, it was something to think about but not something to be concerned about at all,” said Gallagher in an email response. “I first became a bit concerned when a friend shared a news report about an individual who had died from coronavirus in our region. In the next few days, large events were being canceled, as well as schools. Luckily, I do speak basic Italian and I am able to understand more than I can speak. But my host family made sure I knew what was going on from the very beginning and relayed the important information to me.”

Gallagher said there were a number of resources available for Americans in Italy, including updates from the U.S. Embassy, Facebook groups for study-abroad students and news delivered in English.

The Italian government's initial response, according to Gallagher, was to close schools and universities, but allow other entities to remain open.

“You were still able to ride the bus, visit with friendsand eat at restaurants. I did all of those things. I think that this decision gave people a false sense of security or a misguided sense of the seriousness of what was happening. For the most part, the general public was still going about their daily lives. Then things took a turn and more and more people started to get sick. The government then decided to ban travel to and from certain parts of Italy including Padova. They also decided to close work and implement restrictions on bars, restaurants and sporting events.”

Gallagher was largely homebound with her host family, with the exception of outdoor walks or runs in the neighborhood. She still had free weekends, but her inability to travel during them gave her “a bit of a claustrophobic feeling.”

Because Americans are currently permitted to return from Europe, Gallagher decided to take advantage of the opportunity rather than risk losing it. Italy's ban on all non-essential travel made it impossible for her host family to drive her to the airport or train station. She took a taxi to the train station in Abano Terme for a two-hour ride south to Bologna, followed by a flight to Rome.

“I was the only person going through security in Bologna. I had to fill out paperwork declaring the reason for travel. I also had a temperature screening. Prior to going to the gate, I had to meet with a police officer who double-checked my paperwork. On the flight, everyone was required to wear a mask. Once we landed in Rome we had another round of temperature checks and more paperwork to fill out. On that flight, there were about 15-20 passengers.”

When Gallagher's flight from Rome arrived at JFK in New York, she completed more paperwork, answered questions about her travels and completed another temperature screening before advancing to customs and flying the final leg to Detroit.

Gallagher is back in her hometown of Ann Arbor, living with her parents and planning to work through the summer to save money. She hopes to move to Chicago in October to begin working as a speech language pathologist assistant, putting her in the proper mindset for applying to graduate schools.

All of her plans, like most, are contingent upon the extent and duration of the COVID-19 crisis.

“The situation has helped me realize what I am grateful for, as well as certain things that help me function on a daily basis,” she said. “Being so far away from family during a crisis time was very challenging. I have learned how the closeness of family and friends is truly important. When you are abroad or far away it is easy to feel lonely and isolated. On the other side, I have been able to be creative in filling my day with interesting, positive and entertaining activities. I think that, in general, I have a better understanding of the freedom I personally live with every day.” 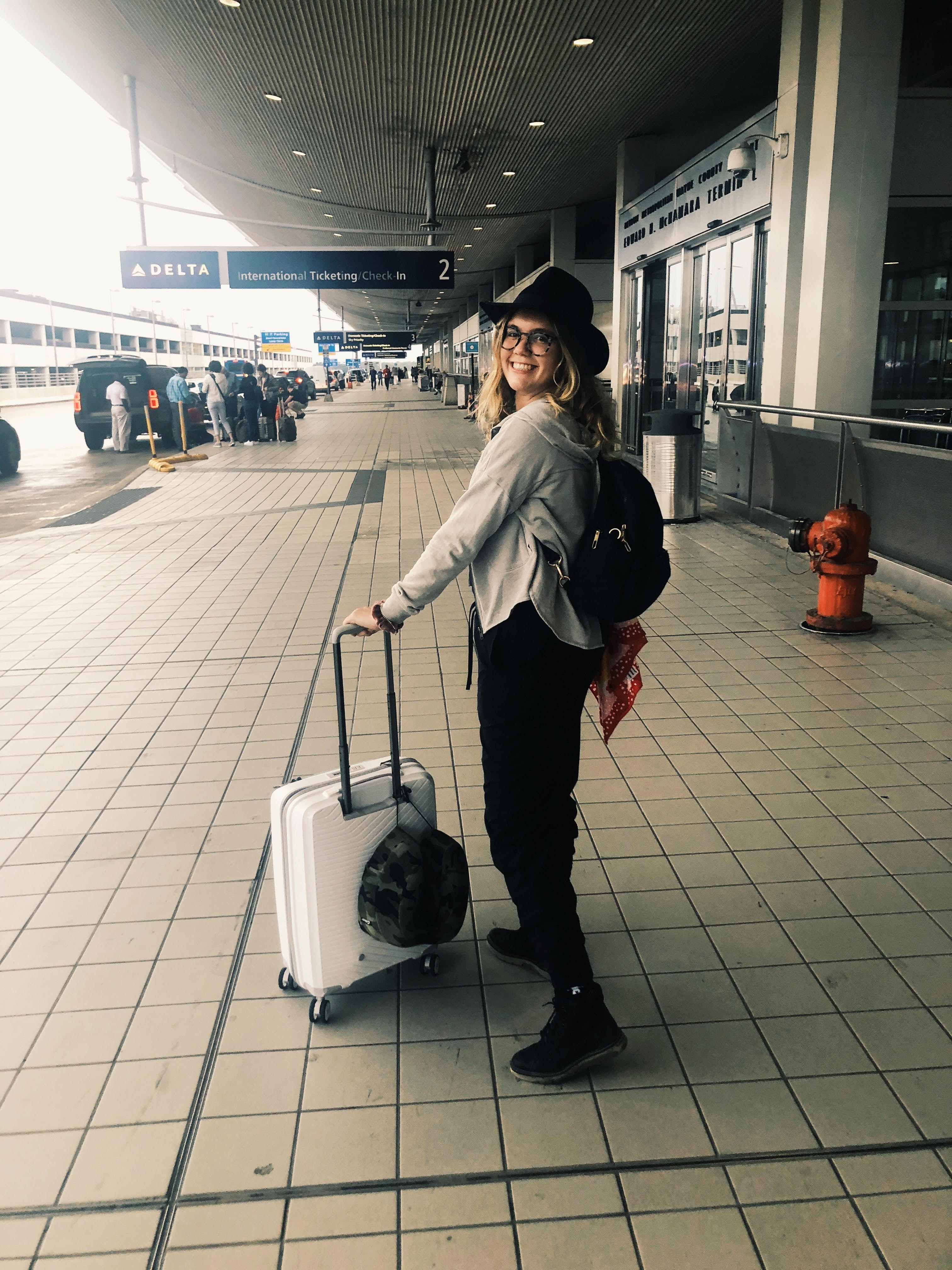 Gallagher was all smiles departing for Italy. The trip back was more somber. 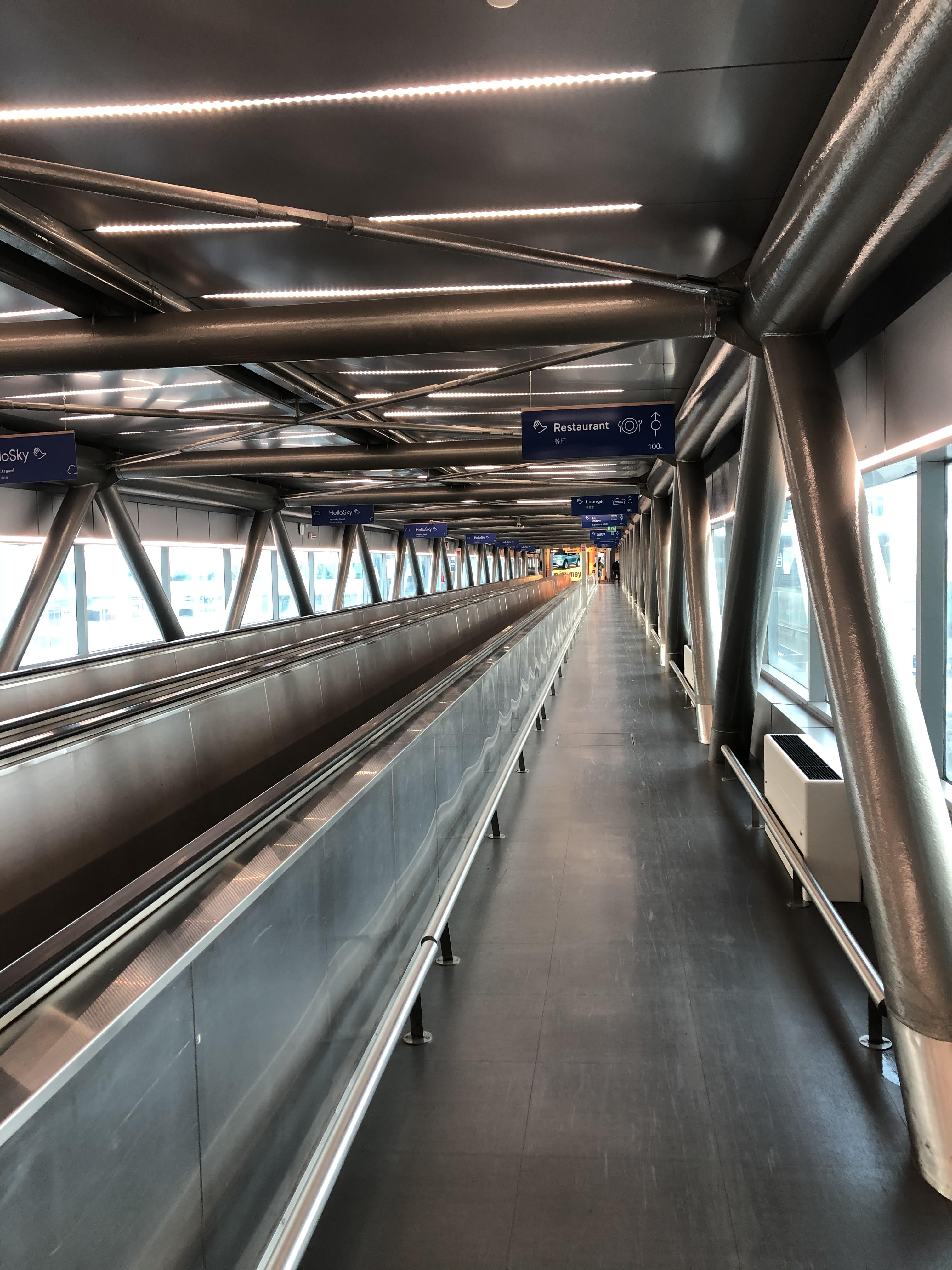