Holmquist Joins NMU Board of Trustees 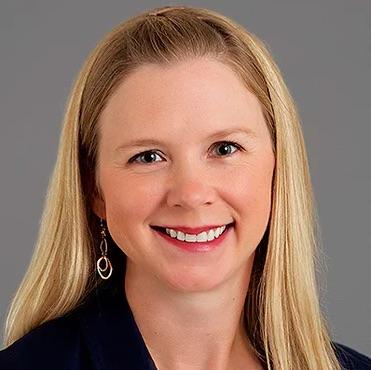 Northern Michigan University alumna Melissa “Missie” Holmquist has been appointed by Gov. Gretchen Whitmer to the NMU Board of Trustees. She is the president and CEO of Upper Peninsula Health Plan (UPHP) in Marquette.

“I am honored to be appointed and really excited to serve on Northern's board,” Holmquist said. “Most importantly, I am eager to give back to the university that gave me so much. I look forward to helping to shape the future vision for NMU.”

Holmquist began working at UPHP after her 2002 graduation from NMU with a bachelor's degree in psychology, and continued while completing a master's in education-school counseling.

“I appreciated the increased access students have to their professors at Northern, compared with larger institutions,” said Holmquist in a previous NMU profile. “My psychology degree helped me to gain insight on people, which translates extremely well to a professional environment.”

Holmquist started at UPHP as a receptionist. Promotions to positions in claims, utilization management, operations and government programs followed. She was appointed chief operations officer before assuming the role of president and CEO in 2018.

“I've been fortunate, but I've also worked very hard,” she said. “My experience in a number of departments here gave me a good understanding of time frames, legislation and how all of that impacts us as a company.”

According to its website, UPHP is a managed care and provider service organization that has been serving residents of the Upper Peninsula for more than 20 years. It was established with six employees and 1,900 enrolled members, but has grown to more than 160 employees and serves more than 55,000 members.

Crain's Detroit Business named Holmquist one of its 2020 Notable Women in Health. Its description stated that, with her at the helm, UPHP implemented the Healthy Michigan Plan, which provides health coverage to nearly 16,000 U.P. residents; launched the Connected Communities for Health initiative to connect residents with local resources to help them meet basic needs; piloted a remote patient monitoring program to help keep patients out of the ER; and expanded the transportation department to get members to and from doctor's appointments.

Another 2020 achievement was Holmquist's appointment as secretary of the Medicaid Health Plans Board of Directors. She accepted the role to ensure that smaller health plans in rural areas had a voice. Holmquist also serves as treasurer for InvestUP, vice president of the Economic Club of Marquette County, and as a member of Marquette Ambassadors.

Holmquist's term on the NMU Board of Trustees expires Dec. 31, 2026. She fills a vacancy created by the resignation of former trustee Donna Murray-Brown.