IT Supports Return to Campus 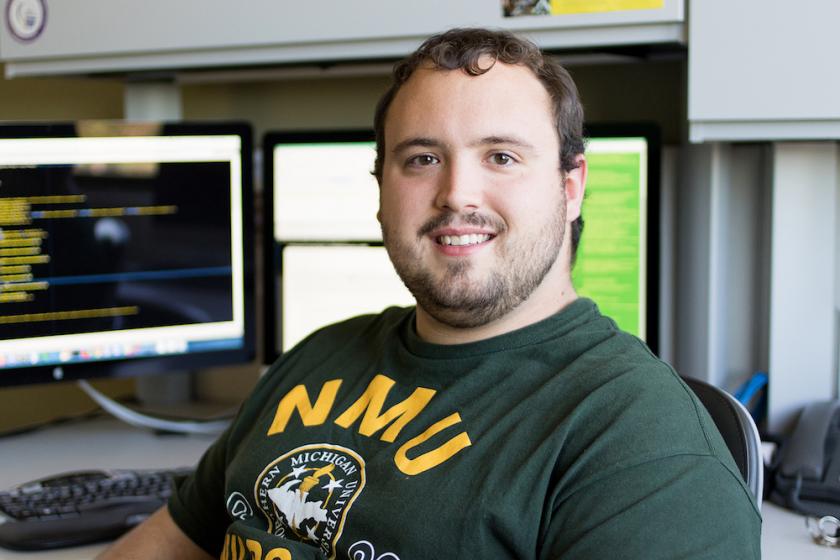 Northern Michigan University has relied heavily on internal Information Technology (IT) support to streamline several procedures associated with returning to campus in the context of COVID-19.

There are several IT projects nestled under the umbrella of the Passport to Campus event being held for several days before the semester at the Northern Center. NMU students, faculty and staff are asked to reserve a time slot for COVID-19 molecular testing. They will also receive two complimentary NMU-branded face coverings during the appointment and other items relevant to school or work.

Chris Danik, senior programmer/analyst, said there was a great deal of complexity related to scheduling that he and other staff members faced.

“Some groups, like athletes and testing volunteers, have to come in sooner than others,” he said. “We built the housing component first. We had to figure out who's in the same house and schedule it so only five students per house were checking in every three hours to prevent everyone from passing each other before they move in. For students traveling from a certain distance, we had to work them into evening time slots.

“We also had to factor how many tests the lab can accept per day. In general, we broke each hour block into 10-minute intervals. Meshing all of those things and integrating data from all the different systems was complex. But we were able to complete it in about a month.”

Before their scheduled Passport to Campus appointments, members of the NMU community will receive a text link to a responsive web page that will guide them through the process. They will be instructed to send a text indicating that they have arrived in the Northern Center parking lot near the bookstore entrance and will wait in their vehicles until receiving a return text to make their way into the building. This will eliminate congestion at the check-in desk on the ground floor.

After checking in, they will proceed upstairs to the Ballrooms for their COVID-19 tests and then to nearby rooms to pick up relevant items such as their university-issued laptops, housing keys, ID cards and parking passes.

Danik also wrote a program that pulls directory information from the university's Banner system to pre-fill the form that must accompany each COVID-19 molecular test, as required by the Chicago lab providing the analysis and results. NMU has whittled down the time required for test and data entry from 20 minutes to five minutes.

Other projects Danik's team was involved in were: a shopping cart-style system for ordering PPE on campus (see related story); and an online attestation employees must complete before returning to work, indicating they understand their rights and responsibilities regarding safety protocols during the pandemic.

Danik and colleague Chris Lewis, director of technology support services, built the technology pieces required for a major modification to the orientation program, which shifted to a virtual format over the summer. Bill Richards, senior project manager, coordinated the effort.

“They had orientation registration open since October, but decided in May to transition freshman in-person sessions into three virtual phases,” Danik said. “There was a meeting with a group leader on Zoom; self-paced Moodle modules; and an individual Zoom session with an adviser. We had to write a quick feature for group leaders to mark attendance for phase one, which triggered access to the courses in phase two.

“Normally there are six to seven group sessions, but that basically doubled in order to make the capacity more manageable on Zoom. Each session normally identified as one was divided into two, such as 03A and 03B.”

Danik said Garrett Taylor, programmer/analyst I, and Brian Larson, director of enterprise software, assisted NMU Disability Services with a project. They developed a way to quickly indicate to faculty which students on their class rosters qualify for a mask exemption or remote learning accommodation.