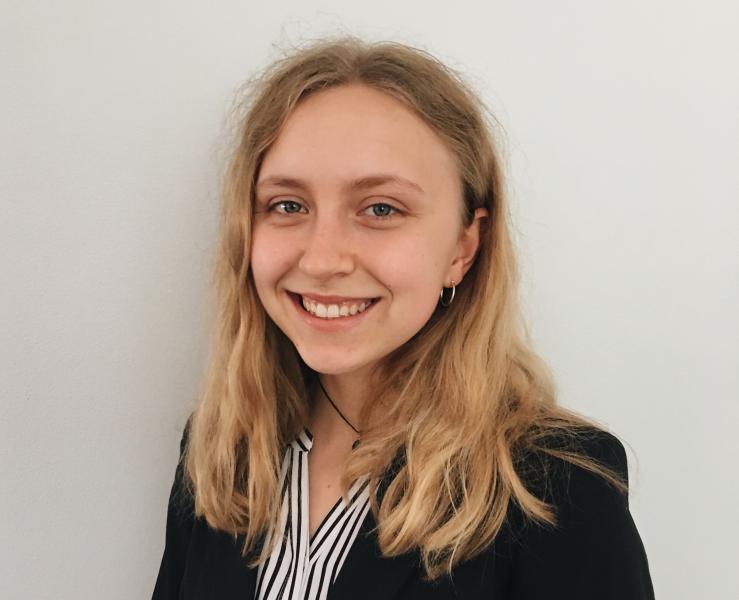 Strand's project is titled “Sex Differences in Error-related Electrocortical Activity and Anxiety-related Symptoms.” Josh Carlson, her mentor and associate professor in the Department of Psychological Science, said the brain constantly monitors behavior to ensure optimal performance. When non-optimal performance is detected, the brain makes adjustments—for example, increasing focus on the task at hand—to maximize the likelihood of future success.

“The brain's response to non-optimal performance is referred to as the error-related negativity, which is a large negative brain wave that can be recorded using electroencephalogram (EEG),” Carlson said. “Although detecting non-optimal performance is adaptive and can be used to optimize behavior, excessive sensitivity to errors has been found to be a central component of anxiety disorders. Recently, it has been discovered that the relationship between anxiety and error monitoring is greater in females compared with males. Natalie's summer research project is focused on furthering our understanding of these potential sex differences in the anxious brain.”

Carlson directs the Cognitive x Affective Behavior & Integrative Neuroscience (CABIN) Lab, a place where Strand began volunteering regularly and assisting in conducting a multitude of studies and experiments. She cites her time spent there as the inspiration to add a cognitive focus to her neuroscience major.

“I've had Dr. Carlson as a professor almost every semester and having him as my mentor has been great because he's been able to work with me to help gauge my interests in the project,” said Strand. “I assisted with EEGs. That is a two-hour process, between setting them up and getting the patient to do them. I also collected and analyzed a certain amount of data before each experiment.”

During her time at NMU, Strand has served as co-president of the Honors Student Organization, is a graduate of the Student Leader Fellowship Program (SLFP) and has been a member of the NMU Orchestra and Marquette Ending Hunger.

After graduating from NMU next May, Strand plans to pursue a doctorate in neuroscience.