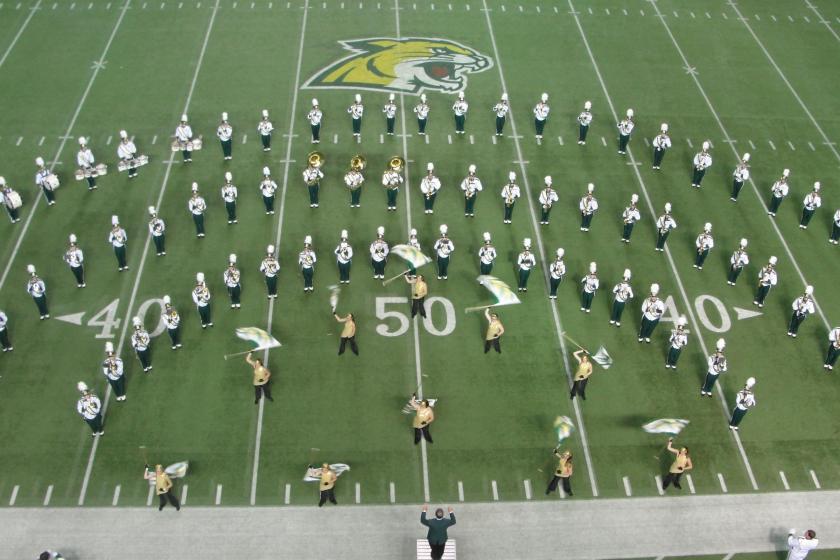 The NMU Pride of the North Marching Band will perform the first of three fall Superior Dome shows, absent a football game because of COVID-19, at 1:30 p.m. Saturday, Sept. 12. A "studio audience" of 120 who request passes in advance will be able to watch the performance live in the Superior Dome. The show will also be streamed for viewing later in the day on the band's Facebook page.

The band is marching block-style drill and members are spaced at 7.5-foot intervals, using bell covers on most instruments. Audience members must wear masks and sit socially distanced in the bleachers on the media deck (press box) side of the field.

A limited number of free guest passes are available on a first-come basis, with a  maximum of two per person. They will be emailed before Saturday. Band parents and alumni area also invited to obtain passes. Send requests in advance to Director of Bands Steve Grugin at sgrugin@yahoo.com.