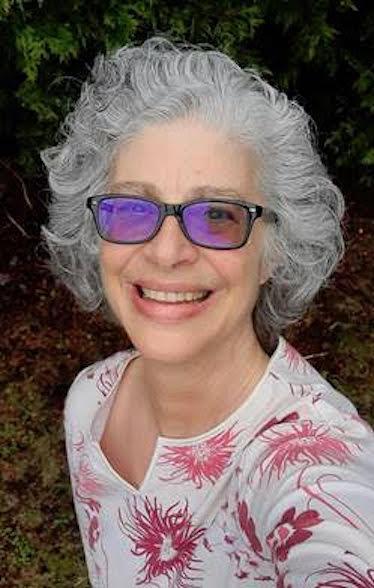 Evelyn Massaro received a wonderful parting gift shortly before retiring July 1 as station manager at WNMU-FM at Northern Michigan University. She was selected as the 2021 Public Media Impact Professional Award recipient by the Michigan Association of Public Broadcasters. The prestigious award recognizes an MAPB radio or television professional who provides “lengthy and exceptional service.”

“It's quite an honor because I didn't do anything single-handedly; others contributed to everything that happened,” Massaro said. “It's been said the more challenging your job is, the more rewarding it is. I've had the most rewarding career ever. After 42 years in the same field—including almost 30 spent over two separate stints at NMU—it's nice to be recognized.”

Massaro said she was first hired by WNMU-FM as a work-study student at Northern. She helped the traffic department generate the daily programming logs of programming and public service announcements.

“When I graduated [in 1982], the Corporation for Public Broadcasting was handing out grants to organizations because it wanted to elevate more women to management roles,” she said. “I went to the station manager and said we could get two years' worth of pay and benefits with this grant. He told me to fill it out and send it in, saying ‘If we get the grant, you get the job.' I became promotions and marketing director for radio and then shifted to a similar role at WNMU-TV. I was promoted to development director at the TV station before moving to Tampa, Florida.”

Massaro spent nearly a decade as the membership director, or main fundraiser, for WUSF-FM at the University of South Florida. When former WNMU-FM station manager Susan Sherman retired, Massaro was encouraged to apply for the position. She was hired and has served in the role since 2002.

Tammy Wixtrom Johnson, who has been promoted to WNMU-FM station manager, wrote a letter in support of Massaro's nomination for the award. She said university budget reductions in 2003 threatened the public stations' survival, but Massaro stepped up to keep them on the air.

“Evelyn stood up and said that ‘it should be up to our viewers and listeners to determine if we are able to continue to broadcast,'” Johnson said. “She took the campaign to the community in order to save WNMU. The community responded in droves. Evelyn has given her to WNMU-FM through her management and fundraising efforts. Each year, each month, each day can be a challenge to keep the station's donations coming in, yet she did it year after year.”

“She developed fundraising plans, worked with station donors, assisted the general manager with staffing changes and provided impressive follow-through that made their plan successful. She modernized station fundraising with updated computer systems, deployed better automation systems that allowed staff to make more efficient use of their time, provided new broadcast translators to improve listener reception in remote communities, and developed local content that resonated with listeners. Simply put, without her knowledge and abilities, the station would not have survived, much less thrived.”

The MAPB award ceremony will be in a virtual format this year.