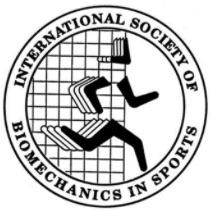 NMU's School of Health and Human Performance continues to have a major influence on the International Society of Biomechanics in Sports as it marks 20 years of involvement in the organization. At the 2020 ISBS conference, held virtually because of COVID-19, NMU faculty, students and alumni contributed papers and video presentations, coordinated events, and were elected to serve in leadership roles.

As vice president of publications, Professor Sarah Breen led a team that supported the dissemination of 60 video presentations and two award lectures on the society's YouTube channel. She also served on an organization committee for the inaugural “Women in Sport Biomechanics Event,” which facilitated discussion on the challenges females face in the discipline through presentations by five speakers from varying career tracks.

Professor Randall Jensen was elected ISBS President Elect and alumna Stephanie Moore, who earned a master's degree in exercise science and is working toward a doctorate in Austria, was elected as the student representative on the ISBS Board of Directors.

Other papers resulted from collaborations between Jensen and alumni Alicia Thone, Hunter Frisk and William Ebben, all of Lakeland University: “Sex-Based Analysis of Spring Acceleration”; and “Spatial, temporal and kinetic variables during the early acceleration phase of sprinting.”

NMU previously hosted the ISBS annual conference in 2010. Also, proceedings of all conferences are made available on the NMU Commons, an online repository for research and scholarly output. The 2020 proceedings include 250 peer-reviewed open access papers.