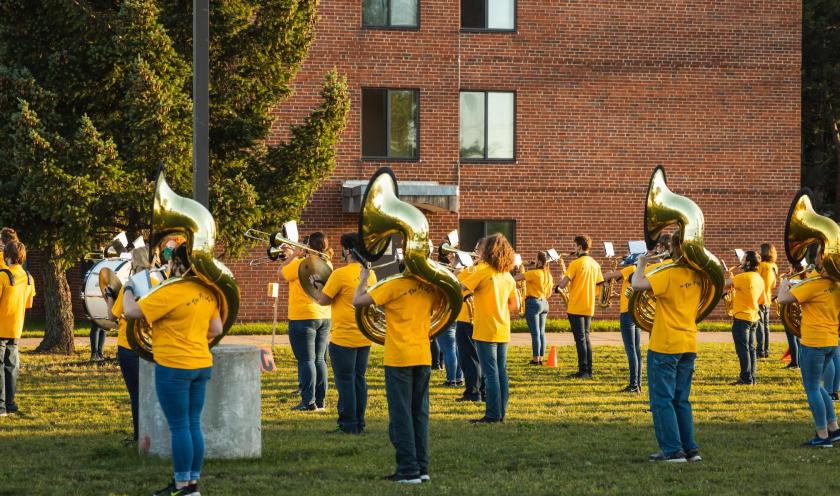 The band outside Spalding Hall

The COVID-19 virus may have canceled the football season, but it hasn't stopped NMU's Pride of the North Marching Band from sharing its music with others. Monday night, the band delivered a special outdoor performance to students in quarantine and isolation in Spalding Hall. The group will also perform three Superior Dome shows this fall that will be streamed for online viewing.

The band marched from Thomas Fine Arts to Spalding Hall and played outside for 10 minutes each on the north and south sides of the building, as students watched from the windows. It was a band member's idea to entertain Spalding occupants whose activities and interactions have been limited because they either tested positive for the COVID-19 virus or came into contact with someone who did.

“We really felt bad for them that they had to start school year being here quarantined,” said freshman Sean Davis in a TV news report.

The audience was smaller than it would have been at the start of the semester, but that is a good thing. Occupancy in Spalding Hall, which the university has reserved for temporary quarantine and isolation, has dipped to single digits as of today, according to the university's COVID-19 dashboard. It housed as many as 77 students last month.

Director Stephen Grugin said he would like to attract a larger audience for the streamed performances at the Superior Dome.

“We are planning to have our Saturday ‘Dome Shows' on Sept. 12 and Oct. 3 and 24 at 1:30 p.m.,” Grugin added. “Hopefully we'll have a big following when we stream them on the NMU Marching Band Facebook page. Right now I'm working to determine if the video stream will be live or played later in the day.” 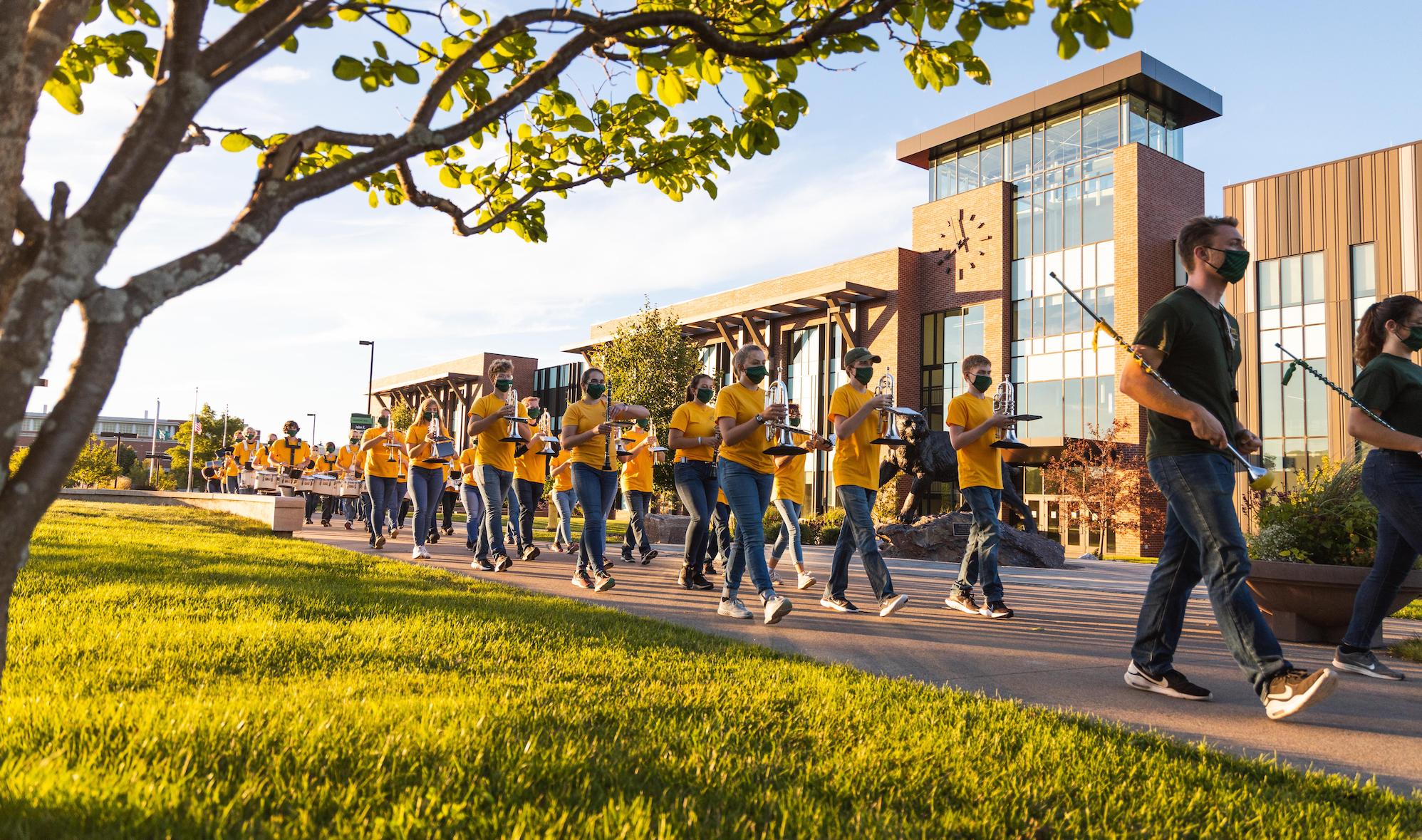