NMU Board Approves Room and Board Rates, New Programs 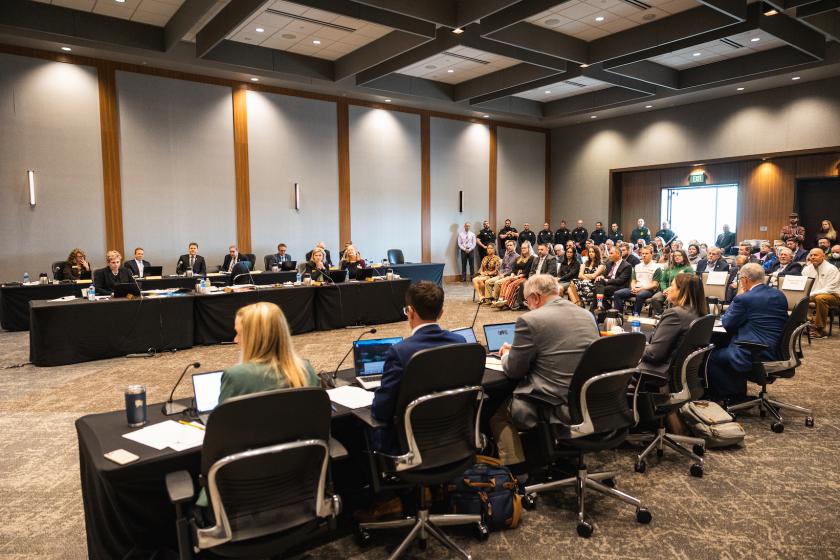 The Northern Michigan University Board of Trustees has set room and board rates for the 2022-2023 academic year and approved seven new academic programs that will launch in the fall semester.

The cost of a standard double room with the base required meal plan and comprehensive fee will be $5,725 per semester, an increase of $189.

“The university's food costs have gone up 8.4%, but through cost savings elsewhere, we are able to keep the total room and board rate increase for next year at 3.4%,” said Gavin Leach, vice president for Finance and Administration. “After last year's 0% increase, this increase has become necessary.”

Trustees also approved the sale of Kaye House, which has served as the NMU presidential residence since 1980, along with 1.4 acres of the 9-acre parcel it sits on at 1440 Center Street.

“More universities have gone in the direction of offering their presidents a housing stipend in lieu of an established residence on campus,” Leach said. “The annual savings Northern will realize from no longer operating and maintaining Kaye House will cover the stipend and also avoid future maintenance and renovation costs that come with maintaining the housing. In addition, with the recent renovation of the Northern Center, fewer events are being held at Kaye House.”

In other action, the board:

-Agreed that university operations continue at budget levels no greater than the current fiscal year, except for negotiated contractual increases, until new general fund, housing and residence life, designated fund, and auxiliary operations budgets are approved.

-Approved a rental agreement for suites 1201 and 1202 in the Northern Center from June 1, 2022 to May 31, 2023, between Northern Michigan University and The State of Michigan, Department of Technology, Management and Budget, for the Department of Attorney General.

-Agreed to update the contract signing authority to include the director of Research Development and Sponsored Programs as an authorized signee for grant applications.

-Authorized the following policy revisions: remove ACT/SAT score requirements in the Freshman Admissions Policy; remove certification of finance documents as a condition for admission and add successful completion of English Language Institute as another acceptable demonstration of English language proficiency in the International Admissions Policy; increase the number of credit hours transferred from regionally accredited community colleges from 64 to 90 in the Transfer Credit Policy; incorporate inclusive pronouns in the Volunteer Psychological Withdrawal Policy; extend the course withdrawal date to the end of the 15th week in the Drop Policy; and update the withdrawal language to reflect the preceding change in the Incomplete Grade Policy.

-Supported a motion by the Ad Hoc Policy Committee to approve the revised Non-Represented Employee Handbook.

-Publicly recognized the following (read separate stories on each at the links provided): NCAA champion swimmer Ondrej Zach, who won the men's 1,650-yard freestyle at the Division II national meet; individuals and agencies who assisted in the rescue of NMU employee Stephanie Penhale; and Trustees Emeriti Rick Popp and Thomas Zurbuchen.

Chair Steve Young read a statement that praised Kerri Schuiling for the excellent job she has done leading the university during the search for the next president, particularly with an extended timeline. Young said she will be called president, not interim president, until a successor is named.

The next meeting of the NMU Board of Trustees will be held July 14-15.