NMU Board Sets Room and Board Rates 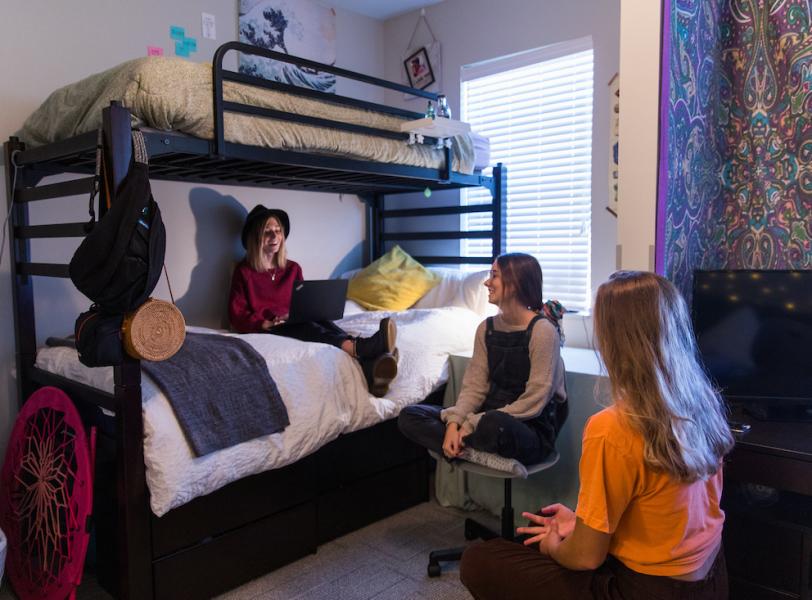 The Northern Michigan University Board of Trustees has approved room and board rates for the 2020-21 academic year.

The combined cost of a double-occupancy room in a traditional residence hall and the dining plan base requirement—the “silver constant” meal pass—will be $5,396 per semester, an increase of $149 or 2.84%. A double-occupancy room in The Woods complex with the same dining plan will cost $5,813 per semester, an increase of $163, or 2.88 percent. The full rate schedule will be available here.

Spooner Hall rental rates will go down 5%—the first-ever reduction in campus housing costs. Spooner residents will also pay nearly 14% less for a new, hybrid meal plan consisting of meal swipes to use at the Wildcat Den and Northern Lights, along with dining dollars to use at other NMU Dining Services locations.

“We're always very aware that the cost of an education is increasing,” said Steve Mitchell, who conducted his first meeting as board chair. “Therefore, we're very pleased that we can keep these room and board rate increases below 3%, yet still have the necessary resources to maintain the outstanding residences, food and services we provide to students.”

“I think it's important to try to set costs for families as early in the year as we possibly can,” said NMU President Fritz Erickson. “It's also important to look at room and board rates in the context of everything else at the institution. We apply the same level of commitment to access and affordability to housing and dining rates as we do to tuition. So we made a recommendation to the board for what we think is an appropriate amount.”

“It's extremely important as a board that we're formally recognizing inclusion and excited to be part of a committee working with the university to look at that,” Hart said.

-Added women's wrestling, which will begin as a club sport in fall 2020 and expand to an NCAA scholarship-level program in fall 2021. See a detailed story from NMU Athletics here.

-Reorganized the Beaumier U.P. Heritage Center so that it now falls under the Academic Affairs Division instead of under Alumni Relations and the NMU Foundation.

-Agreed to appoint Rebecca Ulland as department head and professor for Languages, Literatures and International Studies.

-Approved the following honorary degree recipients for May commencement: Thomas Zurbuchen, associate administrator for the Science Mission Directorate at NASA (he will also serve as commencement speaker); John Berry, 1971 alumnus who is chair and CEO of Berry Investments Inc.; and Mary Lincoln Campbell, managing director/founder of EDF Ventures.

The brief business session was held during the board's annual February retreat. The next regularly scheduled meeting will be held Thursday, April 30-Friday, May 1, preceding commencement.