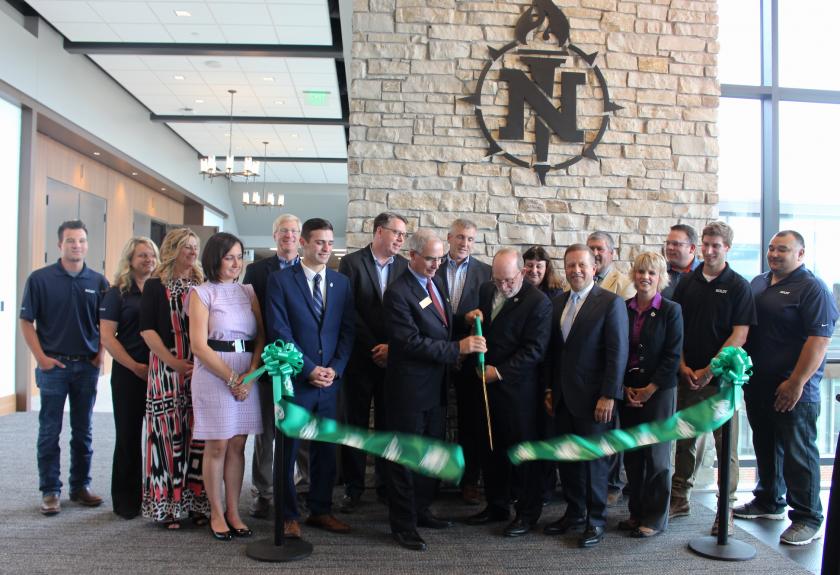 NMU showcased its newly renovated Northern Center with a dedication and public tours on Sept. 19. The former University Center was built in 1960 and has been a campus fixture for nearly half of Northern's 120 years of existence. The facility has been reimagined and renamed to reflect its high-volume use as a premier venue not only for the campus community, but for the Upper Peninsula.

“This facility is proof that when you have a vision and get the right people together, good things happen,” said Gavin Leach, vice president for Finance and Administration. We wanted a facility that would compete with bigger cities and attract more high-end conferences and events to the area, which also helps fuel the local economy.

“Our design was strategic. We wanted large, comfortable gathering spaces, an abundance of natural light and a way to continue with a main street concept that we started with Jamrich Hall. That includes wide open concourses that promotes interaction with others. Thank you to all who helped us accomplish our goals. We will enjoy the amenities of this building for years to come.”

The Northern Center includes a 12,000-square-foot Grand Ballroom, pre-function areas, a remodeled Barnes & Noble bookstore, integrated audio-visual technology and award-winning chef and catering services. It will include a new Wildcat Den restaurant with a gaming area and a Don H. Bottum Atrium in honor of the building's former namesake.

Another feature is the Scott L. Holman Executive Conference Room, named in honor of the Ishpeming native and 1965 NMU graduate. It features interactive technology, comfortable seating for up to 20, a kitchenette and food/beverage service area. It is available for campus and community use.

“Scott was a former chair of the NMU Board of Trustees and a previous alumni board member,” said NMU President Fritz Erickson. “Few people are more suited to have a first-rate executive conference room named after them. We are deeply appreciative of what he has done in support of his alma mater.”

Erickson said Leach played a pivotal role in working through the logistics and funding to implement the vision for the Northern Center. 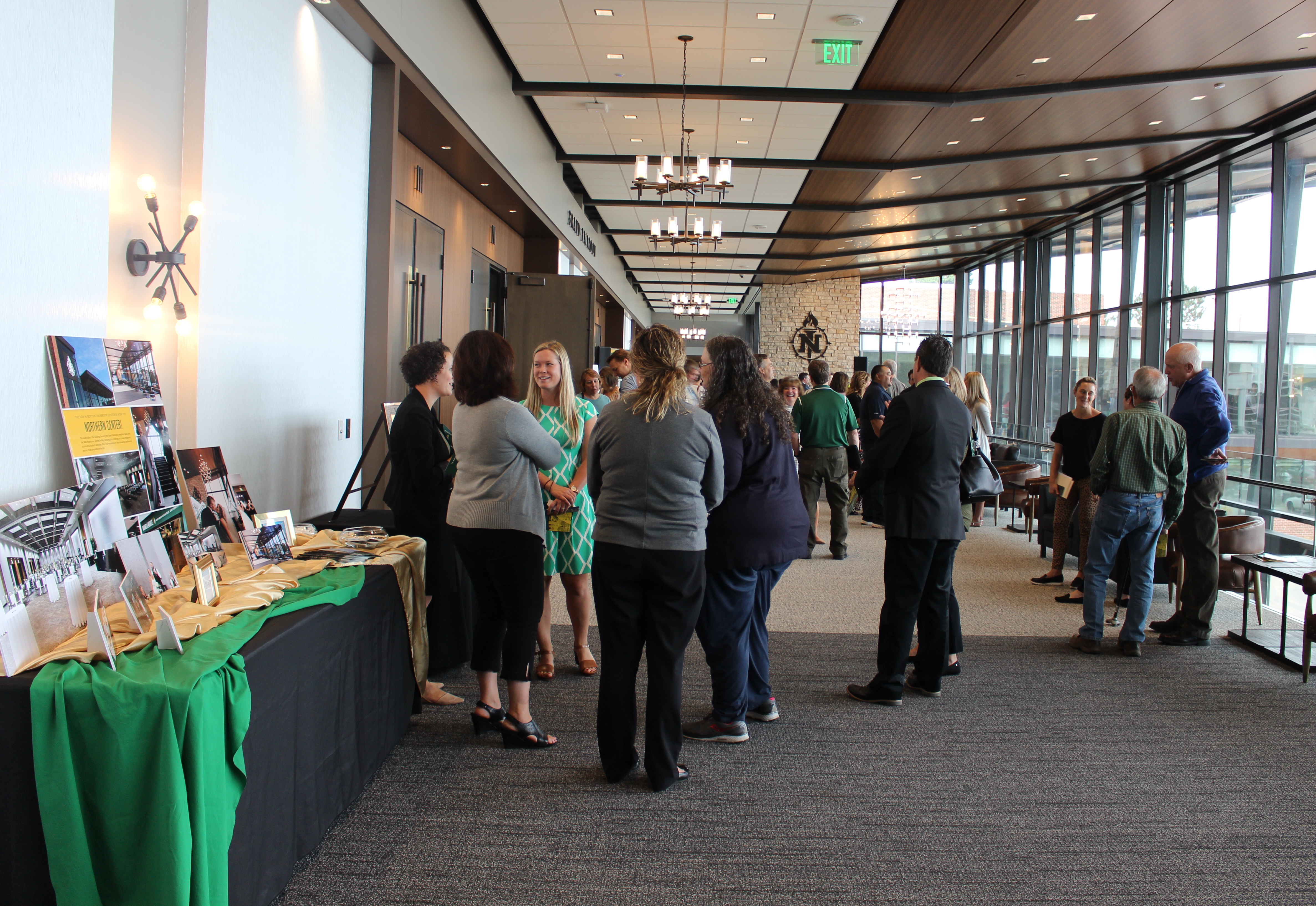