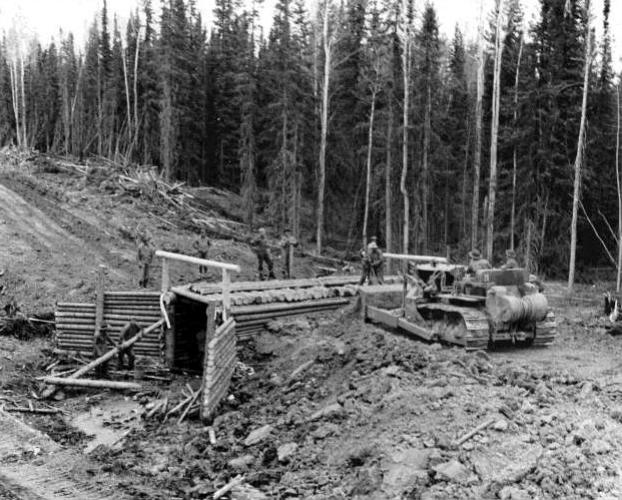 The Northern Michigan University Alumni Association will continue its Northern Now monthly digital event series with a presentation by permafrost expert and alumnus Fritz Nelson ('73 BS). His talk is titled "Hell of a Highway: Permafrost and the Development of the Alcan Project." It will begin at 7 p.m. (EST) Wednesday, Nov. 11.

Nelson will discuss how the 1,400-mile Alaska-Canada (Alcan) Highway came to be built, the strategic considerations motivating its construction, the monumental problems caused by naive engineering practice in permafrost terrain and how these problems were resolved. He will also explore the large role played by African-Americans in the road's construction, and the ironic nature of U.S.-Soviet interactions involving permafrost during the Cold War and beyond.

The World War II military road, developed through nearly uncharted wilderness over only seven months in 1942, was one of the largest engineering projects undertaken in North America to that time. The largest single obstacle to the construction and efficient operation of the initial “pioneer” road was ice-rich frozen ground. Despite repeated warnings by Arctic experts about the use of mid-latitude engineering procedures in permafrost regions, the U.S. Army initially adopted conventional construction techniques, with disastrous consequences.

Nelson was a 2007 Distinguished Alumni Award recipient, in part for his contributions to permafrost research, and a former Alumni Association board member.

Susy Ziegler, professor and department head of Earth, Environmental and Geographical Sciences and associate dean of the College of Arts & Sciences, will host a Q&A session immediately after Nelson's presentation. The event is free and registration is required. Attendees register here and will receive the link to access the live stream.

Northern Now is a monthly, digital event series for alumni and friends hosted by the Northern Michigan University Alumni Association. Taking place on the second Wednesday of each month, the series provides a behind-the-scenes look at NMU students, departments, athletics and more on campus with exclusive tours, interviews and interactive events. Stay connected to NMU and learn more at nmu.edu/alumni. The NMU Alumni Association can be contacted at alumni@nmu.edu.

Kylie Bunting of the NMU Alumni Association contributed content for this story. She can be reached at kbunting@nmu.edu.