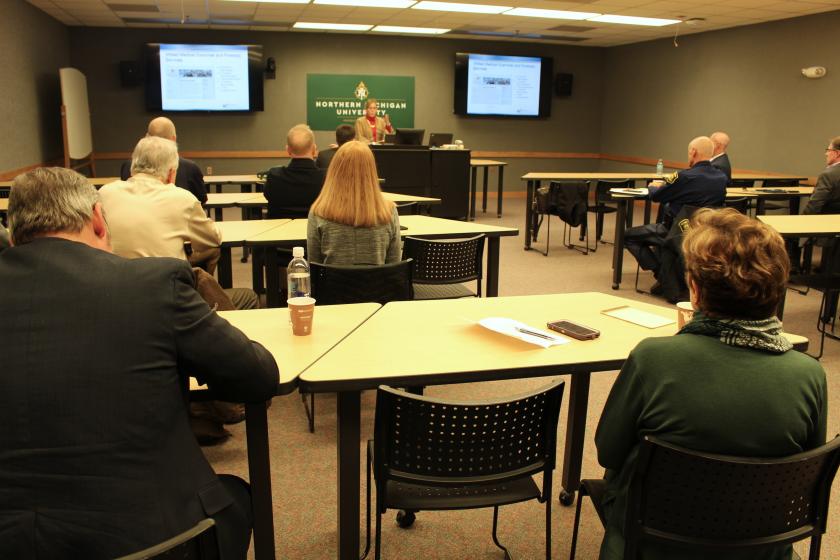 There are no forensic pathology services in the Upper Peninsula to aid in criminal investigations and prosecutions, but Northern Michigan University is a central player in the effort to change that. As discussed at a Nov. 20 meeting of U.P. law enforcement and prosecutors on campus, NMU would be a logical host site for a forensic pathologist, based on its complementary forensic anthropology expertise and research facilities.

“NMU already has a really solid program here,” she said. “Having someone who can serve in a central location at a place where the program's already a natural fit really makes sense. At WMed, forensic pathologists are employed by the medical school and the counties contract with the medical school for those services. It would require a firm commitment by U.P. counties to use this person. It wouldn't be NMU's role to subsidize the counties for this. My role today is to see what's needed to make this happen and what counties want to do and their timeline.”

NMU Provost Kerri Schuiling said her vision all along has been to have a forensic pathologist based on campus.

“Ever since we started moving toward a forensic anthropology program and began visiting various institutions and places that have those programs, we found they typically work closely with forensic pathologists,” Schuiling said. “Through exploring all this, we met Joyce, who said forensic pathologists like to be located at campuses and work with anthropologists because they do research together that's important and fills out the whole circle.”

While forensic anthropologists' general focus is on bones, forensic pathologists are physicians who specialize in the investigation of sudden, unexpected and violent deaths. They perform an autopsy to determine the presence or absence of disease, injury or poisoning; collect medical and trace evidence from the body for further analysis; evaluate crime scene evidence and information; and sometimes testify in criminal cases.

Marquette County Prosecutor Matt Wiese said a forensic pathologist based at NMU would be a great benefit to U.P. counties.

“If we have a homicide case and it's contested, we have to consult with a forensic pathologist from another jurisdiction downstate, especially when we've had infant deaths and things of that nature,” he said. “We have to look at how it would work with the university potentially hosting the position and partnering with other forensic science initiatives. Maybe we can work out some sort of regional plan that could benefit everybody. It's a preliminary discussion, but important that we do this. Our biggest fear is that we might have a homicide that we miss.” 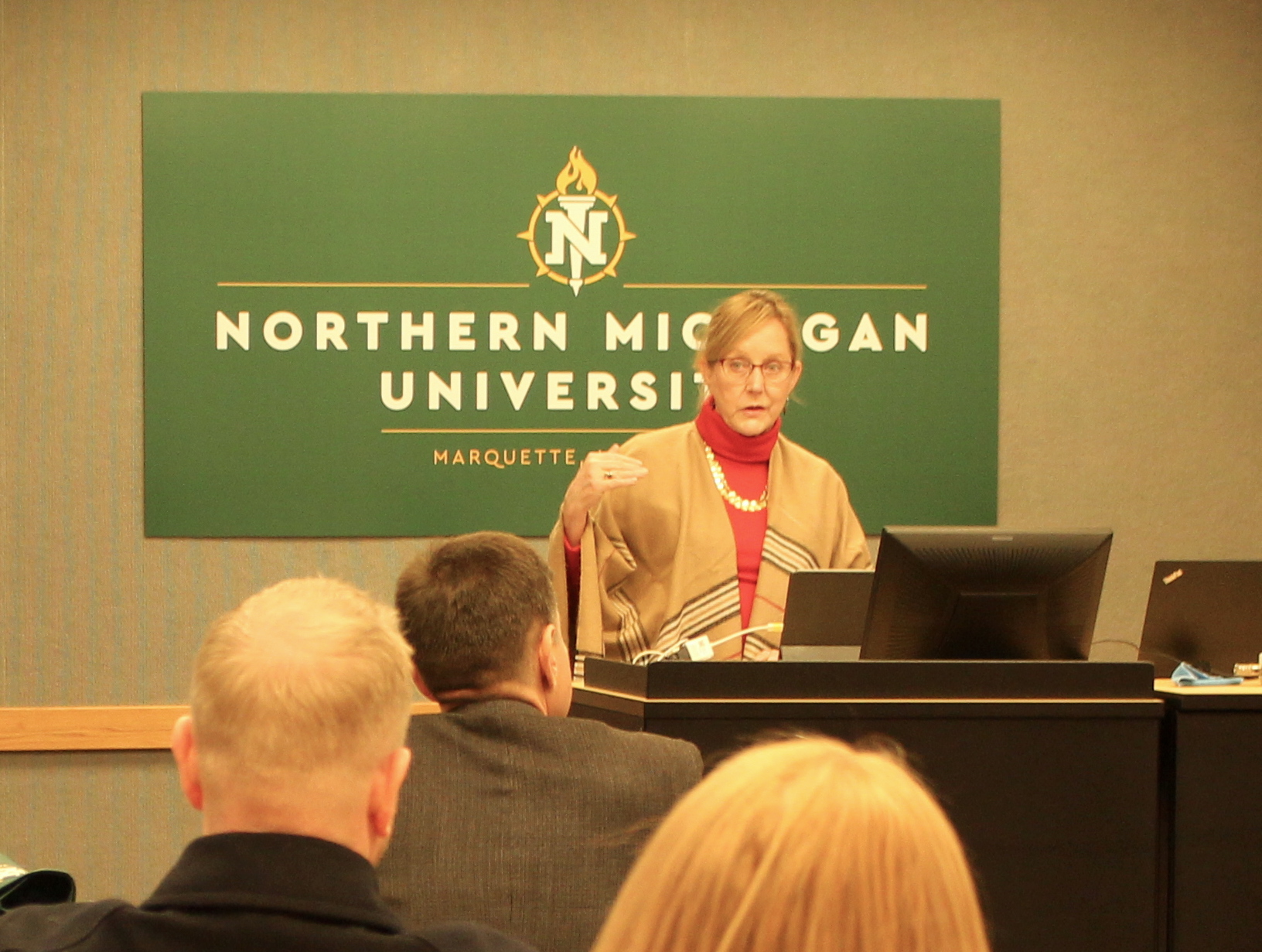 deJong leads the discussion
Prepared By