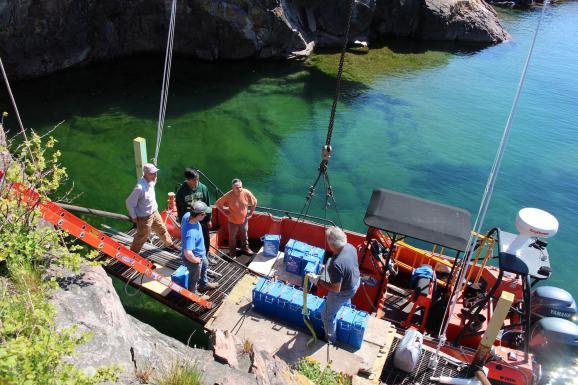 A collaboration between NMU and NASA began this week. Contractors are transporting instruments to Granite Island to set up an offshore solar radiation-monitoring site for NASA’s Clouds and the Earth’s Radiant Energy System (CERES) experiment. CERES has been measuring Earth’s radiation via satellite for more than 30 years. In an effort to validate that data through ground measures—ideally over water, far from land contamination—NASA selected a Lake Superior location after decommissioning a previous Chesapeake Bay site because of safety issues. The goal is that analyses of  CERES data will lead to a better understanding of the role of clouds and the energy cycle in global climate change.

“We want to know what’s taking place in layers, from the top of the atmosphere to the Earth’s surface, so clouds can be better modeled in computer programs used to predict climate forecasts,” said Fred Denn, research scientist with contractor Science Systems and Applications Inc. of Hampton, Va.

Denn said the instruments being installed will measure the following: short-wave, or visible, radiation reflected from the sun; longer-wave infrared radiation, which is invisible, but can be sensed by humans; and aerosols, a broad collection of tiny particles in the air that scatter or absorb sunlight to varying degrees.

“It’s an interesting project that has cutting-edge research,” said NMU alumnus and trustee Scott Holman, who owns the island and agreed to host the NASA instruments there. “One of the criteria for any research project on Granite Island is that it has to involve NMU faculty and students. As we add monitoring equipment on the island, energy becomes an issue. We create our own with propane tanks and wind generators. NASA will generate its own power for its project with solar panels and batteries.”

Since 2009, Granite Island has housed sophisticated meteorological research equipment donated by Holman to NMU. It measures evaporation rates on Lake Superior and is one of only six sites that comprise the Great Lakes Evaporation Network.

“Granite Island was selected as a CERES site based on its over-water location, as well as the available infrastructure, power and internet at the island,” said John Lenters, NMU research associate and owner of Lentic Environmental Services. “The potential added benefit of weather monitoring equipment that had been installed at the island previously as part of the Great Lakes Evaporation Network also appealed to NASA.”

“I’m already doing data collection and analysis with measures collected from equipment that was already on the island and from other sites in the network,” Walimaa said. “Because the CERES equipment data won’t likely be available until the end of summer, I’m hoping for a directed study in the fall to analyze that. It would be building a project that’s separate, but related, to the evaporation network. I’m getting some great experience in the field this summer.”

Brandon Gerig, NMU biology assistant professor, helped the NASA contractors at Granite Island Thursday morning. He said he will “use data from the monitoring devices at the island in an introductory class to create a tangible linkage to where data is coming from and that it’s originating close to campus.”

“I’m interested in research in general and right now I’m in the exploratory phase of taking advantage of any chance I can get to try to figure out what area I want to focus on,” Millado said. “I’m from Marquette; even though Granite Island’s close, I’ve never been out this way. Seeing a different part of the area is exciting.”

Lentic Environmental Services launched a Granite Island Living Laboratory program in cooperation with NMU and Superior Watershed Partnership to enrich large-lake research, along with education and training opportunities for NMU and external collaborators throughout the Great Lakes region and beyond.

Lenters accompanied NASA representatives to Granite Island with Holman last summer and spent the past few months finalizing access agreements. He said NASA is looking for a reliable, long-term CERES and Baseline Surface Radiation Network (BSRN) site. If Granite Island proves effective, it could lead to an extended collaboration between NMU and NASA.

Granite Island has been used by NMU for two other purposes: as host to one of three university-owned monitoring buoys—also donated by Holman—that generate real-time data on wind speed and direction, wave height, and air and water temperature; and as a relay site to transmit high-speed educational broadband to Powell School in Big Bay. 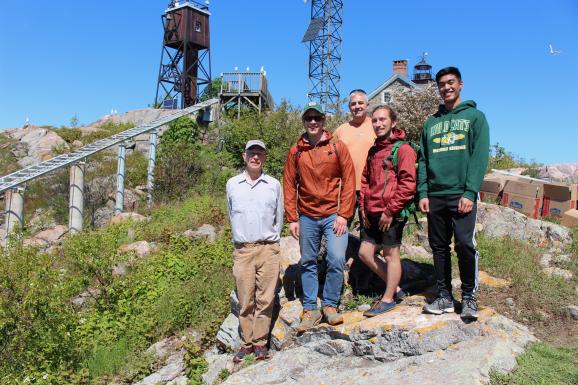 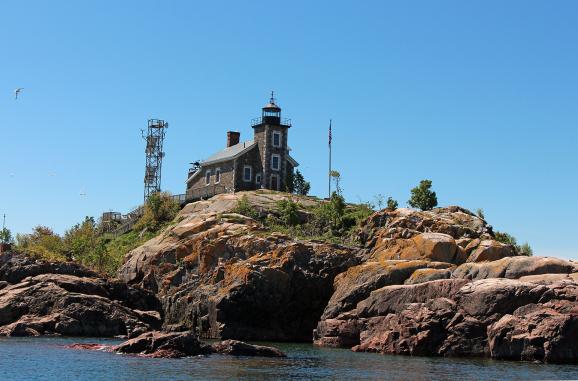 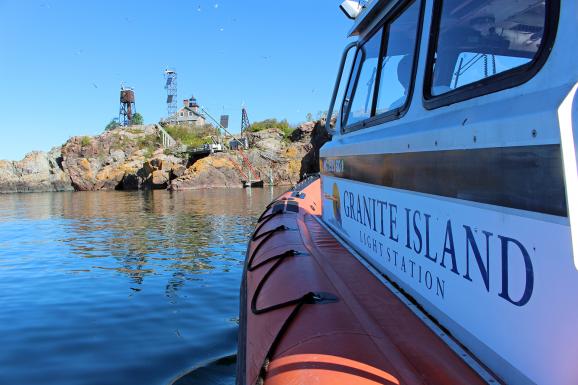 Arriving at island
Prepared By