At NMU, Paad Free to Dance Her Own Dance 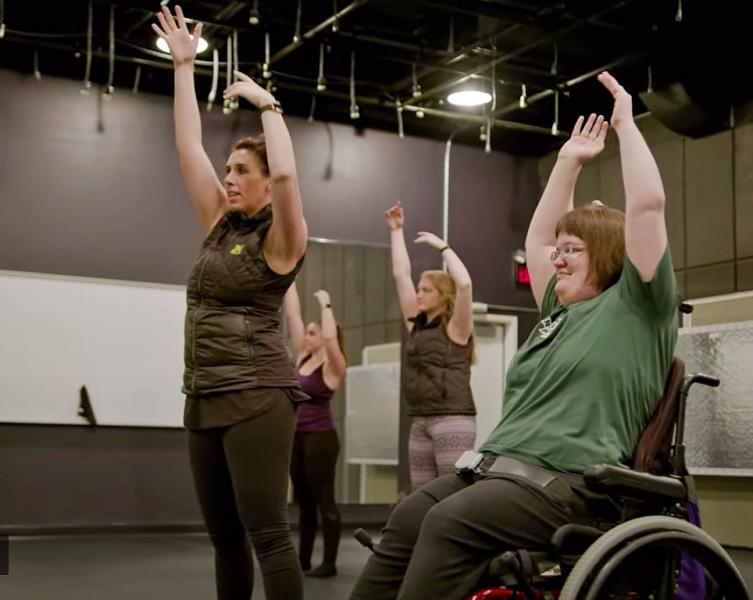 Grundstrom and Paad in front during class

Dorothy Paad dreamed of taking ballet lessons, and courageously defied naysayers who were convinced that was overly ambitious for a woman with cerebral palsy who relies on a wheelchair for mobility. Paad enrolled as a student at Northern Michigan University, where she found an “inclusive and welcoming” environment and participated in the performing arts trifecta of dance, theater and choir. Her positive experience at NMU inspired her to write a new children's book titled Dance Your Dance, Sing Your Song.

“It's my version of being the first ballet dancer with a disability at Northern and all of the emotions I was feeling going to class for the first time,” Paad said. “I was terrified. I said to my dad, ‘What if I can't do every dance perfectly? What if I do it differently?' He said, ‘Doing it differently is a good thing because you dance your dance and you sing your song. It doesn't have to be perfect, as long as you do your best and get your own pleasure from it.' That's where the title came from. In this society, we're too afraid of different. I wanted this to be a feel-good story with the message that to be that different is not scary; it can be cool.”

Paad's book revolves around Dorothy, a smart and sassy moose who struggles with first-day jitters as a college student preparing to study dance at NMU. Following an unexpected event and years of being bullied by others, Dorothy must confront her self-doubt, fear of judgement and physical challenges to break free of barriers and pursue her dreams. As she begins to understand her potential with the help of her animal family and friends, she frees herself from all that is holding her back, motivating others to overcome their challenges and find their purpose.

“If you had told me a few years ago I would write a book, I wouldn't have believed it,” Paad said. “Then the pandemic started and I wasn't able to attend classes anymore. Without dancing, I fell into a deep depression. But I still had a creative urge in me and I needed to do something that would give me a reason to get up in the morning.”

Her path to Northern began when she attended a Superior Alliance for Independent Living (SAIL) dance workshop led by Jill Grundstrom, NMU assistant professor and co-director of NMU Theatre and Dance. When Paad expressed how much she enjoyed it, Grundstrom encouraged her to take classes at the university.

“I called Northern and told them I have some disabilities and they said, ‘No problem,'” Paad said. “Then they asked what class I wanted to take. I took a deep breath and said, ‘Believe it or not, ballet.' They said, ‘Okay.' I had never heard yes related to dance before. I was told I couldn't do it, or studios weren't able or willing to accommodate me. Jill gave me a big hug the first day to make me feel right at home, and she and my classmates became like family.

“I took ballet and jazz. I was also in choir for a while, took a lot of theater classes and performed twice in Scrooge. Northern gave me a lot of cool experiences connected with the arts. There was a time I couldn't have imagined being a young lady with CP in a dance program. If that's not adventure, I don't know what is. I just feel like dancing is what I'm supposed to do.”

Paad is taking a semester off from Northern to pursue her newfound passion of writing via a second book. She will give a guest lecture on disability and dance in one of Grundstrom's fall classes in the hope of inspiring students to be more inclusive and appreciative of the opportunities afforded them.

Before Paad's arrival, Grundstrom said NMU Theatre and Dance had taken steps to increase accessibility. The department launched a “Theatre for All” initiative, which offers modified shows for children and adults on the Autism spectrum or with sensory issues.

“We were already in that mindset, so it provided a nice segue for Dorothy to enroll in our classes,” Grundstrom added. “I felt joyful having her there, and she made a lot of friends at Northern. She also gave other students a sense of perspective for when they think they have it hard. I just read her book the other day. It's very sweet and I sobbed my way through most of it. I found it interesting that she wrote about being terrified and unsure because I didn't see that at all when she came into class the first day. She seemed confident. I keep telling her she was very brave.”

A free launch party for Dance Your Dance, Sing Your Song, featuring a performance by NMU Theatre and Dance students, is scheduled from 6-8 p.m. Thursday, Sept. 23, at NMU's Forest Roberts Theatre. Books will be available for purchase and Paad will be signing all copies. Posters, bookmarks and other items will also be available for purchase, with a portion of the revenue generated used to support NMU Theatre and Dance. Light snacks and refreshments will be provided.

Paad credits NMU 1997 public relations alumna Heather Picotte of Marquette for suggesting that she write a book and helping to transcribe her words. NMU alumnus Matthew Forgrave, who earned his BFA in 2020, served as the illustrator. 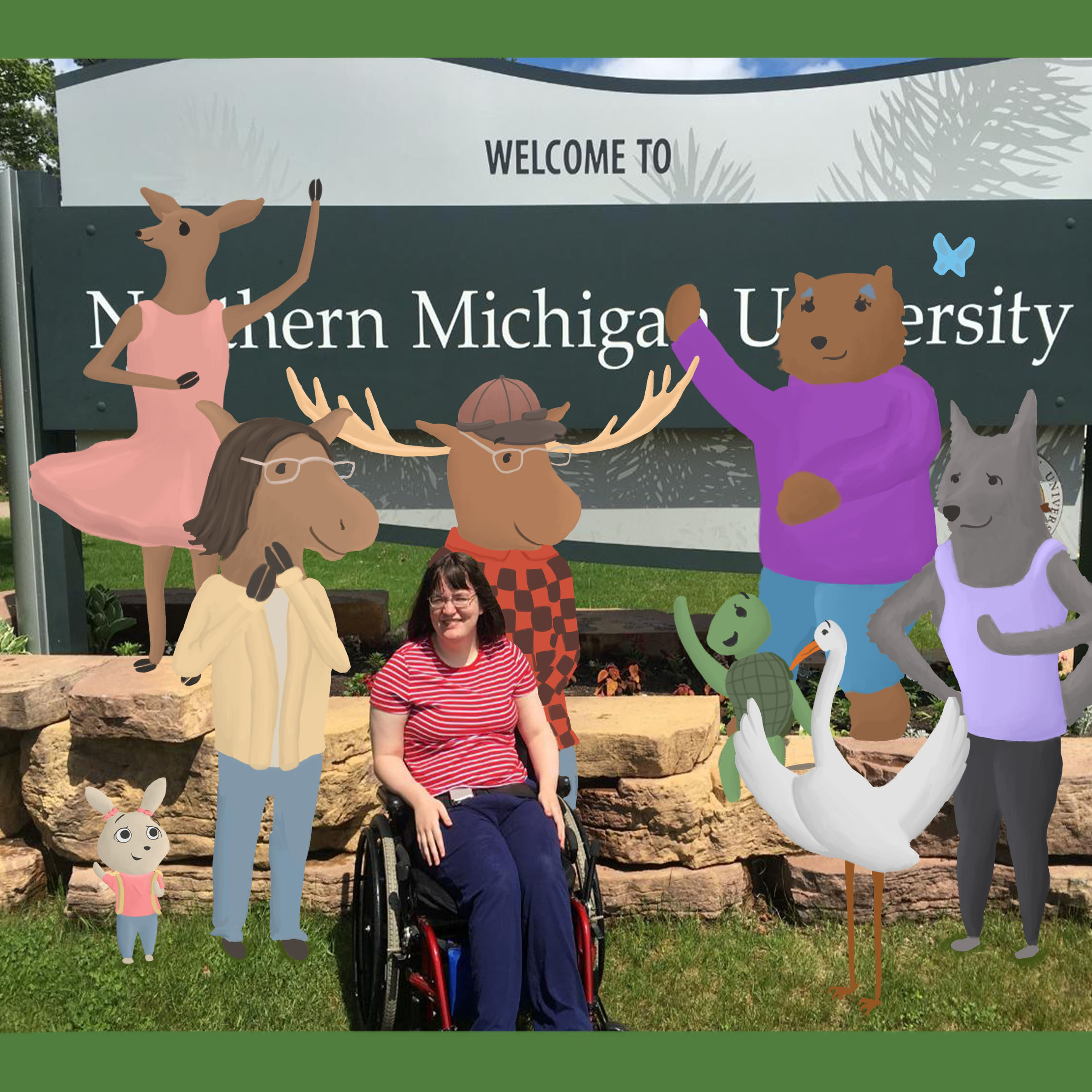 Back cover of Paad's book 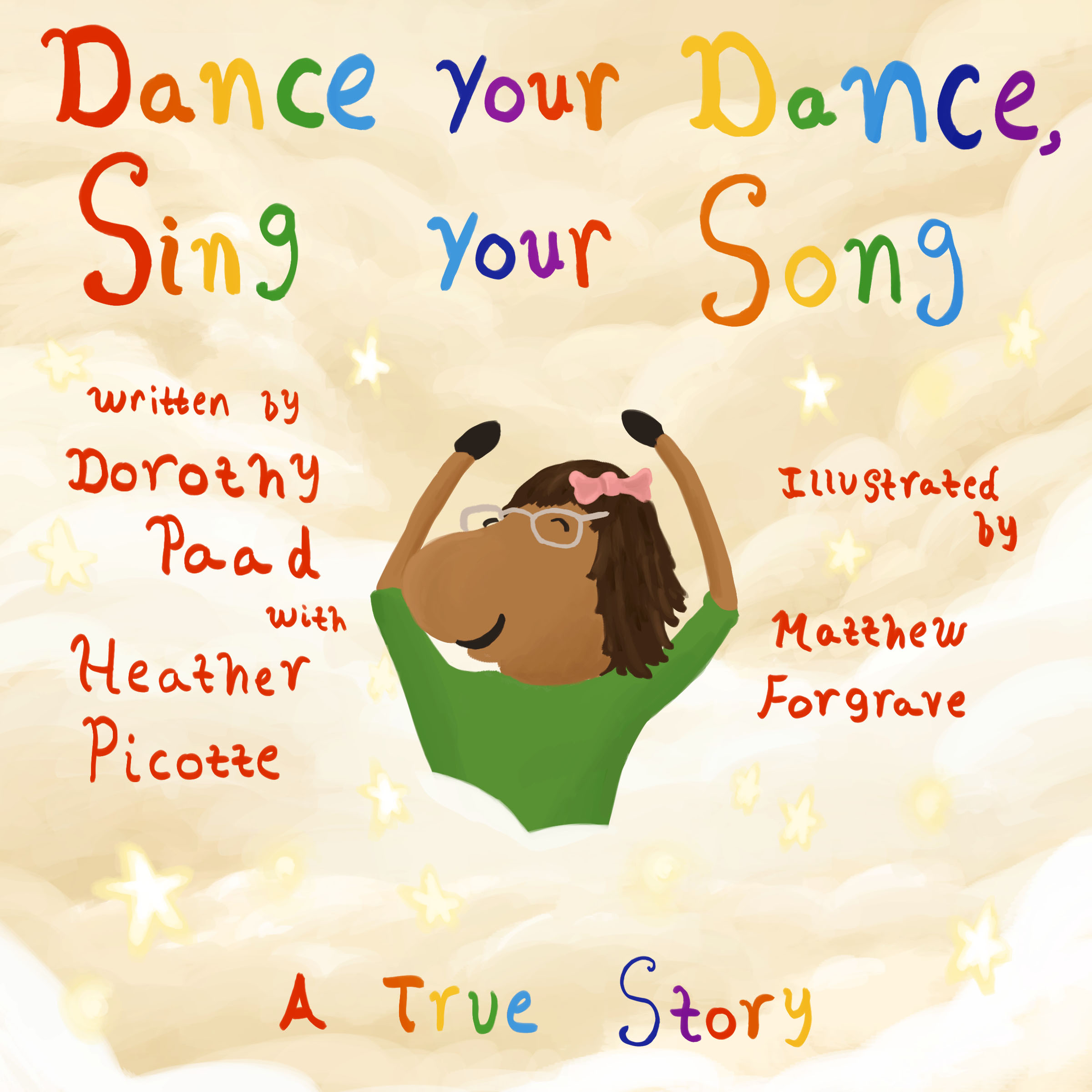 Cover of Paad's book
Prepared By