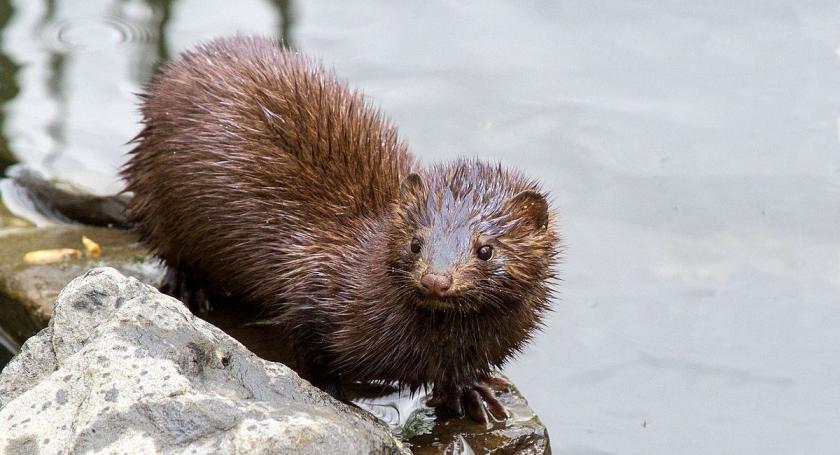 A recent study found a dramatic difference between the microbial diversity in guts of female and male American minks, suggesting an unexpected sexual distinction in the gut microbiomes of carnivores. Diana Lafferty, assistant professor of wildlife ecology at NMU, was first author on the paper. She said the finding is critical to informing future study design.

“That means we usually don't know if the animal that produced the fecal sample was male or female,” Lafferty said. “This finding tells us that analyzing the microbiomes from anonymous samples may not give us an accurate assessment of the population they came from. We'll need to run tests on fecal samples to establish the sex of donors in order to place the gut microbiome data in context.”

“For example, it provides a tool we can use to better understand how animals are responding to changes in their environment,” added Lafferty.

But because wildlife ecologists, and particularly carnivore ecologists, often rely on analyzing fecal samples from wildlife, there are questions about how to account for environmental variables, particularly time and temperature. In other words, does microbial diversity in wildlife poop change when it's hot outside? Are the microbes scientists find in the poop different if they pick up the poop right away compared to if they pick it up five days later?

The researchers chose minks as a model carnivore species for studying these questions because minks can be kept in captivity, can be fed a standardized diet, and their guts are similar to that of other carnivores.

For this study, the researchers worked with 10 captive minks: five male and five female. All of the minks were approximately the same age, in good health, housed separately given the same diet.

The researchers retrieved fecal samples from all 10 minks. While a subsample of each mink's poop was taken immediately for microbial DNA extraction, the remainder of each sample was divided in half so that each mink's feces could be subjected to two different temperature treatments.

One set of samples was stored at below freezing temperatures while another set was stored at 70 degrees Fahrenheit. Samples were then subjected to microbial DNA extraction every day for five days, ultimately allowing the researchers to determine both what kinds of microbes were in each sample and how many of each kind of microbe.

The findings included two surprises. First, not only were many different bacterial species found in males compared with females, but the abundance of the species they shared in common was also different. In other words, when a bacterial species was found in both sexes, the overall population of that species often differed tremendously between males and females.

Erin McKenney, co-author of the study and an assistant professor of applied ecology at North Carolina State University, said carnivore guts are much shorter and less convoluted than the guts of omnivores and herbivores, which have evolved more complex guts in order to break down plant matter.

"The fact that carnivore guts are so simple means there is less time for the immune system, which differs between males and females, to influence microbial diversity, yet we're still seeing substantial differences between sexes in this species," McKenney said. “We could speculate on what these differences mean, but it would only be speculation. Suffice it to say that this finding raises some very interesting research questions that we'd like to explore.”

The second surprise was that neither time nor temperature resulted in significant changes in the fecal microbiomes. This is good news for wildlife biologists, McKenney said, because it demonstrates that "old poops are still accurate enough for assessing the gut microbiome of carnivores."

“So much of the existing microbiome work is on omnivores and herbivores; we're excited about exploring the microbiome of carnivores,” Lafferty said. “We thought carnivore microbiomes might be simple, and we are discovering that they're not.”

The paper, “Mink (Neovison vison) fecal microbiomes are influenced by sex, temperature and time post-defecation,” is published in the Journal of Mammalogy. The paper was co-authored by Sierra Gillman, a doctoral student at the University of Washington; Lane Jeakle, a former undergraduate at NMU; and Brian Roell, a wildlife biologist in Michigan's Department of Natural Resources and Environment.

In addition to the mink project and publication, Lafferty and her research colleagues had another article released recently about gut microbiome research involving black bears. Read more here.

This story is derived from a press release prepared by Matt Shipman at NCSU.