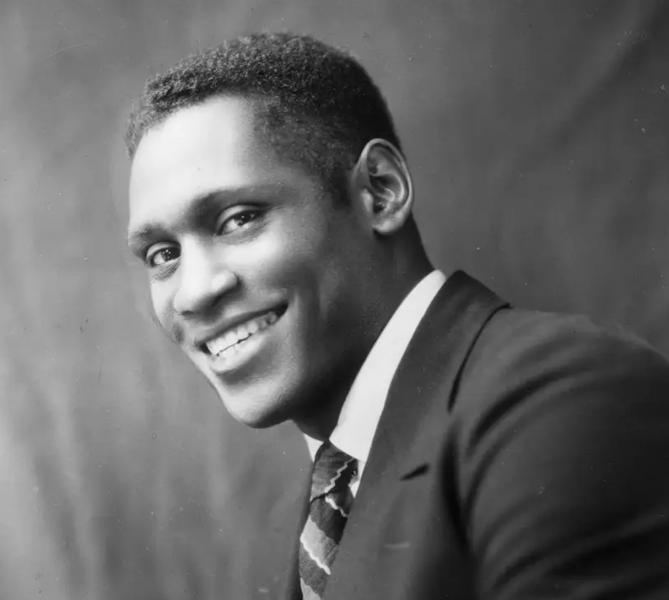 Northern Michigan University's Beaumier U.P. Heritage Center will present "I Go on Singing: Paul Robeson's Life in Word & Song,” a multi-media musical documentary. Held in conjunction with the center's current exhibition, "Conflict and Resolve: Labor in the Upper Peninsula," the documentary is available from Friday, April 9-Sunday, May 30.

With support from the NMU President's Committee on Diversity, this virtual event is performed by American baritone Anthony Brown. It features equal parts documentary and live concert experience. It includes discussions with folk singer Pete Seeger, and Robeson's original arrangements of classics such as "Wade in the Water,” "Ol' Man River" and "It Ain't Necessarily So.” Brown promotes peace and reconciliation through his music.

Robeson made a name for himself as a performer in the early 1900s. He started by singing for spending money during his time at Rutgers University, where he was also an informal member of the Glee Club but could not perform due to racist club policies. Robeson later garnered international attention for leading roles in London productions. As his career advanced, Robeson excelled in activism for international workers and minority rights. In 1946, Robeson visited Ishpeming to perform and support the cause of the striking iron miners.

The stream is free to NMU students and available to the public for $5 per ticket. Tickets and the stream can be accessed at https://nmu.universitytickets.com/.

The Beaumier U.P. Heritage Center is a museum and educational center on the campus of NMU. It celebrates the history and culture of Michigan's Upper Peninsula.

Reservations to see the "Conflict and Resolve" exhibit can be made by calling the Center at (906) 227-2549. The exhibit looks at organized labor in the U.P. region from the very beginnings of the mining and lumbering industry in the mid-19th century to the development of service unions in the 20th century. It features sections on the Knights of Labor, mining safety, various mining and lumbering strikes, corporate paternalism, unionization and community service.

Learn more about the documentary at https://igoonsinging.com/.