From NMU Roommates to Lifelong Friends 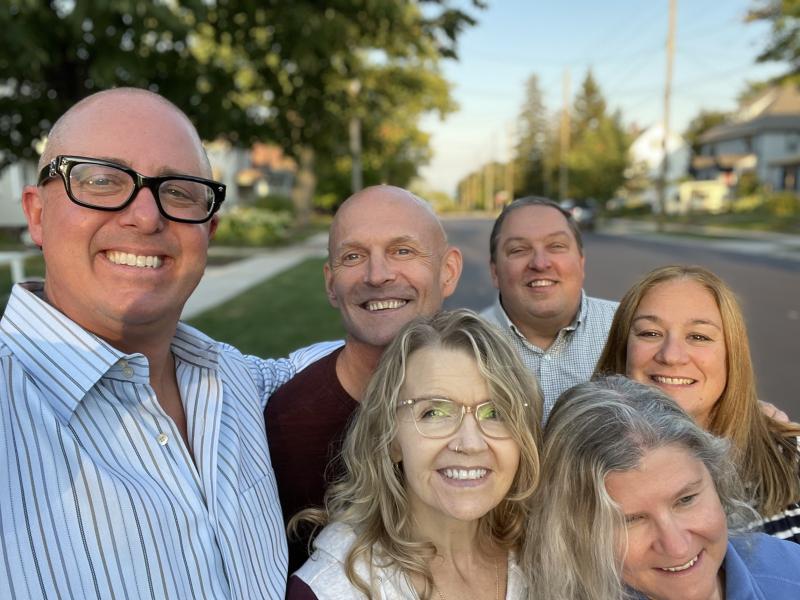 First-year college students may have some trepidation when they move into campus housing with a stranger, wondering whether it will be a good fit. For a group of seven Northern Michigan University alumni, it turned into an opportunity to grow friendships to last a lifetime. They had such a positive experience in the former Gant hall that they moved into an off-campus house together and continue to meet annually 30 years later.

“The community between the dorms was really tight,” said Christian Johanneson, who majored in broadcasting and communications in '91. “You could spend your whole weekend in Gant and have a great time.”

Some initially met each other at orientation, and the whole group gathered to celebrate Johanneson's birthday party, forming friendships. They named their Gant Hall house the 9th Dimension, which remained in use until the building was taken down in 2018. Time was spent watching TV, having parties and painting the walls. The doors were always open.

“It's rare that you find people that you trust who are awesome, and then finding a time in your life when you can spend a lot of time with them. That's a special moment,” said Johanneson. “After school, it's easy to get wrapped up in your own world, and your jobs and your new lives. Keep in touch, meet, get on the phone, or in some way or another, continue to make them part of your lives.”

“We didn't have an opportunity to select roommates and lived with whoever entered the door,” said Sandy Lemkin, a graduate of '88 reflecting on her student experience. “It was really learning to adult at a young age, and you figure out who you want to live with, who you got along with, and what everybody's strengths were in a living situation.”

Quality time consisted of being in the cafeteria, playing Euchre with the janitors, strolling Presque Isle and hiking Sugarloaf and Hogback Mountain. They'd visit each other's homes and meet their families.

“I actually did a small stint as an RA and moved in with them off-campus for several years,” said Mary Myers, a graduate of '91. “Some people came and went, but pretty much everybody graduated eventually. We've become lifelong friends for sure. They're just the people that I trust more than anybody. It's prioritizing getting together and taking advantage of technology.”

The large, three-story house the group moved into off campus was nicknamed “The Bluff Mansion.” They hosted big Thanksgiving meals and Halloween parties, enjoying their time together. Some group members paired off with each other and married, becoming lifelong partners.

“Every milestone that one of us had, we would attend,” said Lois Martonen, a graduate '90. “Every wedding and baby shower was celebrated together. After graduation, we found it more challenging to meet. Starting careers and raising children became an important part of our lives, but we never stopped strengthening our bonds.”

Now that their kids are older, they're happy to reconnect again. They try their best to meet at least once a year and catch up. Reunions have consisted of trips to Marquette, vacationing in Florida or visiting each other's homes.

Other friends in the group include: Rick Gilles ‘89; Bob Myers ‘92, who married Mary; and Bobby Jon Martonen, who earned a bachelor's in ‘90 and a master's in ‘97 and married Lois. 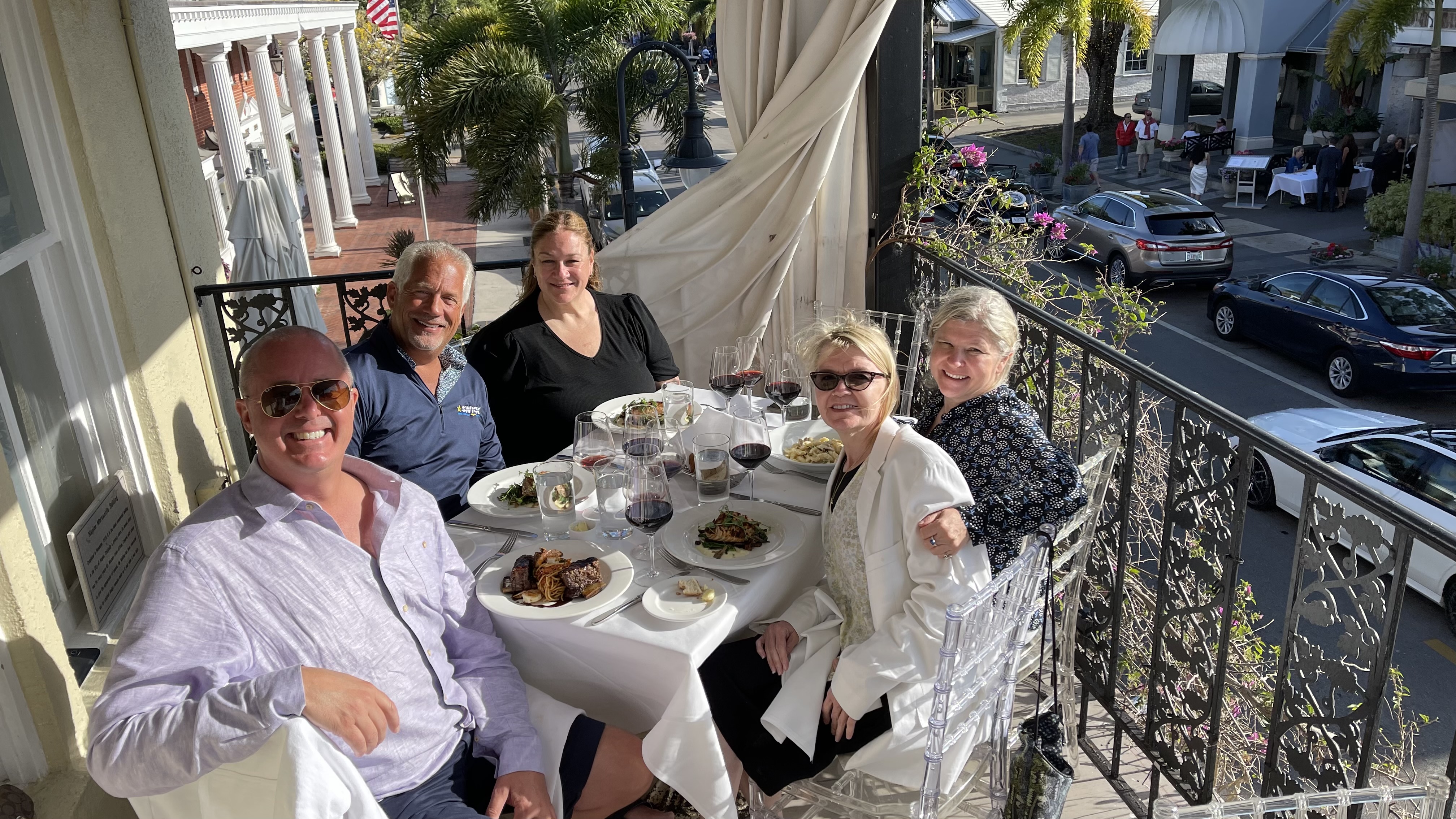 Another shot of some of the friends gathering
Prepared By