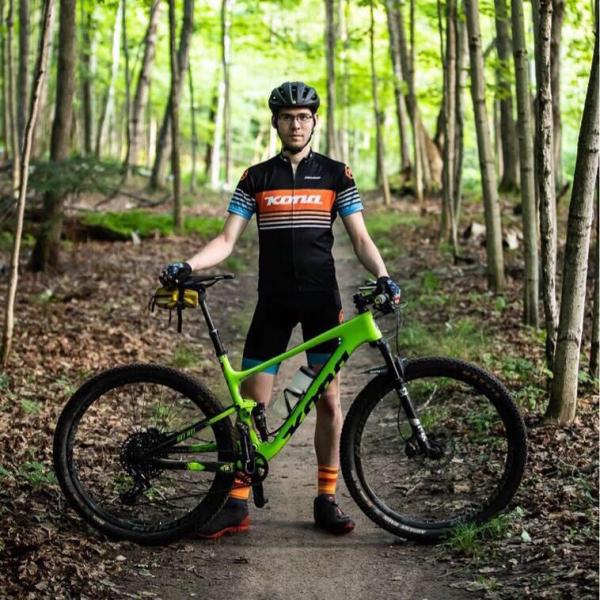 A Northern Michigan University student who discovered cycling five years ago recently won the 2019 Crusher, a 225-mile race over rugged and hilly U.P. terrain. Mark Kransz, a mechanical engineering and technology major from Lansing, will also be competing in another challenging endurance event this Saturday: the Marji Gesick Bike 200.

The Crusher was established in 2014. It consists of four bike events and one run. Starting at the northern end of the Keweenaw Peninsula in Copper Harbor and making their way south toward Lake Superior in Marquette, this year's competitors rode an actual distance of 232 miles and climbed 10,000 feet along the way.

“Race conditions were honestly the most ideal they could have been.” said Kransz. “Leading into the race, I was worried about the warm temperatures, but it ended up being 70 degrees and overcast. It was perfect.”

Competing in The Crusher with Kransz was David (Tinker) Juarez, an Olympian and world and national champion.

“He has so much under his belt and he knows so much.” said Kransz. “He knows how to play the game and the race. It's not just cycling. There are tactics and there are mind games and he is good at all of them.”

Kransz had raced against Juarez before, but this was the first time he was in contention with him all the way until the end.

During The Crusher, Kransz experienced a flat tire as he made his way into Hancock, just outside of Calumet. “I had to work even harder to gain back the time it took to repair,” he said. The repair took roughly six minutes and, by that time, he found himself alone. As a cyclist, that is not an ideal place to be.

Drafting is a process in cycling where cyclists rotate through a line, taking turns riding up front. By tucking in close behind other riders, less energy is expended and there is a reduction in wind resistance, something that Kransz no longer had at his advantage. Despite these unfortunate events, Kransz remarkably recovered his time and finished The Crusher in first place.

In 2016, the Marji Gesick got Kransz's gears turning about extreme mountain biking when a friend suggested the race to him. Before then, Kransz had never raced more than 40 miles and all of a sudden, he signed himself up for 100. The Marji Gesick belt buckle is awarded to those who can complete the 100-mile course in under 12 hours. Kransz missed that buckle by 13 minutes and that year, Juarez finished first.

At that time, Kransz was unaware of who exactly Juarez was. After the race, he researched him and has looked up to Juarez ever since that day.

“Being in the presence of someone who has been overseas, representing the United States at the levels he has is amazing.” said Kransz. “Tinker told me I had one of the best race tactics he's ever seen. I made my attack exactly at mile 200, 32 miles from the finish, right near Eagle Mine.”

The two accomplished cyclists will meet again this weekend as they take on the Marji Gesick, where they were first introduced. Kransz will compete in the 200 mile race and Juarez, the 100. 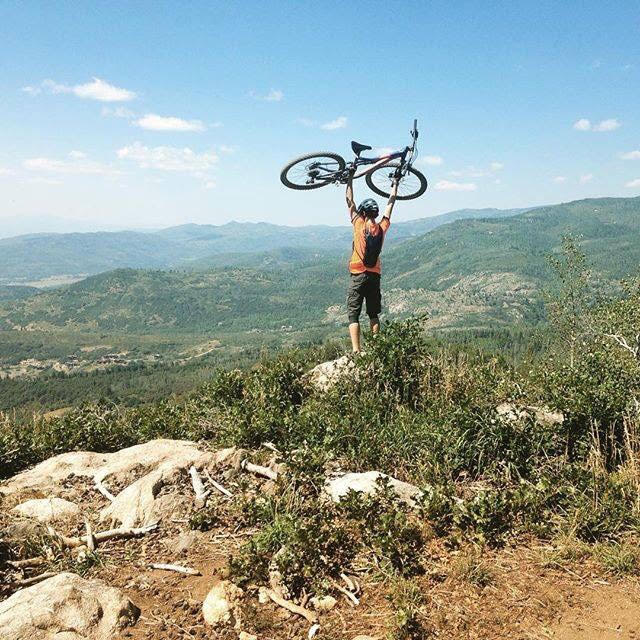