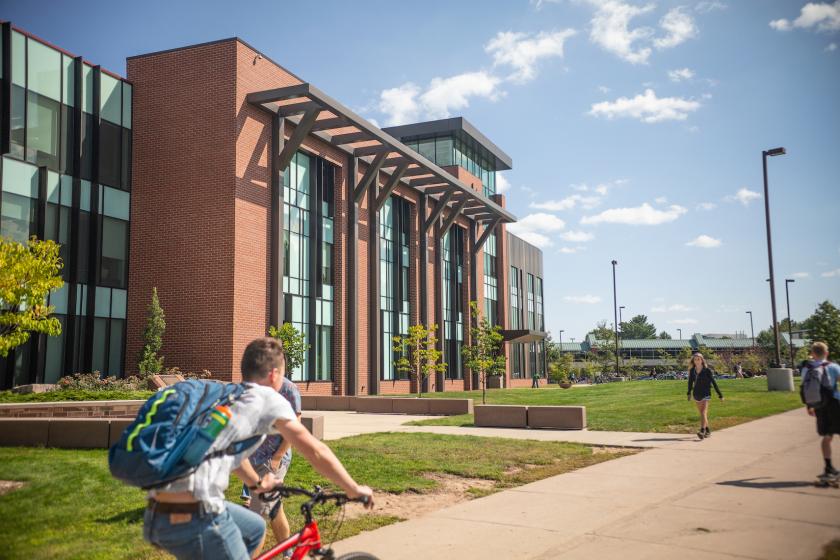 A consultant with 40 years of military and federal service in such areas as national preparedness and resilience planning, global health security and biodefense policy will help Northern Michigan University develop a strategic and comprehensive playbook for its return to face-to-face instruction this fall.

“We have a great emergency response team on campus, but we haven't had experience dealing with a pandemic or high-level epidemic with something as contagious as COVID-19,” said NMU Provost Kerri Schuiling. “David's senior-level experience has emphasized strategy, creating a plan and executing that effectively. Our response team members will use his playbook to move forward in a way that mitigates risk as much as possible for the safety of our students, faculty and staff. We've adopted the medical health professionals' philosophy that it's better to err on the side of safety.”

Adams served 30 years with the U.S. Air Force Nurse Corps. He said most of his background, which included roles with the Office of the Secretary of Defense at the Pentagon, involved health security policy development related to biological threats such as small pox and anthrax.

After retiring from military service, he continued to work in health security and biodefense for the National Security Council and Department of Homeland Security. He played a significant role in the development of the Office of Health Affairs' contribution to the 2014 DHS Strategic Plan.

Adams' background in developing federal plans in the biological arena is complemented by his experience as a registered professional nurse. He said he has enough health knowledge to understand “the left and right margins” for developing safe practices when dealing with a rare, human-to-human transmitted virus of this sort and its impacts on normal operations at an entity like a university.

“After my first interaction via Zoom on Friday, I have to say I'm very impressed with how proactive Northern Michigan University is and the level of thought that has already gone into planning,” Adams said. “They've established a logistics team working group, with 10 subgroups. My role is to connect the dots and find out what interdependencies there are with the various functional groups.

“Obviously social distancing and barrier controls throughout campus will be important when dealing with a large volume of students, faculty and staff. The governor's guidelines must also be considered. The university is already constructing or purchasing plexiglass barriers in areas where there's interface between clients and service providers. Classrooms are being reconsidered for the number of students who can safely be in a given space. And with classes or labs that require more hands-on activity and interaction, disinfecting protocols will be critical.”

The inter-reliance of NMU and the surrounding community will be an important consideration in developing a plan for fall, Adams said. His first visit will involve an exploration of that relationship and an introduction to the campus. His second and third visits will be used to refine planning and review implementation activities in preparation for students' arrival.