Remembering Alumnus Killed at Pentagon on 9/11 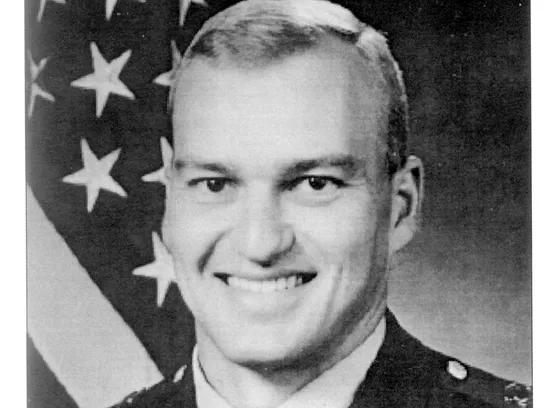 Lt. Col. Kip Taylor, a 1985 NMU alumnus with Marquette ties, was killed on 9/11 when a plane flew into the Pentagon. The 38-year-old aide to the Army's deputy chief of staff for personnel was among 125 who died inside the building. A plaque memorializing Taylor was dedicated and positioned on Veteran's Rock on NMU's campus in 2009. He had entered the university on basketball and ROTC scholarships, and was commissioned into the Adjutant General Corps by his father, who ran the military science program.

Just over an hour before the terrorist attacks, Taylor had emailed friends about how fatherhood had changed his life. He and his wife, Nancy, viewed their 20-month-old son Dean and the other baby on the way as miracles. Both were conceived through IVF.

“After kids, there are days that just get going when you say, ‘Hi honey, I'm home,'” he wrote. “My conclusion is that what we do until that moment pales in comparison to what we do after that point in the day.”

Taylor was killed six weeks before the birth of his second son, Luke. Sadly, tragedy struck the family again in 2003, when Nancy died of breast cancer. The two boys were adopted by Kip's brother and sister-in-law. Luke is featured in a new Washington Post feature on children born after their fathers died in the attacks. He has carried on the family military tradition, serving in ROTC at Texas Christian University.

Kip Taylor's many service awards include the Legion of Merit and Purple Heart, both awarded posthumously. He was raised throughout the world before his family settled in Marquette, where his father headed the university's military science program. Taylor served as team captain in basketball at NMU, and graduated with a bachelor's degree in management.

He earned his Master of Arts degree in National Security and Strategic Studies at the Naval War College in Newport, Rhode Island. His key military assignments included his position as the executive officer to the U.S. Army Regional Personnel Center in Nurenberg, Germany; the doctrine and curriculum developer at the Fort Ben Harrison, Indiana Army Personnel School; the Adjutant and Personnel Detachment Commander of a special operations unit at Fort Bragg, N.C.; and as the Military Assistant to Lieutenant General Timothy J. Maude, DCSPER.

According to pentagonmemorial.com, Edgar Guest's poem Living hung in the home of Kip Taylor's family. It was one of his favorites and summarizes his joyous and perceptive outlook on life:

The miser thinks he's living when he's hoarding up his gold;
The soldier calls it living when he's doing something bold.
Oh, the thing that we call living isn't gold or fame at all!
It's fellowship and sunshine, and it's roses by the wall.
It's evenings glad with music and a hearth-fire that's ablaze,
And the joys which come to mortals in a thousand different ways.