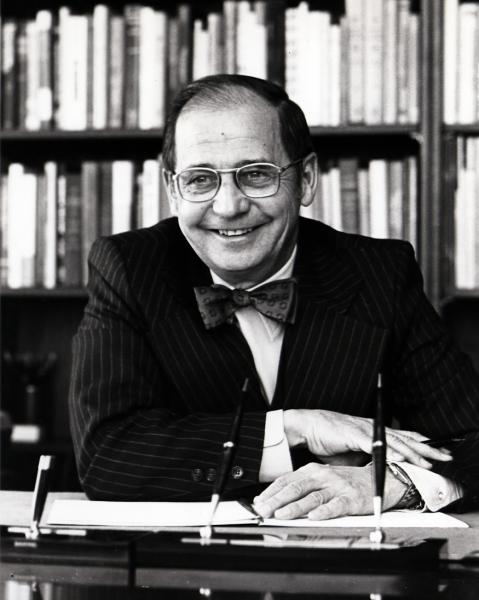 Former Northern Michigan University President John X. Jamrich passed away Sunday, Feb. 20, in Savannah, Ga., at the age of 101. He served as NMU's eighth president from 1968 until his retirement in 1983. His 15-year tenure—the third-longest of any Northern president—was marked by tremendous growth in enrollment, academic programs and community outreach.

“Dr. Jamrich was the president who handed me my degree at commencement when I was a Northern graduate," said NMU Interim President Kerri Schuiling, a '73 graduate. "In his 101 years, he set the example of what it means to be a lifelong learner. He was a dedicated Wildcat throughout his time as president and thereafter. Under his leadership, Northern enjoyed many remarkable achievements. We owe him a deep debt of gratitude for the foundation upon which the University continues to build today."

According to John X. Jamrich: The Man and the University, Northern's physical campus grew substantially under his leadership, with construction of the Learning Resources Center, Jacobetti Skills Center, PEIF and Cohodas Hall.

It was also a time of new university-business partnerships, the start of women's athletics, student protests, union organization and—near the end of his term—financial hardship due to state budget cuts.

“John was personally on top of everything during his presidency,” said History Professor Emeritus Russell Magnaghi, the book's author, in a Northern Magazine story on Jamrich's 100th birthday. “In fact, it's hard to find things that were happening on campus during his administration that he wasn't involved in. He wasn't concerned about looking for another job and was completely devoted to NMU. He fulfilled the philosophy of Edgar Harden of turning Northern into a quality undergraduate/graduate institution.”

In A Sense of Time: The Encyclopedia of Northern Michigan University, Magnaghi wrote that Jamrich had to navigate the transition from a unilateral presidency, where all decisions were made from the top down, to one of shared governance.

Northern remained an integral part of Jamrich's life after he retired. He was an active musician and even wrote a 10-minute composition for the NMU centennial celebration.

In the year he was born, Warren Harding succeeded Woodrow Wilson as U.S. president, the 19th amendment gave women the right to vote, the forerunner to the National Football League was formed, the American Civil Liberties Union was founded and the treaty of Versailles officially ended World War I.

Jamrich was born in Muskegon Heights, Mich., but spent several years on a farm in his parents' native Slovakia. He was fluent in multiple languages, from Slovak and Bohemian to German. He also learned Russian while working with the U.S. Army Air Corps in Alaska as a liaison weather officer, translating forecasts to the Soviet squadron during World War II.

“During his military service, Jamrich acquired his middle name,” states Magnaghi's book on his NMU presidency. “U.S. Air Corps paperwork required a middle initial. Jamrich had no middle name so he just made an X. When further pressed for a complete name, he randomly selected Xavier.”

Jamrich and his wife, June, who passed away in April 2020, were longtime philanthropic supporters of NMU. They established the John X. and June A. Jamrich Endowed Music Scholarship, which the family has requested those wishing to express sympathy for John's death consider supporting, and the John X. and June A. Jamrich Family Art Endowment. In addition, they helped to sustain a variety of scholarships and funds over the years, and gave to the Center for Upper Peninsula Studies, the DeVos Art Museum, NMU Athletics and many other programs and initiatives.

The Northern Michigan University flag will be lowered to half-staff on Wednesday, Feb. 23, in remembrance of Jamrich. Canale-Tonella Funeral Home and Cremation Services is serving the family and will post the full obituary here. 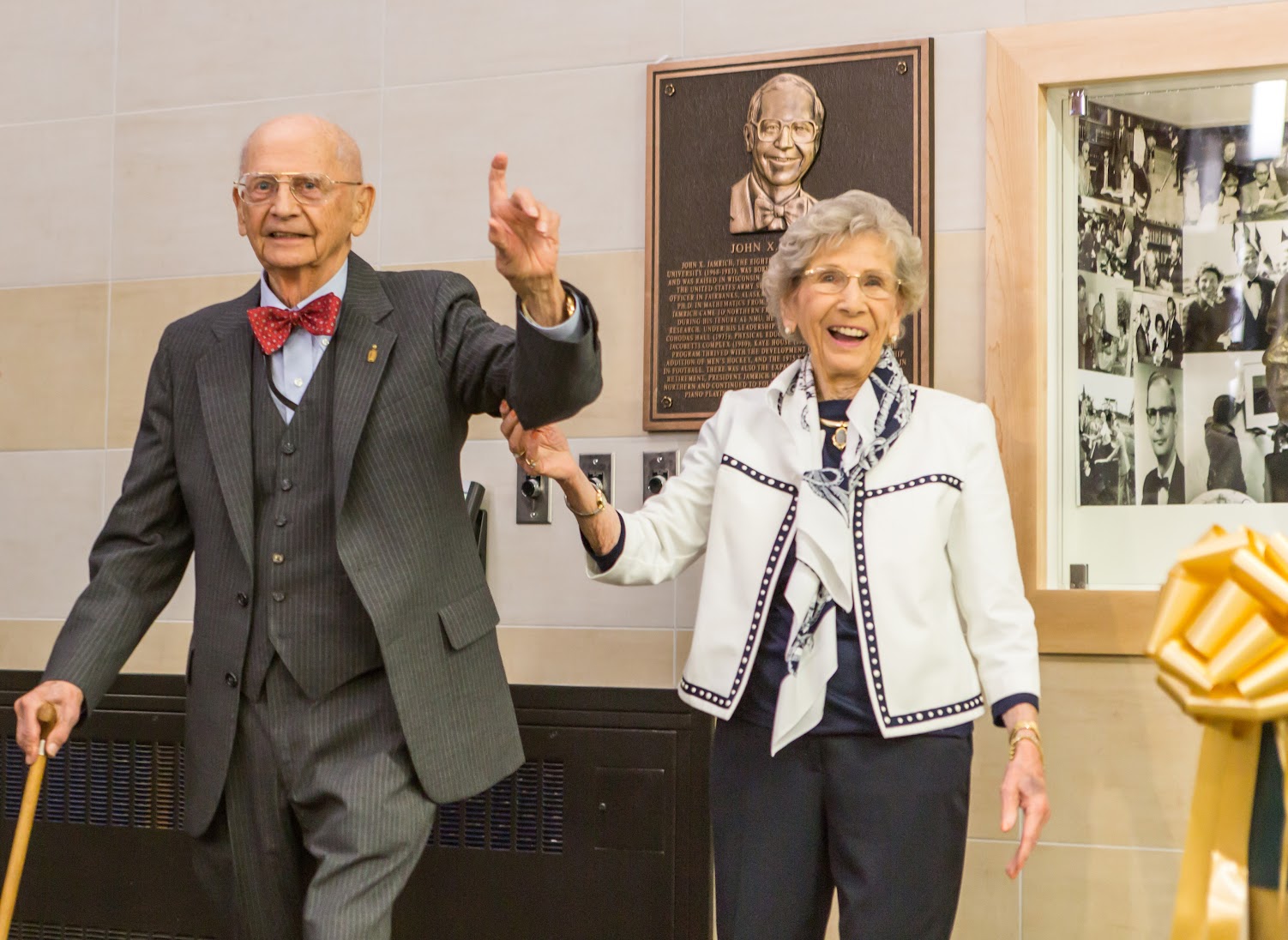 John and June Jamrich at the 2014 ribbon-cutting ceremony for the new Jamrich Hall.
Prepared By