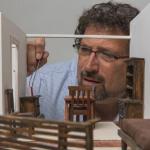 Jul. 12, 2018 —
The first female police captain in the United States, Frances Glessner Lee (1878-1962), was perhaps best known for her “Nutshell Studies of Unexplained Death.” These exquisitely detailed, miniature reproductions of real-life crime scenes revolutionized the emerging field of homicide investigation in the first half of the 20th century, according to the Smithsonian. The state of Maryland still uses them to train forensic professionals. Northern Michigan University criminal justice students will benefit from exposure to a similar dollhouse-sized diorama this coming academic year. Marquette resident and NMU alumnus Dave Mastric ('05 BA) was commissioned to create his first nutshell study of a gruesome murder case he discovered online.
Read more about Miniature Murder Scene a Teaching Tool 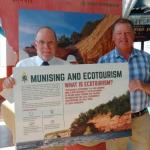 Jul. 12, 2018 —
Many Great Lakes communities have reinvented or expanded their economies from logging and fishing to travel and leisure. Tourism revolving around the scenic environment offers multi-faceted economic benefits. It also requires adequate strategic planning and investment to avoid the pitfalls of popularity such as seasonal overpopulation, natural resources degradation and pollution. Two Northern Michigan University faculty members have received additional funding for their continuing efforts to promote sustainable eco-tourism. The project—already underway in Alger County—could lead to year-round economic stability in the region and serve as an innovative model statewide.
Read more about NMU Profs Promote Sustainable Ecotourism 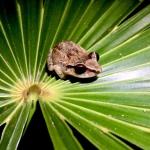 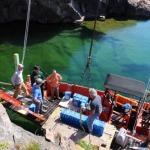 Jun. 15, 2018 —
A collaboration between NMU and NASA began this week. Contractors are transporting instruments to Granite Island to set up an offshore solar radiation-monitoring site for NASA’s Clouds and the Earth’s Radiant Energy System (CERES) experiment. CERES has been measuring Earth’s radiation via satellite for more than 30 years. In an effort to validate that data through ground measures—ideally over water, far from land contamination—NASA selected a Lake Superior location after decommissioning a previous Chesapeake Bay site because of safety issues. The goal is that analyses of  CERES data will lead to a better understanding of the role of clouds and the energy cycle in global climate change.
Read more about NMU-NASA Granite Island Project Underway 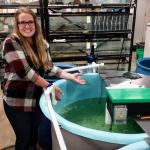 Jun. 13, 2018 —
Two NMU biology master's degree candidates will attend the 2018 International Charr Symposium June 18-21 in Duluth. They are among four students being sponsored by the Greater Lake Superior Foundation. Grace Zimmerman's research statement indicates she is "looking at the influence of food availability and temperature on individual differences in metabolic rate in brook trout (Salvelinus fontinalis)." Jacob Bowman is focusing on "how the metabolic physiology of individual brook trout determines their life history characteristics, including migration and movement within streams.”
Read more about Grad Students to Attend International Charr Symposium 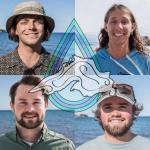 May. 30, 2018 —
Two NMU students and two alumni comprise Four the Water, a group circumnavigating Lake Superior by kayak to raise awareness of the importance of clean water and funding for nonprofits that protect the Great Lakes. The friends reported on Facebook meeting friendly and interesting people in their first week, including a “wonderful gentleman who shared many stories with us about life on Au Train Island since the late ‘70s, including his pet wolf (not really his pet, but he has one on the island).” There was also Ben, “who taught us how he nets fish as he is a Chippewa Native, allowing us to hop on his canoe.” They will make a documentary about their journey and hope to screen it at film festivals in the Great Lakes region.
Read more about 'Four the Water' Paddling Lake Superior