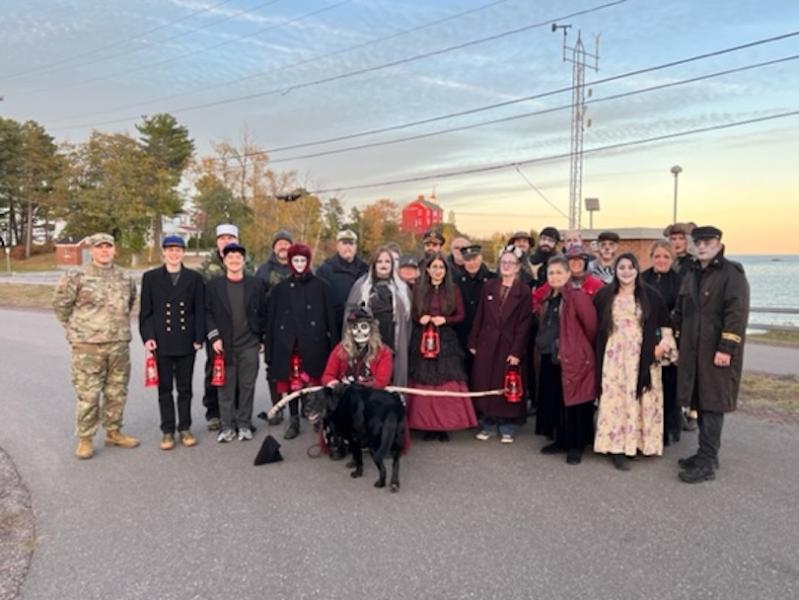 Several members of the NMU Student Veterans of America organization, along with alumni veterans, participated in the "Ghosts of Lighthouse Point" fundraiser Oct. 20-22, which raised more than $4,000 for the Marquette Maritime Museum. The annual event also gathered hundreds of pounds of nonperishable donations for the NMU Food Pantry.

The fundraiser included a guided tour of buildings on the Maritime Museum grounds, the Marquette Lighthouse and the U.S. Coast Guard Station, with historical ghosts said to occupy the buildings represented. There were also "wandering" ghosts on the grounds representing ghosts rumored to haunt other buildings and locations in Marquette.

This year's event revolved around two French Minesweepers and their crews, which were lost in Lake Superior in 1918, as they were being sent from the shipyard in Duluth to France. The incident caused the largest loss of life on the lake ever.

The NMU Student Veterans of America and the NMU ROTC cadets have participated in the museum's fundraiser four previous years, except 2020 because of the pandemic. ROTC fall training exercises prohibited the cadets' participation this year. NMU 2022-23 Student Veteran of the Year Nick St. Onge was among the stdent veterans who helped at this year's event.