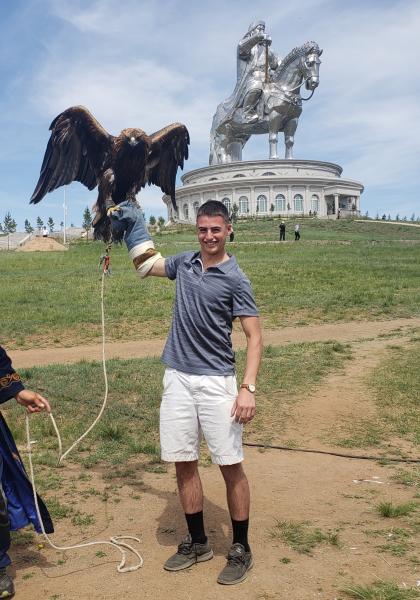 “Teaching English to the Mongolians was very fun,” said Wernholm. “They actually know a good amount and loved to ask us questions about American government and our way of life. It is amazing how much they knew because I was immersed in their culture for about a month and picked up very little. The languages are just so different.”

In addition to teaching English classes, Wernholm had the opportunity of being part of Khaan Quest, an annual Mongolian military exercise held for a week in the summertime.

“Over 30 UN nations were there working on specific skills, such as riot control, setting up mobile checkpoints and being involved in an operation control center,” said Wernholm. “It was amazing to see how high ranking officials communicate across vast language barriers.”

Wernholm also worked with a non-governmental organization called the Veloo Foundation and assisted in building a volleyball court at a summer camp for underprivileged children.

During his time in the country, Wernholm observed the similarities and differences between Mongolia and the United States.

“The younger generation is becoming very Westernized and likes a lot of American things, from sports to music, but the older generations are still very traditional,” said Wernholm. “From what I observed, the middle class is almost non-existent, which is very different from the United States. All in all, I would say that Mongolia is clearly on the opposite side of the world from the United States, but is turning more and more Western.”

Wernholm decided to join the NMU ROTC program out a need to serve the United States in he feels is the best way possible.

“To me, service is something I strive to do everyday and in my opinion the Army values which are loyalty, duty, respect, selfless service, honor, integrity, and personal courage are all imperative to serving something more important than yourself,” said Wernholm. “I love what the Army stands for.”

NMU's Wildcat Batallion of U.S. Army ROTC was established in 1969. It continues to offer scholarships and financial assistance for the education and training of highly qualified and motivated young men and women who desire to be commissioned as officers after graduation. 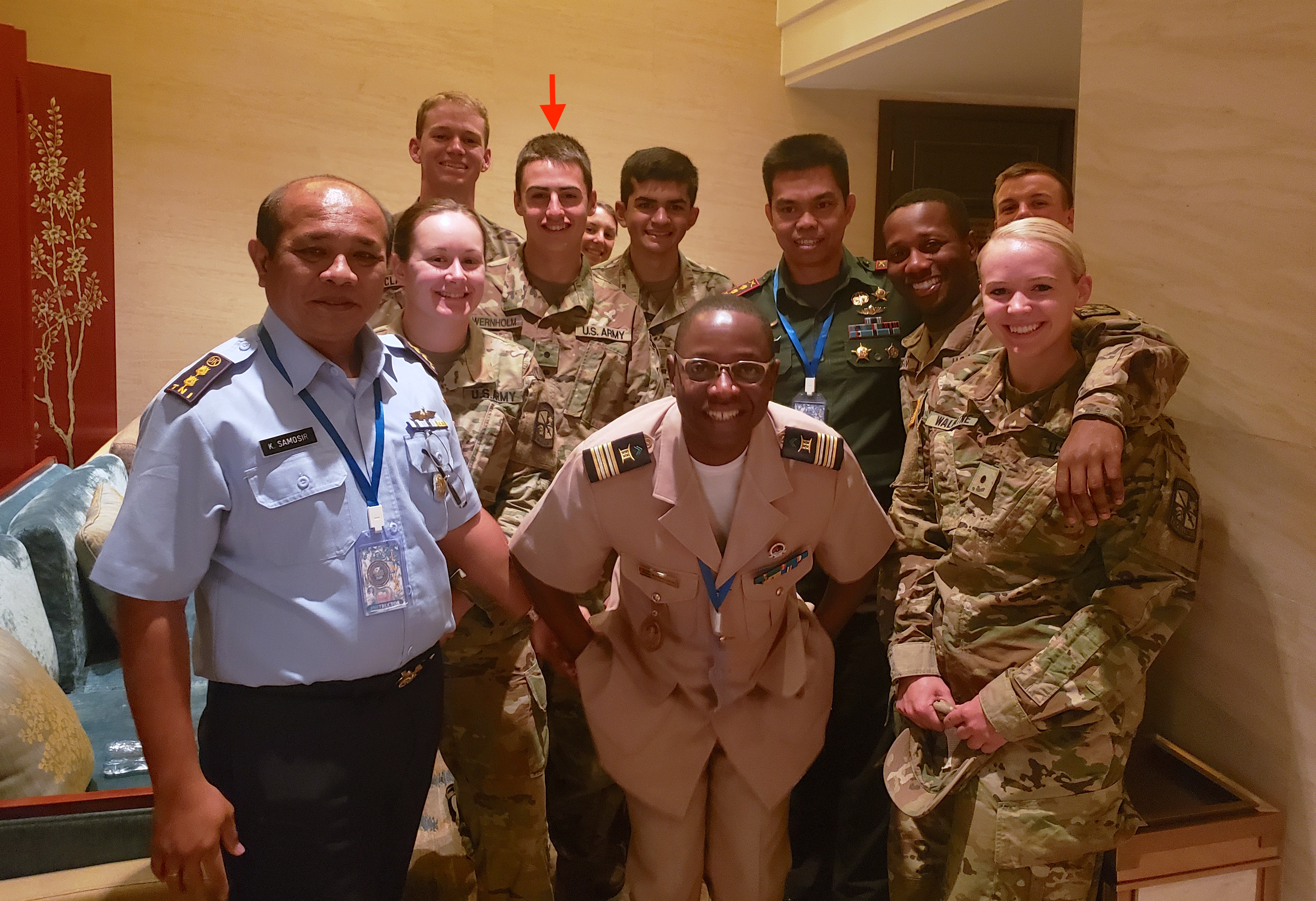 Wernholm with cadets and officers
Prepared By