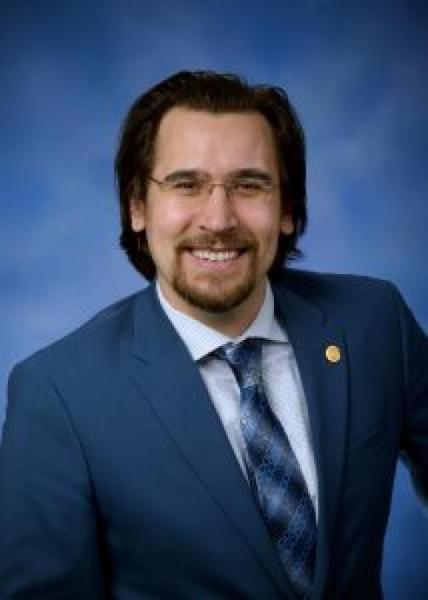 NMU alumnus Brad Paquette (BA 2009) stated that he accepted a challenge from students in his high school civics course to take his “active citizenship” to the next level. So he decided to run for office and was elected to serve the 78th District in the Michigan House of Representatives. His committee appointments include vice chair of the House Education Committee for the 2019-20 legislative term. After receiving his bachelor’s degree in political science and pre-law from NMU, Paquette earned a master’s in teaching from Andrews University and served as an educator at Niles High School in the New Tech program. The 78th District he represents encompasses portions of Berrien and Cass counties.