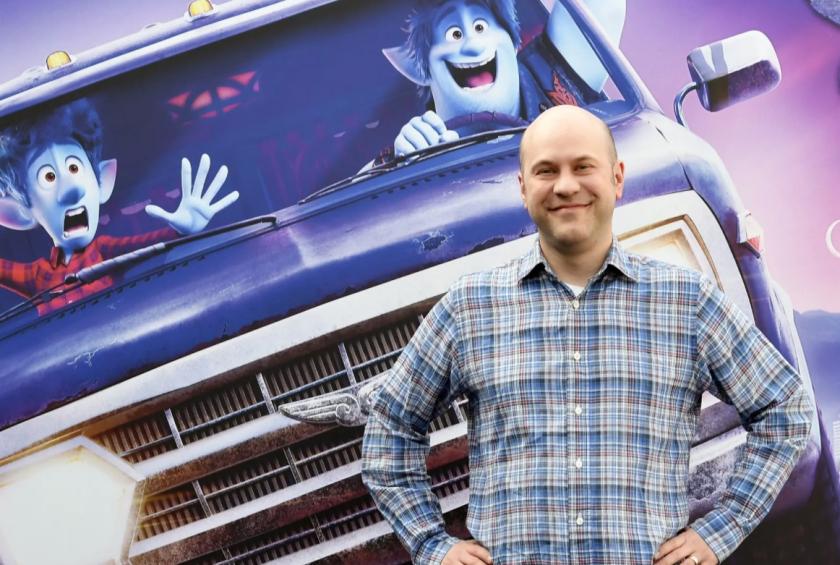 Four NMU alumni played pivotal roles in the creation of Disney-Pixar's Onward. The film's theatrical release was cut short by COVID-19, but its heartwarming premise and early availability on digital platforms have made it a welcome diversion for families self-isolating at home. Onward's story was inspired by director-writer Dan Scanlon's ('87 VOC) experience losing his father when he was only 1 year old and his brother was 3.

"Given the situation, it's wonderful to be able to share the movie and have people see the film, and give some entertainment and hopefully some joy and distraction from all that's going on," Scanlon told Entertainment Weekly. "It's been wonderful on Twitter and social media, seeing images of families watching the movie. They've been sending me wonderful messages about how much they enjoyed the movie and how much it meant to them during this time.

The film follows teenage elf brothers Ian and Barley, who embark on a magical quest to reunite with their late father for one more day. When their mother discovers her sons are missing, she teams up with the mythical manticore to bring her boys back home.

“When I was trying to come up with an idea for a film, you look to the sad things, you look toward your fears, because that's where drama comes from. You look for the fun, too,” said Scanlon in a Vanity Fair feature. “I was talking to my mom on the phone and I said, ‘The truth is, I don't know what to make a movie about because nothing sad ever really happened to me. [She said,] ‘You lost your father.' I said, ‘Yeah, but that's not sad because I don't remember him.' And she said, ‘That's why it's sad.'”

The characters of Ian and Barley have a sincere, sensitive relationship in which they openly talk about their feelings. Scanlon said it mirrors how he and his brother, Bill, were raised to interact.

NMU alumnus Kelsey Mann ('98 BA) served as head of story on the Onward team. He previously was story supervisor for Monsters University, an earlier Pixar release directed by Scanlon. Mann said they typicallly do multiple screenings of films at Pixar Animation Studios to obtain feedback and make adjustments. For Onward, they did eight, plus a ninth that was an audience preview.

“If you look at the first screening of any Pixar film, it's so different from the one that's theatrically released,” added Mann in a Slash Film feature story. “It changes a lot, and what's unique about this film is this ending. We had it from the very, very beginning, and we storyboarded it for screening #1, and we didn't touch it since. I've never had that happen; I don't think that's ever happened at Pixar. We always knew where we were headed with this one.”

In a 2017 NMU alumni magazine feature, Mann said the primary role of his department is to help flesh out the script through storyboarding, which is essentially drawing the film from the first shot to the last. He added that a single movie has required as many as 170,000 drawings.

“We have to wear many hats during that process—from writer to cinematographer to actor,” he said. “Through our drawings, we convey the overall mood and what the characters are feeling. Our drawings are all black and white; we don't get into color. But we do get into lighting, which helps affect the mood. Sound effects, music and dialogue also add to that. I love the interaction that takes place between story artists and writers. We're involved in the project from beginning to end because you can always fine-tune the story and make it better.”

Scanlon described the creative process in a collider.com article. He said once the story artists draw storyboard sequences and pitch him their ideas, the sequences are edited together and reviewed with editor and NMU alumna Catherine Apple (‘84 and ‘87 VOC). Apple was involved in Onward for four years, from temporary dialogue tracks to sound effects to the temp musical score, which brings the emotions to life.

“It was a long journey, but it feels great to see it completed,” said Apple, in a video interview with Más Que Cine. “By the time we got done, we were really proud of it. The first time Dan pitched this to me, I loved the story and I loved the story about the relationship between two brothers—how complicated they are and how wonderful they are. But when the pants half happened, I was like, ‘Oh, yeah—that's so great.' I was really intrigued by the movie then."

Apple's last reference relates to the plot sequence in which the magical spell to reunite with their dad only half works, and the brothers are stuck with a dad who's only visible from the beltline of his pants to his shoes. Apple's other film credits include Hotel Transylvania, Gnomeo and Juliet and Chicken Little.

Neil Helm ('05 BA) served as an animator on the film. He also was profiled with Pixar colleague Mann in the 2017 alumni magazine article titled "Double Feature." Helm is a character animator who worked on Finding Dory, Toy Story 3, Monsters University, Cars 2 and Up. Helm described his work as computer-generated performance. He takes a character that has been digitally created and gives it realistic facial expressions and movements that bring it to life and make it believable.

“There's physics involved because you have to give the character weight and feeling,” Helm said in the story. “To do that, I use video reference. Let's say my job is to animate a character who's saying, ‘Hey, how's it going?' I'll record myself saying that and figure out what's happening with the eyes, brows, mouth and gestures. Then we have the creative license to stylize and exaggerate it. That's the appeal of character animation. If you mimic the real thing, it's not thrilling. But if you stylize, it's more engaging. Character animation is to live action what a caricature is to a portrait.”

Onward was released in theaters March 6, only a couple of weeks before the coronavirus situation shut them down.

This story was prepared by Kristi Evans and Molly Gaudreau. 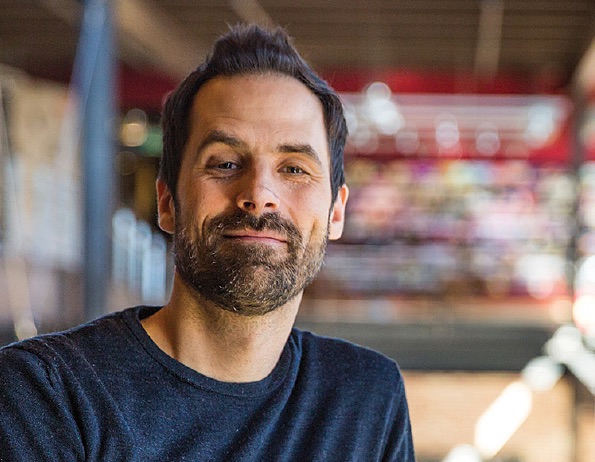 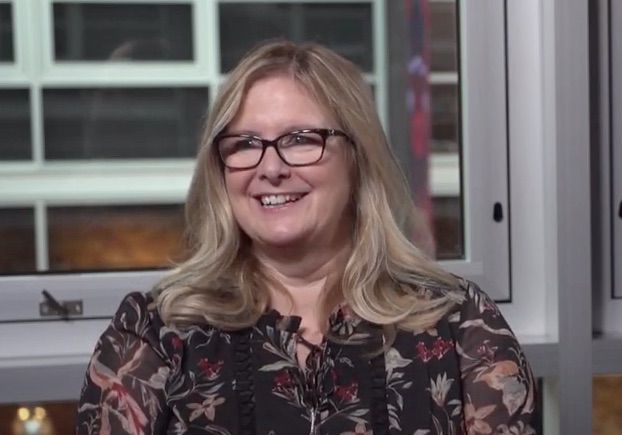 Apple in a still from the video interview 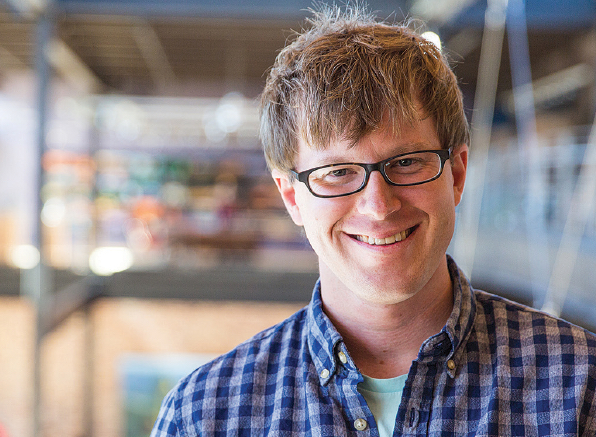