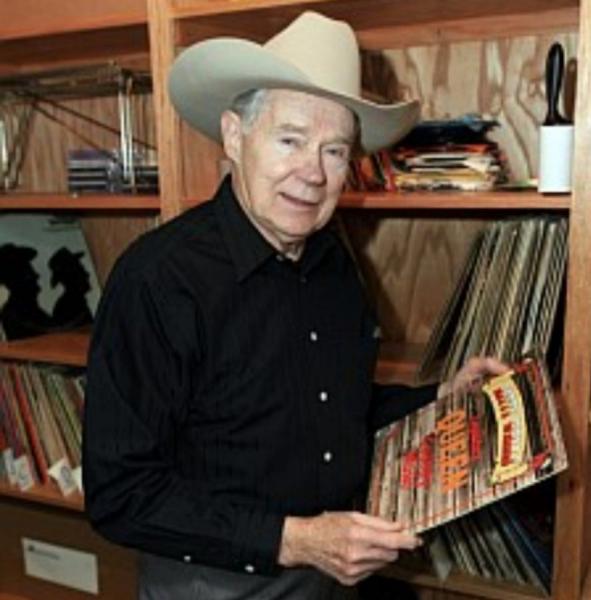 NMU alumnus Elmer Aho of Gwinn, who passed away Feb. 20 at age 90, was a familiar fixture on local radio as the host of American Country Gold. For three decades on Saturday nights, the Marquette Music Hall of Fame inductee shared classic country tunes, told home-spun stories and played listener requests. Aho's legacy and voice will linger through a special tribute program being planned on 103 WFXD, along with continuing broadcasts of his archived shows.

Eric Tasson worked closely with Aho for 18 years, first at WJPD and then WFXD. He ran the board and helped spin records, answered phones and emails, and passed along song requests.

“I was always honored to work with Elmer every week,” Tasson said. “He had a passion for radio. His show covered country music from the 1920s to the 1980s, with bluegrass and Western sets mixed in. When the program started streaming online, we heard from listeners across the United States and overseas. I've never seen anything like that in all the years I've been in radio. Elmer was himself on the air, and people loved his personality. He was a wonderful man—extremely caring, warm, down to earth and non-judgmental.”

Aho served with the U.S. Army during the Korean War. Upon returning to the States, he earned a bachelor's degree from NMU in 1960 and a master's in 1966. He accepted a teaching assignment in Oconto, Wis., before transferring to Gwinn Schools. Aho taught art and history until his retirement in 1986. According to his obituary, summer breaks often included trips to Nashville to get his songs to publishers. After his retirement, Aho embarked on his second career in radio.

Tammy Wixtrom Johnson, a 1994 NMU grad who earned a bachelor's in public relations with a minor in broadcasting, worked with Aho at WJPD from 1999-2010 and at WFXD from 2010-12. She remained in touch with him and his family, and said she was honored to present his introduction during the Marquette Music Hall of Fame induction ceremony.

“Elmer had a magnetic personality that drew people to him,” Johnson said. “He never turned away from anyone who wanted to chat with him. I recall being at an event in the Superior Dome and when Elmer arrived at our booth, all he had to do was say ‘Hi, Tammy' and everyone in the crowd recognized his distinctive voice and turned towards him. He spent the next two hours talking to every single person.

“He was an immensely talented singer, songwriter, painter/artist and broadcaster, but his kindness and generosity really reached across generations. Through his radio show, his voice became a staple in so many homes on Saturday nights because he was a part of all of our families.”

In December 2020, Aho was a recipient of a State of Michigan Special Tribute Award for community service. “I was kind of floored,” he said in a Mining Journal story. “I didn't expect it. I appreciate it very much.”

Tasson said information on the upcoming tribute show for Aho, most likely to air in March, will be posted on the WFXD website and social media accounts. 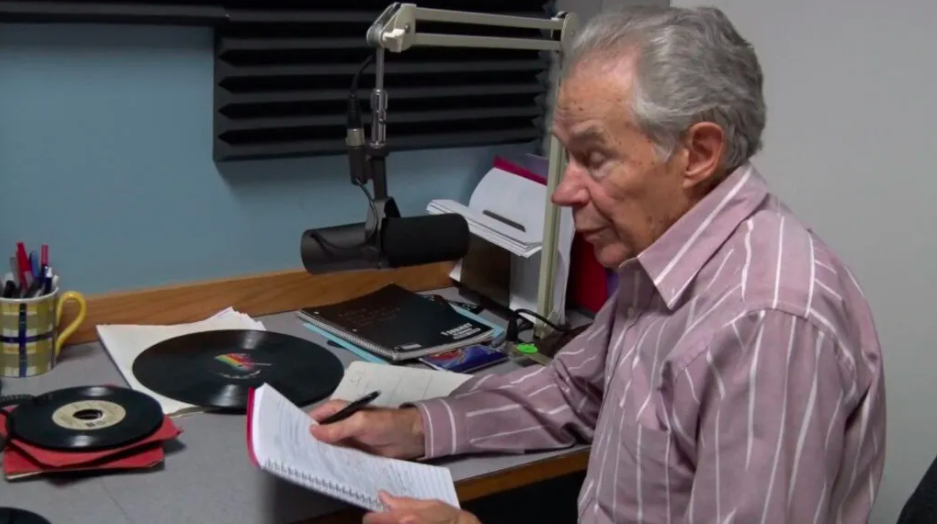