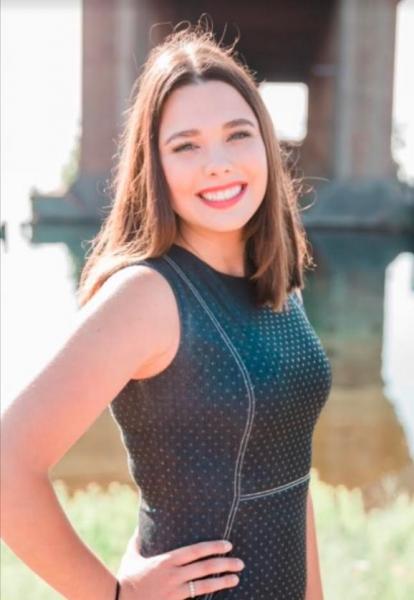 Liberty Turner from Harrison Township has been selected as the student commencement speaker for the Dec. 15 graduation ceremony at Northern Michigan University. She will share her own story of transitioning through college and overcoming challenges to demonstrate how perseverance can lead to professional success.

“Due to my academic standing when I arrived at Northern, I really needed a school that wanted me to succeed just as must as I wanted to,” Turner said. “That’s why I went to Northern, but I fell in love with campus when I became engaged with the supportive community.”

Turner is a major in paralegal studies and economics. She has been the communication chair of the Student Law Forum since 2016 and was a student ambassador for NMU from 2016-2018. Turner has served as an intern with the Department of Veteran Affairs Legal Department during summer 2016, an undergraduate research assistant for the Economics Department in 2017, and is a Legal Assistant at Wideman Filizetti P.C., based in Marquette. She has also volunteered for the Michigan Democratic Party and as a mentor for the Big Brothers Big Sisters of Marquette and Alger Counties.

“After graduation, I plan on working as a legal assistant, applying to law schools, and volunteering until I attend law school in the fall of 2019.”

Turner was a member of the NMU Cheer Team and served as the Marquette Senior High School varsity cheerleading coach. She said some of her biggest influences at NMU were her cheer team coach, who kept her on track, and professors who understood her on an individual level throughout her studies.

“I had a lot to catch up on after high school. The individual learning experience that Northern implements allowed me push myself to do things like apply to internships and find ways to get involved in the community,” Turner said.

NMU’s commencement will be held at 10:30 a.m. in the Superior Dome. The ceremony can be viewed on WNMU-TV or streamed online at nmu.edu/commencement.